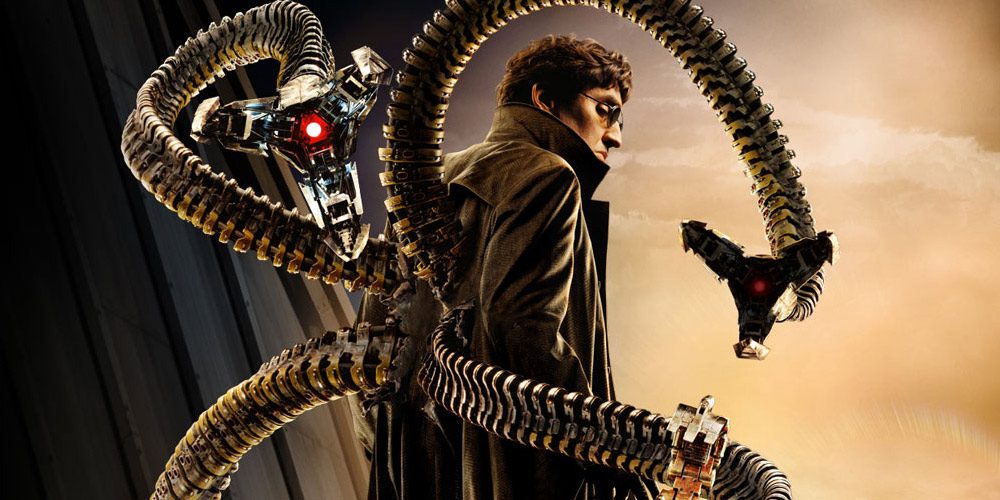 Sam Raimi’s Spider-Man 2 was widely hailed as one of the best superhero sequels when it came out in the summer of 2004.

I didn’t hate it so much.

It had a snappy opening title sequence utilizing Alex Ross paintings of scenes from the first movie.

The paintings are so well-rendered and dramatic that they make the first movie seem better than it actually was. That bought a lot of goodwill for me and I started the movie ready to like it.

And this time around, the filmmakers remembered to include a plot, however thin.

Plus it had one fast-paced, exciting bit of Spider-Man action:

But I have to add that during the conclusion of the scene, where the train passengers carry an unmasked Peter Parker to safety — their wounded Savior — someone in the audience yelled:

Which resulted in the whole theater erupting in laughter, myself included.

In the 70s Doc Ock was Spidey’s most angry and fearsome foe. In issue #90 he killed Captain Stacey trying to pulverize Spider-Man in a fight.

But my strongest impression of the character came from buying Peter Parker The Spectacular Spider-Man Annual #1 and that character was a mean, psychotic son-of-a-bitch, who killed anyone who crossed him — without remorse. 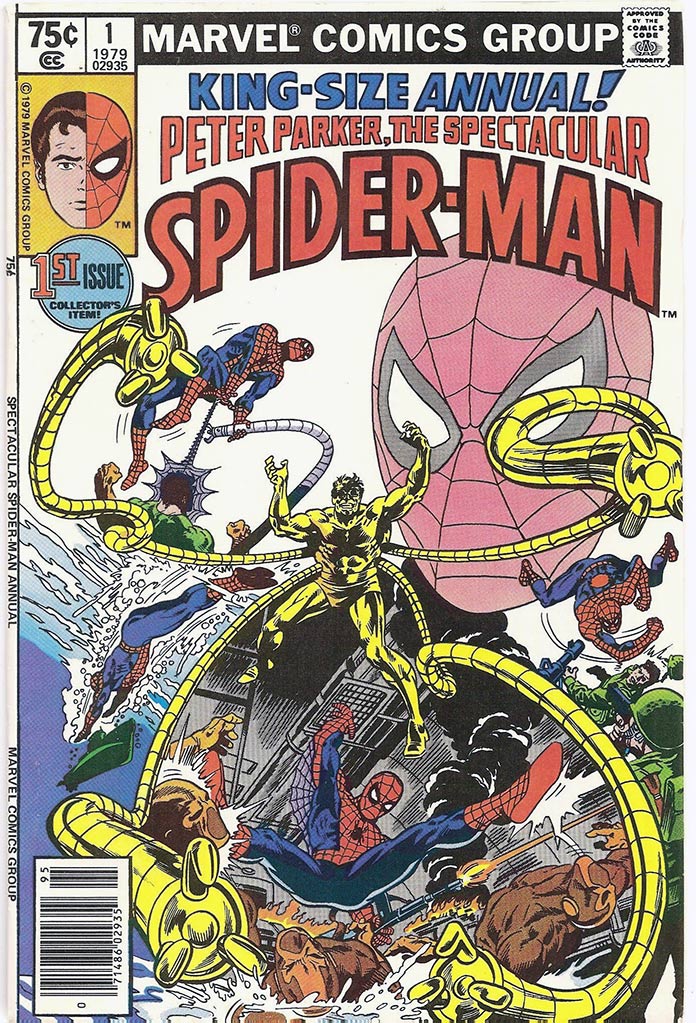 Spidey ripped off one of his arms in the fight and Ock’s talking to them, saying:

That was actually pretty freaky when I was a kid.

That would be a great villain, and a good change of pace from the last film: this time, it’s a soulless Germanic bastard who will do anything to further his legacy.

But, nope, this movie wanted to make him friendly and nice, just a little obsessed with his work.

Can’t anyone simply be a bad person in these Raimi Spider-Man movies?

And when Peter gives up being Spider-Man for a spell, we are treated to a montage set to “Raindrops Keep Falling On My Head.”

During that bit of silliness, Pete turns his back on a mugging, which completely goes against the character’s ethos.

At any rate, I left the theater thinking that the film, while plenty dumb, was still better than the first one.

After Spider-Man 3 came out on DVD I bought a three pack of the movies and watched all three back-to-back-to-back.

Sadly, I’m that big of a geek that I bought three films that I didn’t like. 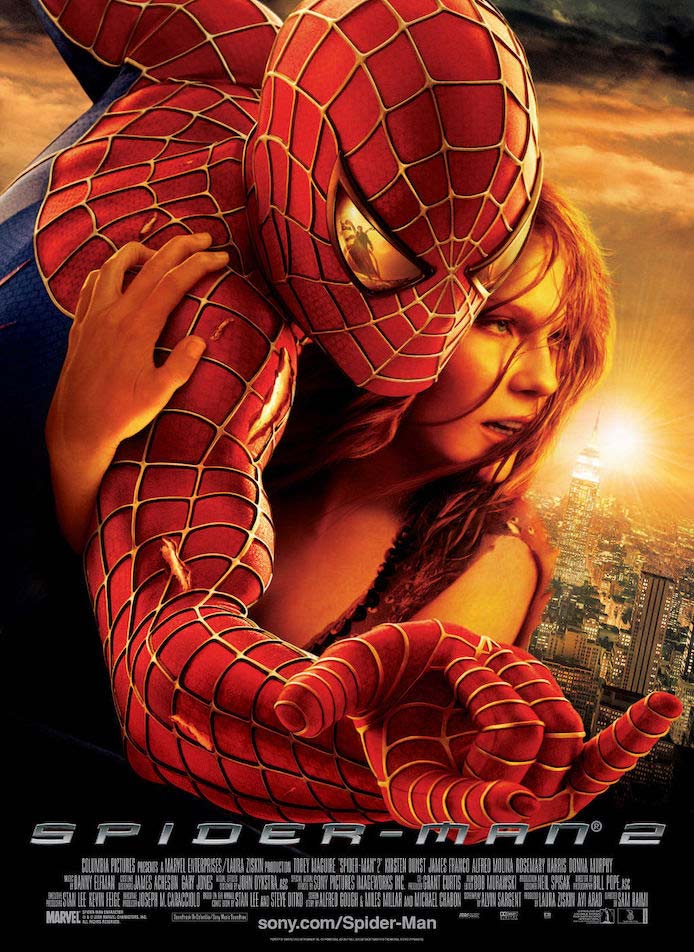 And when I watched it in context with the others, Spider-Man 2 just seemed like more of the same sloppy, unfocused, TV-sitcom poop.

In fact, 2 is the slackest of all three movies.

Case in point: in the film, Peter Parker is suffering self-doubt and starts losing his powers.

So he visits a shrink in a slow and pointless scene. 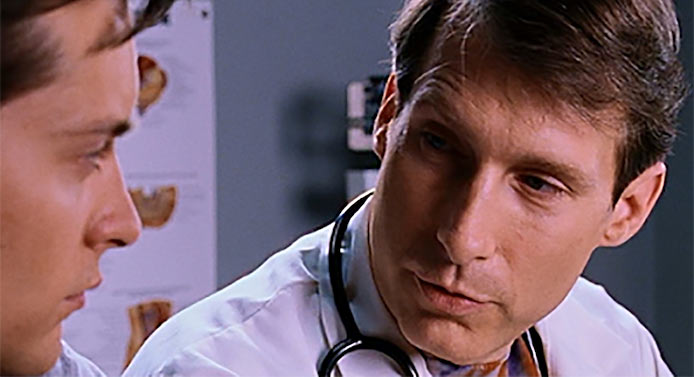 And the script actually has Peter saying:

“I keep having dreams I’m Spider-Man. Actually, I have a friend, who has dreams he’s Spider-Man.”

That’s straight out of… well… pick your sitcom.

I’ve said this before but all these filmmakers keep pushing Spider-Man down and they don’t highlight and celebrate what’s awesome about his powers or his character.

I’d even go so far as to say the people handling Spider-Man have these preconceived notions of what Spider-Man is based on pop culture opinions.

“Oh, he’s a nerd and a loser. Nothing ever goes right for him.”

It’s the equivalent of thinking one of those “Beam Me Up Scotty! There’s no intelligent Life Down Here!” bumper stickers is funny. 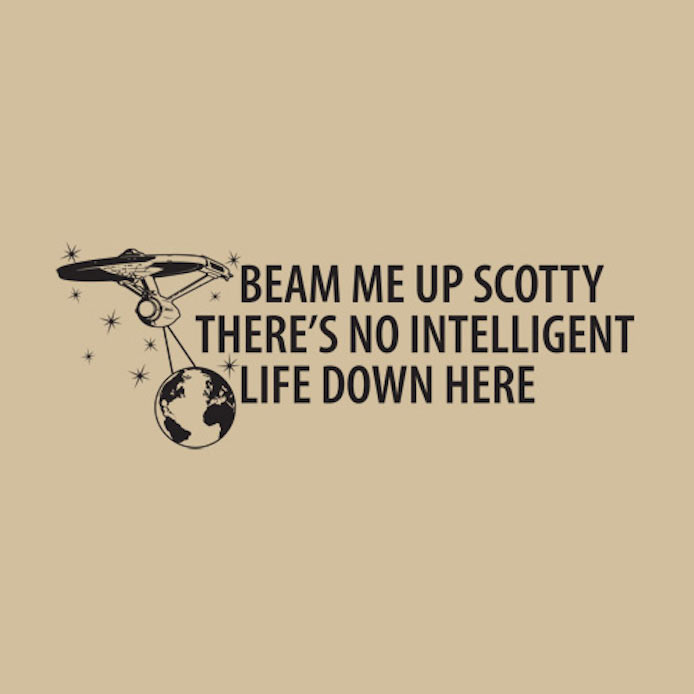 It’s as if Spider-Man has been written by — and for — some 300 lb fat women who carry their chihuahuas in nursing slings and utter hackneyed quips.

Make him a flesh and blood person! And NOT mush-faced, mush-mouthed Tobey Maguire!

There’s also are heaps of time-wasting filler in this film with no ticking clock.

For most of the movie, Pete is moping around about MJ when there’s a 6-legged criminal mastermind on the loose!

And if you must go with the “Doc Ock’s a good guy at heart” concept, at the very least have a race to find the good doctor before the cops do.

Meaning, at the very least tighten the goddamned script!

In the effort to be brief I will list all the crap that should’ve been cut or changed from the screenplay in order to add immediacy and actual danger to Spider-Man’s hunt for Doc Ock.

In no particular order:

1) Why is Peter a clutz with the mops and brooms while delivering pizza?

He’s not Clark Kent. He doesn’t have to play the dope so people won’t suspect.

You got webs, use them.

2) And with that, why is Peter getting smacked in the head by book bags at college when he’s got both spider-sense and super spider agility?

And movies are supposed to offer laughs and entertainment and such truck.

But I come from the school of thought that states: “you don’t make jokes at the expense of the character when it simply wouldn’t happen — unless the character is drunk.”

We laugh at things that play into the personality traits of the character.

The money problems and the landlord screaming for “Rent!” were amusing and in character, for sure.

3) The whole losing his powers jazz. It was too early in the series/Spidey’s crime-fighting career for that.

4) Make way more out of Doc Ock’s AI Arm technology. That’s a major breakthrough right there and they just glossed over it like the Green Goblin’s vaporizing bomb tech.

A smarter writer/director would have shown a news feature explaining how Octavius built those arms to hold the fusion reactor in a big build up to the day when his wife dies.

The way it’s written and played out, it’s almost parody.

5) Lose the elevator scene with that 15-minutes of fame has-been.

6) Cut the phone call to MJ down to “I’m sorry.” It’s interminable after that.

7) And with that, lose the psychiatrist scene. Make room for scenes of an actual manhunt for Doc Ock. For a guy who nearly murdered a hospital staff, robbed a bank, tried to outright murder at least two subway passengers while putting hundreds more in peril, the whole town seems pretty blasé about catching him.

When they’re on that walk in Chinatown, and Pete’s saying, “Pierce me, I bleed!” I’m like:

“Who gives a shit! Either tell her you’re Spider-Man or don’t, but stop with this infernal wheel-spinning!”

9) Cut the subway scene at the Spider-Jesus point. Awful.

10) Aunt May’s pep talk. THE WORST. Rosemary Harris delivers those lines like she’s reading a butterscotch cookie recipe. I can’t blame her as on the nose as those clichés are.

11) The Russian Landlord’s daughter and the cake. WTF? Yeah, that’s what we need at this point in this meandering mess. ANOTHER CHARACTER!

And again, we’re treated to another lackluster finale:

“Ock’s fusion reactor is going to destroy the city! Let’s go straight to an abandoned warehouse again to really wow the audience.”

Just like that, poisonous, half-crazed, bloodthirsty Doc Ock is a good and decent man.

And did you know the best way to stop an out-of-control nuclear reactor is by simply putting it in water?

Questioning the science of any comic book movie is beyond the pale and off-limits.

At any rate, the final insult is that Mary Jane finds out Peter was Spider-Man during the battle and utters the line:

“You know, I think knew it was you all along.”

To which Peter should have said:

Again, stick with the simplicity of the comics.

She knew his secret and couldn’t deal with it.

Then finally, she throws caution to the wind and can.

Or can’t, as she quickly proves in Spider-Man 3.

To be concluded, True Believers.