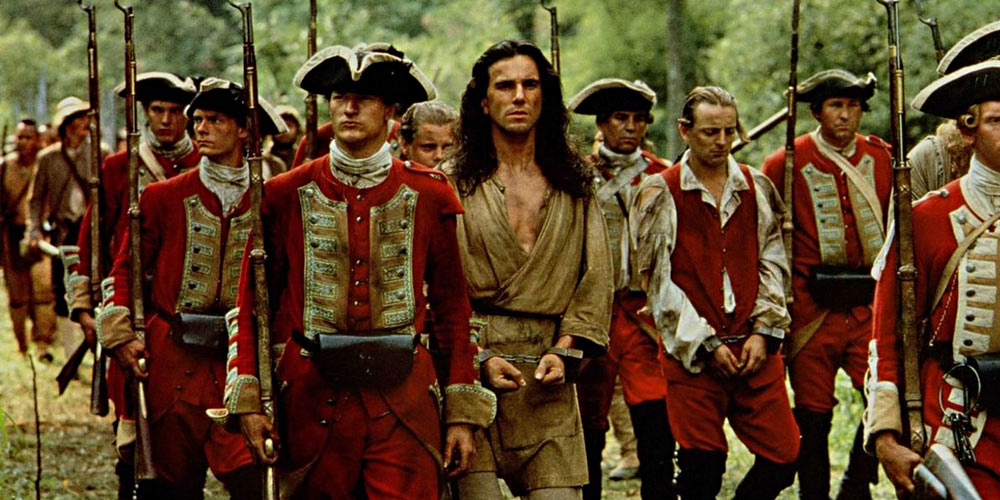 Is that a scene from CSI: Hong Kong?

The Michael Mann that can shoot intense, personal character moments:

The filmmaker that can make a courtroom or a broadcast studio crackle with tension:

While being the same director who can render a gorgeously fatalistic scene like this:

He’s Got Nothing To Do With This Reboot

I just wanted to talk about Michael Mann.

Who is involved with the BBC version is the production company Playground, which has previously produced something called Wolf Hall.

Playground will be adapting the Leatherstocking Tales, a series of five novels by The Last of the Mohicans writer James Fenimore Cooper, set in the eighteenth-century era of development in the primarily former Iroquois areas in central New York.

Mohicans is the second novel in the Leatherstocking Tales series that features the frontiersman known alternatively as Leatherstocking, The Pathfinder, Deerslayer, La Longue Carabine (French for “long rifle”) and Hawkeye.

Yes, it’s the same character that Daniel Day-Lewis played in the 1992 film adaption.

This is a familiar formula at Playground as they combined Hilary Mantel’s novels Wolf Hall and Bring Up the Bodies into the six-episode BBC mini-series Wolf Hall, a historical drama follows the story of Thomas Cromwell through his rise in English court.

Wolf Hall is high rated by both critics and viewers alike, with a 98% RT critics score and an 8.1 rating on IMDb.

Based on that trailer it seems a little too Masterpiece Theater for me, but perhaps Playground can deliver something worthy of at least living in the shadow of Michael Mann’s great version of this American classic.