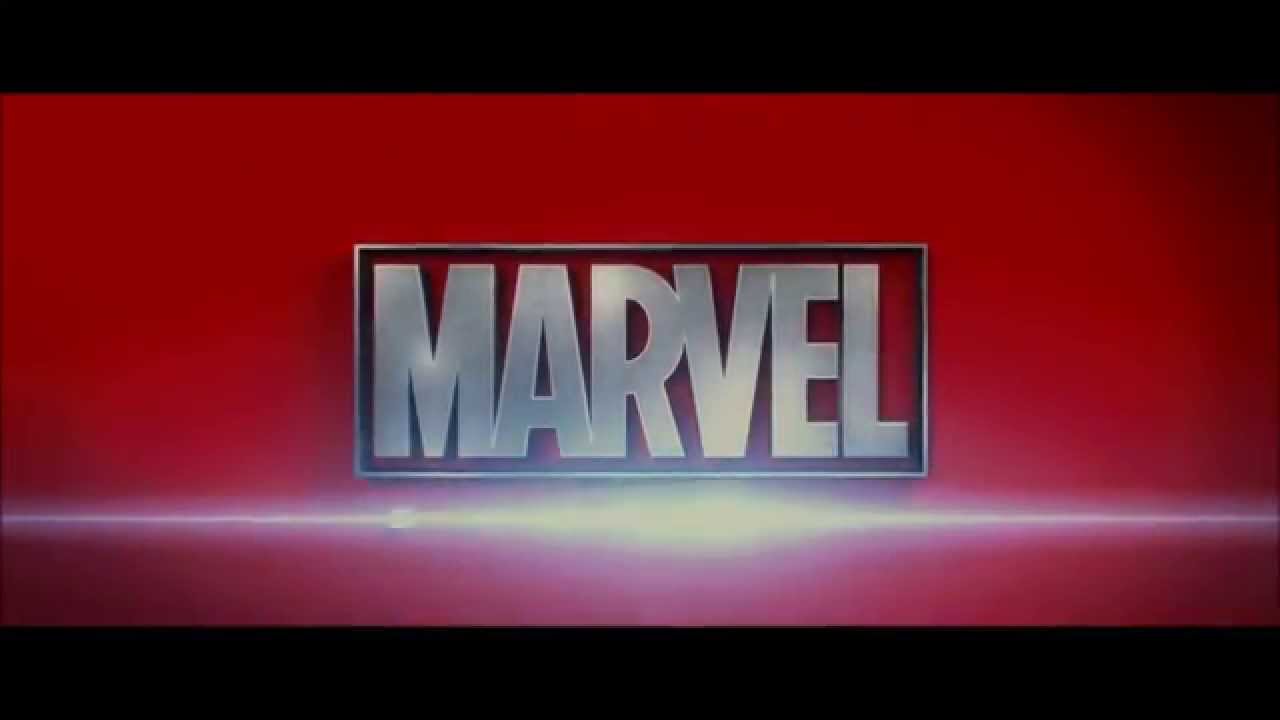 We don’t know what to believe anymore.  First of all, everything coming out of Marvel or Disney via official channels, investor calls and similar pointed to no X-Men related shenanigans in Phase 4.  The disastrous financial and critical response to Dark Phoenix seemed to support suggestions that the characters needed a rest.

A highly rated spy from inside the camp echoed this view, confirming an X-Men free Phase 4 that similarly lacked the Fantastic Four and Doctor Doom.  We covered this here.

And yet, here we are.  In a staged publishing error, some seriously redacted classified military documents have sprung up on the Marvel website. 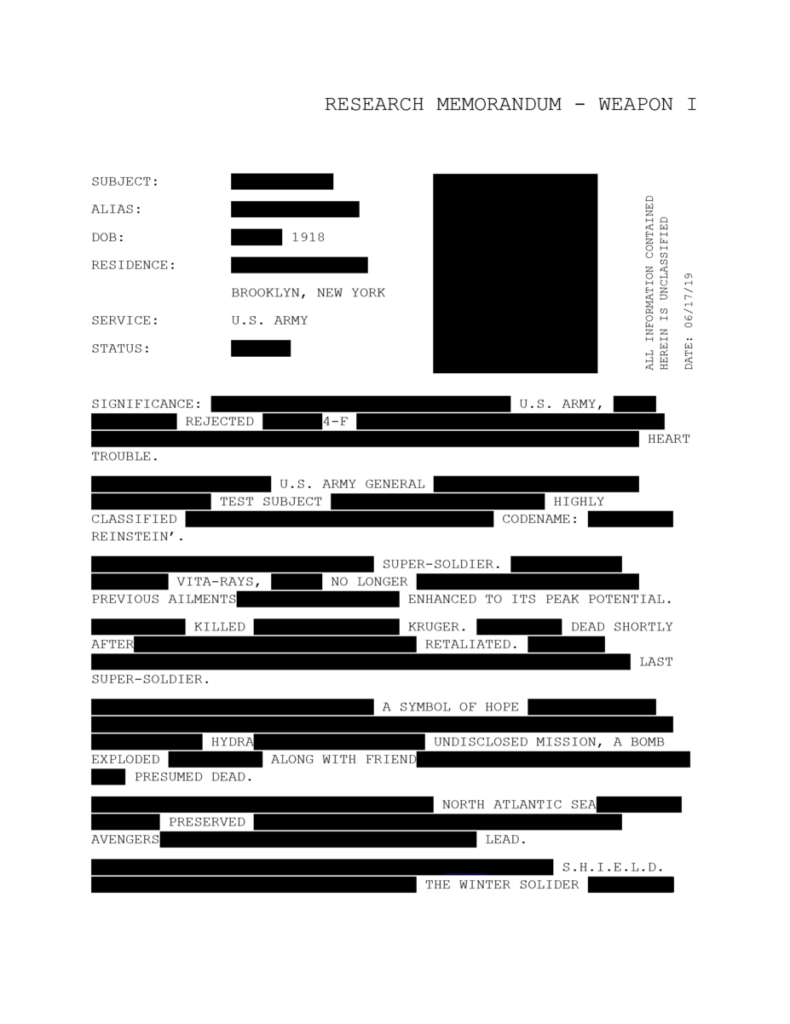 The first details Weapon I.  This is broadly accepted to be Steve Rogers and his transformation into Captain America by super-soldier serum.  Mentions of heart trouble, a symbol of hope, being presumed dead in the North Atlantic Sea as well as S.H.E.I.L.D. and the Avengers would appear to back this up.

Two other subjects were in the Weapon I program.  First was Clinton McIntyre, a.k.a. Protocide, a failed experiment who was placed in suspended animation and was revived in the modern era by AIM. 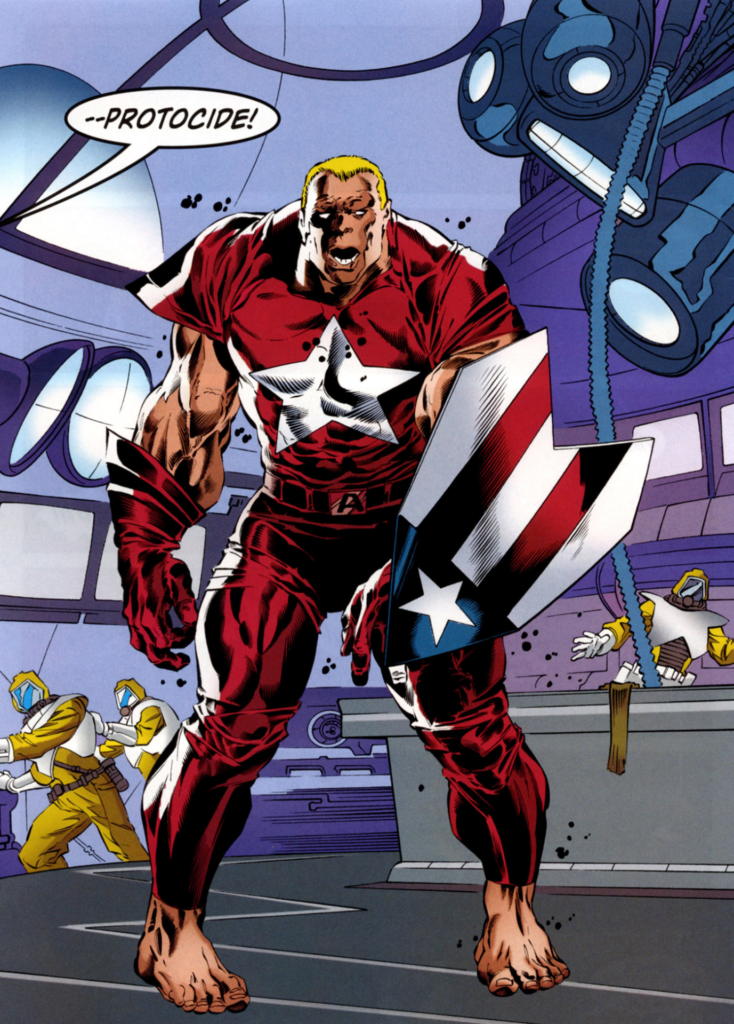 Second, was the first mutant experiment designated Queen.  Both seem to have occurred prior to the Super Soldier Serum being tested on Steve Rogers.  Are we going to see these proto-Caps in Phase 4?

But then things get even interesting. 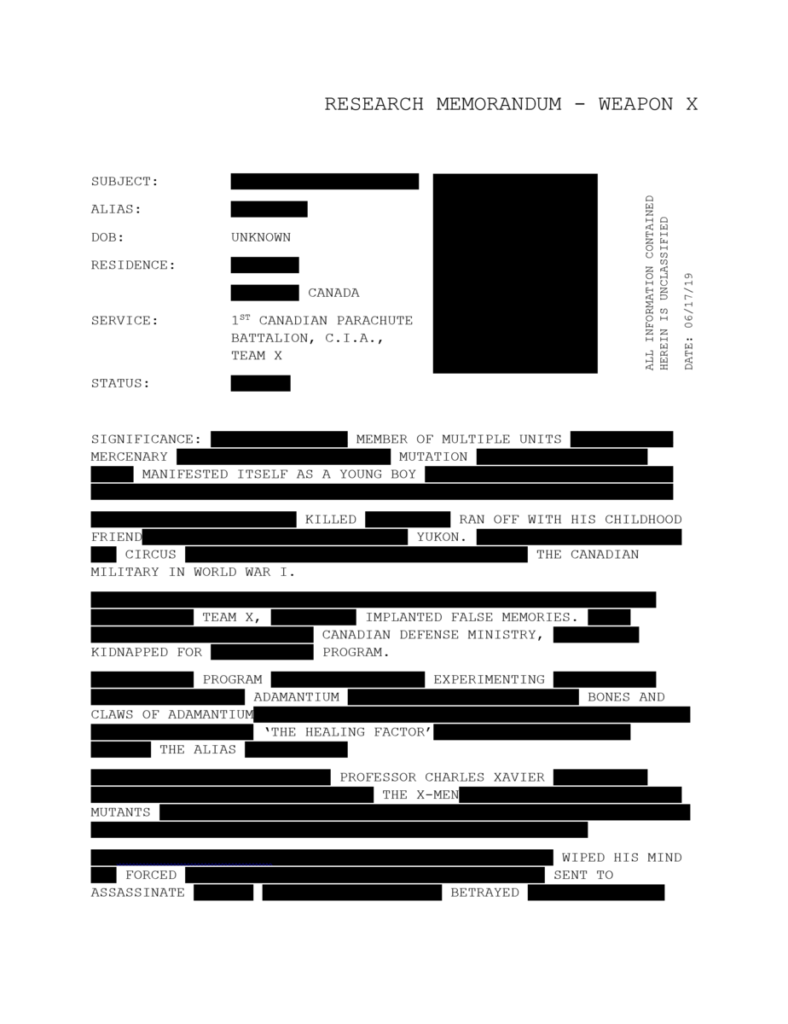 The next document is Canadian flavoured (therefore probably tastes of bacon, maple syrup, and politeness) and mentions Weapon X.  Less ambiguous here.  We all know about the Weapon X program.

The Weapon X program experimented on mutants, most notably Wolverine. Later, however, the study branched off into other fields, employing and/or experimenting on a number of test subjects such as Sabretooth.  Eventually, the program was shut down and became a part of the Canadian government known as Department K. 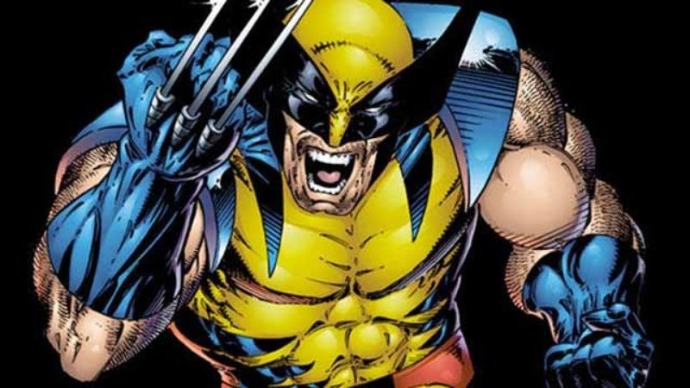 Deadpool, who was a Weapon X reject, was created by Department K.  The Facility, a civilian project with connections to the military Weapon X program, would eventually create X-23, a female clone of Wolverine created using genetic material salvaged from the original project.

The redacted document mentions healing powers, adamantium, and claws, alongside mention of Professor Charles Xavier.  Surely that can mean only one thing? 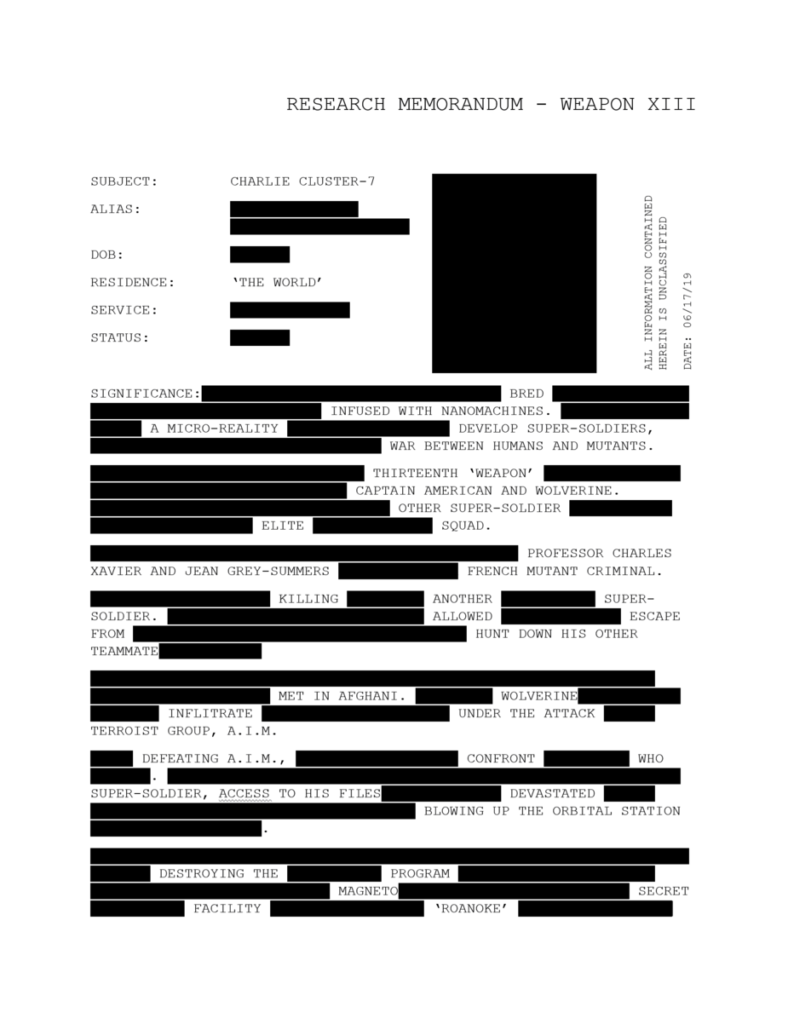 As the Infinity War against Thanos is over and the divergence of Marvel’s cosmic adventures from those set on Earth was mentioned in a leak, has this just revealed the next big Earthbound arc?

The theme running through all the Weapon Plus stories attempted to unlock secrets of mutation or to create super-soldier combatants to fight the long-feared human vs. mutant war.  Is that what Phase 4, 5 and 6 will use as a driving narrative?

With Captain Fivehead being off-world scowling at the Patriarchy and unlikely to feature in any more team-ups because the rest of the cast detest her, that is one super-being removed.  Thor is off with the Guardians Of The Galaxy.  Probably just catching a ride, but potentially to feature in their expected coming battle with Adam Warlock.

He was teased in a post-credit scene in Guardians Of The Galaxy Volume 2 when Ayesha (Elizabeth Debicki), the gold-plated leader of the Sovereign, unveiled a new creation as the ultimate weapon, saying “I think I will call him Adam.”

Without these more advanced beings and their bigger picture view, are stupid humanity about to screw-up again?  Will the Marvel Universe see Earth dealing with a brewing human vs mutant conflict via X-Men, Deadpool and more?  All while the Cosmic element battles the all-powerful Adam Warlock via more Thor, Guardians Of The Galaxy and Captain Marvel?

We live in interesting times.