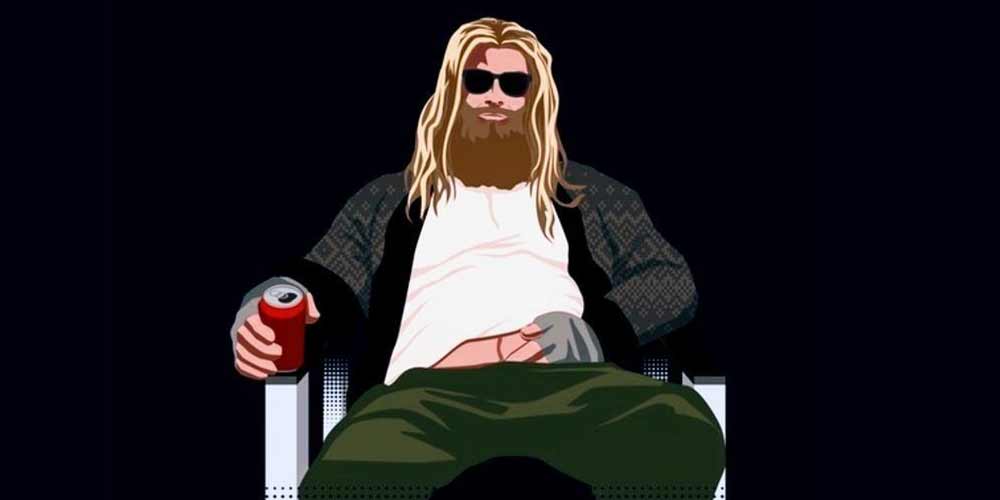 I am a little late to the party on this one but apparently, if you enjoyed the fat Thor bit from Avengers: Endgame, congratulations; you just engaged in fat-shaming.

This may be old news but I was surprised, then sadly not surprised, to learn there was some blowback from people who felt the fat suit mega-hunk Chris Hemsworth wore was offensive because it was played for laughs.

Did you think it was funny?

If so, do you think it was funny for the right reasons?

That’s a trick question because if you listen to “right” people, besides being “insensitive” and “audience polarizing” it also suggests humor is no longer allowed to be subjective.

Going forward you would do best to remember this: Funny isn’t funny unless it doesn’t offend anyone or thing at any time in any way.

Well, I don’t got it. And fuck all that, because I thought it was not only funny because it objectively was, but it was also clever because it added dimension to the character of Thor.

An insight stolen and better said from CBR.com:

Early into his MCU journey, Odin scolded his first-born son for his “arrogance,” accusing him of being “vain, greedy and cruel.” Every step in Thor’s journey since has stripped him of each of these shortcomings: he lost his arrogance when he was banished, hammer-less from Asgard in Thor; he lost his greed by not taking the throne in Thor: The Dark World; he lost his cruelty in Thor: Ragnarok by absolving Loki of his sins. Finally, he lost the last shred of his vanity in Endgame by choosing to keep his unkempt hair, mismatched eyes and fuller body. After passing his title onto a well-deserving Valkyrie, Thor found himself free, for the first time in a millennia, to go and do whatever he wanted. Odin will never be deserving of a World’s Best Dad mug, but somehow one of his messed up kids found their own kind of equilibrium in the end.

This makes good sense to us thinking folk, who can also be ‘fuller’ and also have a sense of humor. Whether we are indeed insensitive monsters has nothing inherently to do with either.

This is a fact so deal with it.

Why Are You Bringing This Crap Up Again?

Because I’m a journalist pimp and I dangle the goods at the alley mouth to get you to follow me deeper…but, in this case, it’s shallower because it ties into something I supposed in an earlier article.

Okay, you don’t have to read it so I’ll truncate.

I hypothesized fat-Thor would be back in Love and Thunder but according to a recent Instagram Live event that may have had water thrown on it:

“We haven’t figured that out, but I feel like that’s done.”

Taika Waititi, it seems, falls into the neutral camp.

Diplomatically handled, stating neither it was neither funny or wrong or out of place just that it was simply:

I guess there are a few ways to feel and think about this and you are all entitled to lean whatever way you want. Either way, I’m sure Waititi has oodles of appropriately and approved wacky hilarity in store.

But consider this, even if it made narrative sense maybe it was a chance for the ever ripped Chris Hemsworth to not only exercise his comedic talents but also take a break from the gym.

Would we shame anyone else for such a thing?

Ask Renée Zellweger who didn’t get any flack for not chunking back up for a third Bridget Jones movie, but instead for agreeing to make it at all.

Movies never claimed to do anything other than entertain so if they make you feel bad to ask for your money back or something, but do let the rest of us enjoy in peace. 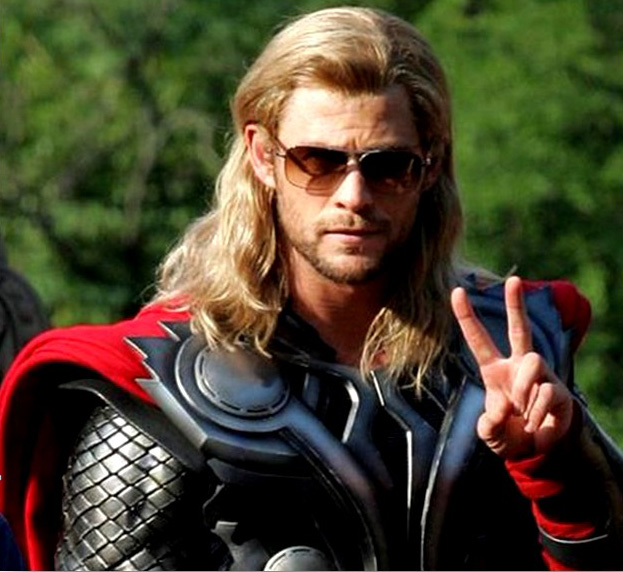