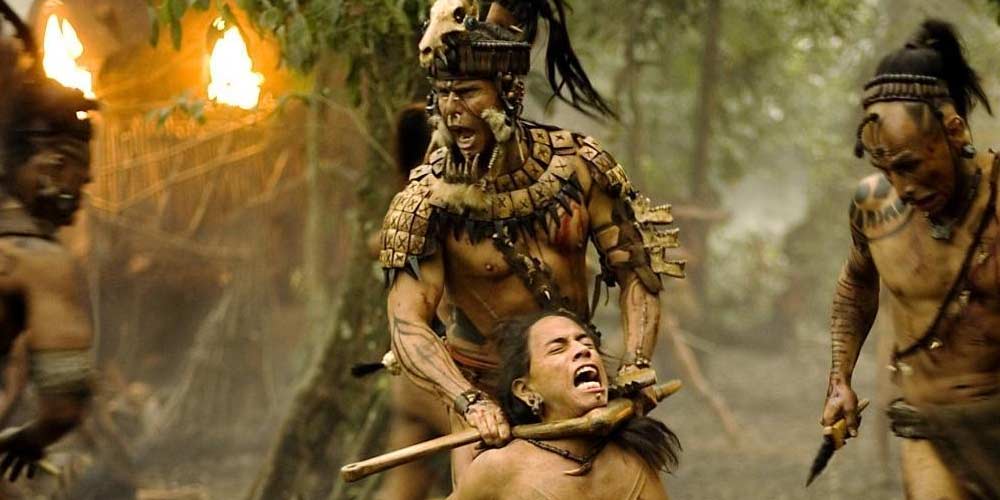 What Else Are You Gonna Do At Home?

So, you’re stuck in the house, with a bathroom full of toilet paper, a refrigerator full of bottled water, and, of course, high-speed internet access that you’re hoping doesn’t go down so that you can do the “work” you’re supposed to be doing.

You’re not going to work.

You’re going to watch movies at the end of the world, so here are ten that you should be checking out so that you can be reminded of the best of people rather than watching the news and seeing the worst of people.

Top Ten Films You Watch at the End of the World

Fiddler on the Roof

A musical that reminds you that the Russians weren’t always all bad. Or lurking underneath Progressives’ beds at night.

The single greatest film ever made. It set the standard in the Western World for riling people up who are rich, vain, and powerful.

David Mamet is the greatest film writer the 20th century produced. Plus, you’re going to need the skills and tenacity in closing to get more food in spite of panic buying.

Other than Alive, what other films about the tenacity of survival against nature that doesn’t care about you as a person have ever been made so well?

Plus, it’ll remind you of what the outside used to look like.

Film noir never looked so good as in Sunset Boulevard. Plus, this movie proves that old people can be treacherous and vain malcontents.

A small film, often ignored, but it put Rock Hudson on the map and Doris Day actually proved to be quite an actress in this film.

Elizabeth Taylor won an Oscar for her role in this film and she hated winning it for this film. This film is complex, psychologically rich, and nonobvious. And like Pillow Talk, it sits at the intersection of what the 1960s used to be and what the 1970s was going to be.

Who knew Mel Gibson had this in him? Besides, when you finally have to go to the grocery store by yourself, it’s going to feel like, well, FREEDOM!

More than just a racist film allegory about a big monkey, this is a movie that only a culture that’s proud of itself could make.

The Bridge Over the River Kwai

Can you have a stiff upper lip in a bunkered survival situation?  Yes, if you’re British, you can and you will need to learn how to blow up a bridge with dynamite.

Look, when you’re quarantined and waiting for the groceries to be left on the other side of the door from the Instacart guy who’s still working even while coughing, you’ve got to have reminders of the best Western civilization has to offer in the form of film.

Sure, you can watch apocalypse films, pornography or just a bunch of action films, but great writing, great stories and great acting elevate us as people and straighten out our aim in the world.

And, when you finally have to gather with people in large groups again, you’re going to want to remember how to do that.