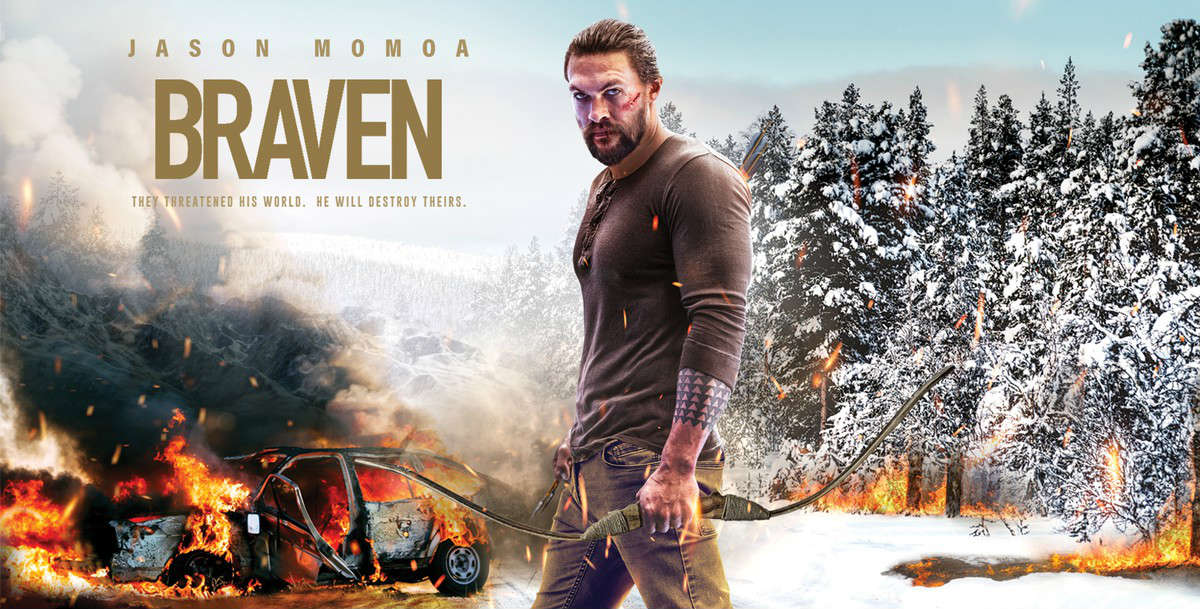 Being a middle-aged man well into my journey of societal obsolescence, I often find myself looking back to the more exciting and enriching days of cinema from my younger years. Days when the men were unapologetically masculine, fundamentally decent, and caring without agonizingly played out character flaws. The women were effortlessly feminine and competently strong, without being overbearing shrews or ball-busting know-it-alls. The children were well-adjusted and precociously resourceful, without being perpetually disrespectful little shits, and the family unit was depicted as cohesive and strong.

And since I’ve peaked the hill and am slowly beginning to make my downhill run, I generally make an effort to not shovel most of Hollywood’s steaming corn and cabbage dumps directly into my eye’s mouth and induce the kind of headache that causes me to wake up the next morning in a haze, covered in mine own personal brand of fecal maize and kimchi, wondering why I sent all of those texts to Kim Jong Un begging and pleading with him regarding exactly where in southern California he should target first.

I mainly watch films for the time I get to spend with my Parkinsonian-themed father and the boost it gives him to see some quality action on the teevee screen machine. Dude used to design engines, but now the goofy fucker’s mind is way out past Uranus and would no sooner know how to use a remote than learn to transform into one, so I gotta be the guy to press play on the Roku machine for movie time. Truth be told, I don’t have time to watch too many films these days for the above mentioned reasons. I mostly play slapdick with many of the posters on this site or go to Youtube and get hyped to a Transformer-themed band rocking out or watching cool dames build their own garages.

So imagine my shock when I sat down with Spaceman, to what I figured would be yet another vaguely interesting VOD offering at best, and a standard issue cookie cutter toxic dump of a film at worst…and fuck me with consent was I impressed with Braven. 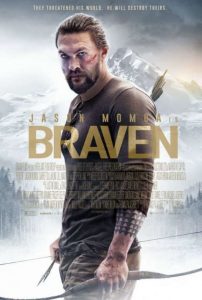 Holy hell on a snowsled I was not prepared to like this movie as much as I did. After being wholly traumatized and entirely endumbenated by some Tony Banderas feat. Karl Urban shitshow of a movie on Netflix the previous night (which I’ll probably review someday if my anger at that film ever subsides enough to type and swear properly), my expectations were set to, “Well, at least I’ll get to spend some quality time with Spaceman by intermittently dozing for long stretches on the couch through yet another waste of six goddamned bucks on Amazon video.”

I figured I’d give the lead of the film another chance since he seems to have all the talent and charisma of Dwanye Johnson, but just none of the luck when it comes to films. While he rose to fame on the backs of Stargate: Atlantis, and definitely on the back of his fireproof tv wife from that one scene I watched from that Game of Boners show on HBO, he was in for a season, his shot at Conan the Barbarian was a CGI drenched misfire and his almost great turn at playing Lobo in the Justice Fatigue was derailed by the fact that someone in costuming accidentally dressed him up as Aquaman instead.

Though one could imagine he alone plays the titular role of Braven in the film, as it progresses, a picture of a cohesive and loving family staying solid under duress forms throughout that the title ultimately could refer to the rest of them as well.

There’s not much spoilery territory to get into because you’ve seen this type of film dozens of times before. As you’ll see from the trailer at the end of the article, it’s basically a case of a guy and his family being in the wrong place at the wrong time when a drug running operation goes bad. They end up getting caught in the middle and violent hijinks ensue. However, what really grabbed me was; rarely do you get all around solid performances out of a surprisingly robust cast, the type of beautiful cinematography on display, and the surprisingly functional and integrated family aspects from a tiny crime genre film like this one.

Regardless, the heart of the film is Joe and his wife Stephanie’s (Jill Wagner) concern over his father’s failing memory and health. Truth be told, that aspect grabbed my attention right away watching the film next to my own declining father.

But that heart is what absolutely energizes and elevates what could have been an otherwise forgettable crime drama, to add to the warehouse at the end of Raiders of the Lost Ark sized pile of VOD shit that’s out there.

After an incident at a bar that left Joe’s father Linden (Stephen Lang) in a hospital, the growing concern for his health problems motivates the two of them to go spend some quality time together at the family cabin out in the middle of nowhere. Unbeknownst to them, Joe’s daughter Charlotte (Sasha Rossof) stowed away in the back of his truck to be with her father and grandfather.

Even more unbeknownst to them, Joe’s employee Weston (Brendan Fletcher) from his logging company had desperately stashed a giant rucksack filled with heroin there the previous night after he and his menacing middle-man trafficker cohort Hallet (Zahn McClarnon) wrecked the truck they were trying to secretly transport the drugs in.

Ultimately this does not sit well with main drug trafficker and lead villain Kassen (Garrett Dillahunt) and he assembles a team, along with the bumbling Weston and Hallett, to retrieve the drugs from the cabin. Of course, with Joe and his father and daughter already at the cabin, this poses a slight problem for Kassen. Deciding to kill them all and leave no witnesses just adds to his frustration in dealing with yet another delay in moving the drugs.

After establishing all the characters on the board, this is where director Lin Oeding’s background as a stunt performer and coordinator really kicks in to action overdrive. Again, without spoiling much, the goons surround and then begin an assault on the cabin with high-end military-grade full-auto rifles while Joe and Linden are left to defend themselves with only a bolt-action rifle, a bow and arrow, and various hand tools that were left in the cabin. Unfortunately for Kassen and his men, despite outnumbering him and using their military training to hunt him down once he left the cabin, they quickly found that they were fucking with the wrong lumberjack who made good use of all the tools in his arsenal.

As Linden was left behind in the cabin to keep the drug traffickers at bay, Joe made off with his daughter on a four-wheeler to trust her with the mission of climbing the hills not only to safety but to get a cell signal to call for help. Eventually, Charlotte is able to get a brief message to her mother who then in turn calls the Sheriff to send in the cavalry.

While a family attempting to reunite under duress in these types of films can be overplayed or boring if we don’t care about the characters, in this instance the chase and assault scenes were fraught with so much tension it was absolutely a testament to Oeding’s handling of the cohesive family and character development aspects of material. It also likely helped from a chemistry standpoint that Momoa and Wagner were co-stars on Stargate: Atlantis and Momoa and Lang starred together in the Conan remake.

Added to that, Joe’s wife and daughter were highly competent and courageous having been thrown into a situation where trained killers set upon them. I definitely got some Sarah Connor and Ellen Ripley vibes as Stephanie went full Mama Bear on one of the bad guys after he cornered her daughter. Her violent reactions were realistic to the situation and it was great to see her shine in a moment against a much bigger foe without it being a contrived and pandering Mary Sue situation.

You can probably guess how the film ends, even though it did take a few wicked and upsetting turns to get to the final battle. But at the end of it I was left highly impressed knowing it was a tremendous family film for adults based on the chemistry between the performers, and strongly bonded family unit Oeding established and maintained throughout the movie.

The only thing I possibly would have changed was that even though the film weighed in at a healthy yet crisply paced 94 minute run time, perhaps five to ten more minutes would have helped to round out the characters even more. Definitely worth a rental to see a refreshingly good and surprisingly well-shot action film from a first time director and wonderfully acted movie rocking the, “Average Working Man Against All Odds Protecting His Family” trope.