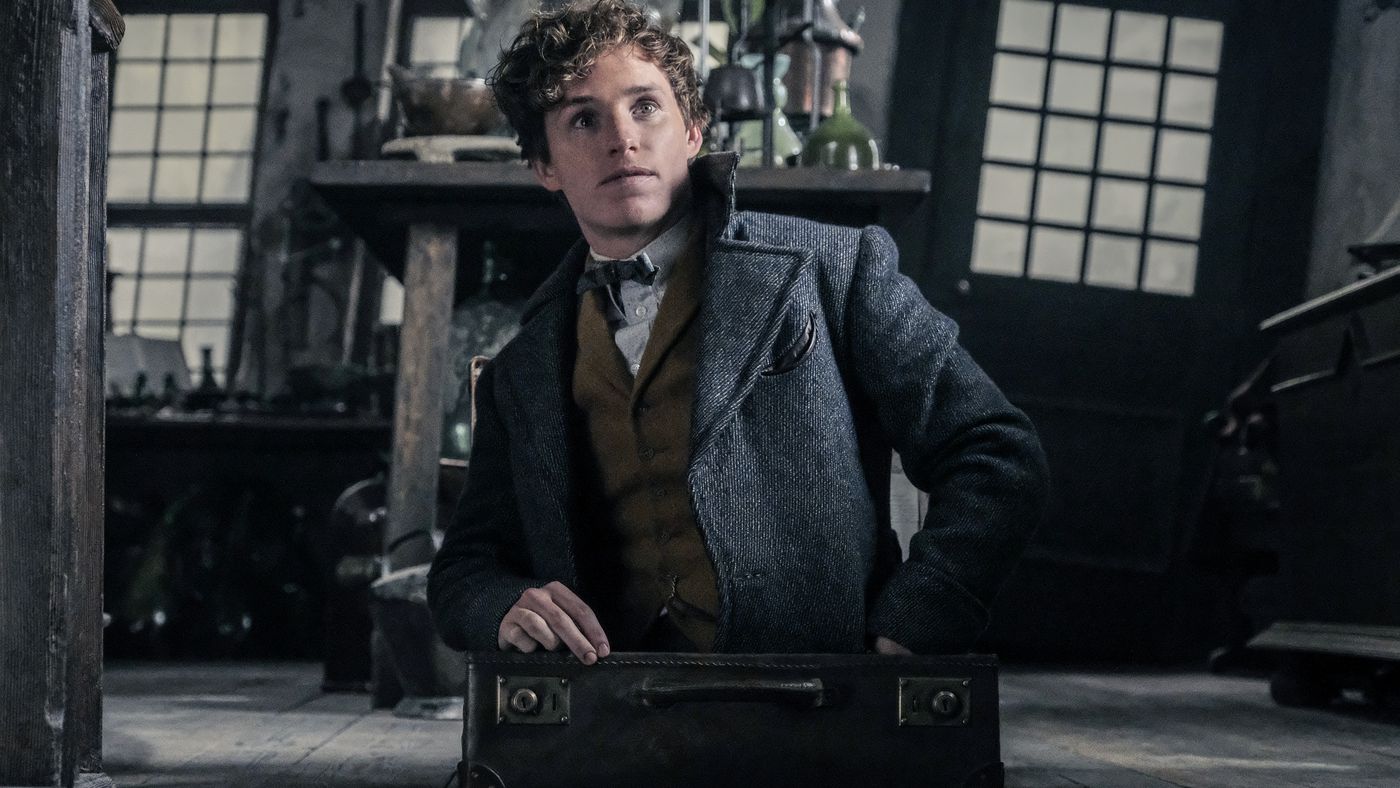 Fantastic Beasts 2 Review – We Can’t Tell If J.K. Rowling Is Making A Joke Or If She’s Just….French?

TLDR: In review, Fantastic Beast 2 Crimes of Grindelwald made very little sense to most Harry Potter and Wizarding World fans. The cannonical timelines were off, the movie felt disconnected from it’s previous installment and we expected more from Johnny Depp

In 2018, Fantastic Beasts and Where to Find Them – The Crimes of Grindelwald released it’s second installment in the series to the live screen. Today, we’ve taken the time to review what should have been better – especially from J.K. Rowling

With a promising cast that included: Johnny Depp, Jude Law, Eddie Redmayne, Zoe Kravitz, and Dan Fogler, we expected to be mesmerized by The Wizarding World once again.

What we received? Barry Hertz of Globe and Mail refereed to it as “About Exciting as a trip to Hogwart’s most neglected Lavatory”, and Film Goblin is inclined to agree….mostly.

The movie begins much like movies from the Wizarding World – with theatrical music, feelings of nostalgia, and your inner Wizard or Witch on the seat of your chair hoping to re-live something as memorable as the Harry Potter series.

Within a few minutes, the entire cast that we have come to know and love from Fantastic Beasts and Where To Find Them, is separated from one another with the prior plot-points coming to an abrupt halt, in favor of new ones, making this films direction seem….inconsequential and foreign.

It’s almost as if J.K. Rowling began writing the third installment and came back to say…”Okay, we will give it a sequel, if we must….but we really should just skip to the third”. And frankly that’s how we feel about it too considering the lack of direction as a film, but more so a segue to hopefully bigger and better things.

Moreover, the movie is an ongoing succession that follows Newt Scamander across multiple cities, in an attempt to locate Credence before the arch nemises Grindelwald does. The premise, if you’re able to read between the foggy lines that have been drawn in the sand right before the tide, is that whoever gets to what we now know is a live obscurus will be able to harness his magic how they see fit – for good or for evil. Assuming they can convince him to join their side.

Throughout the film, the characters agendas continue to get sidetracked through various side plots, agendas and divination (without the tea). There are noted cases of mistaken identities, characters being introduced with little to no backgrounds (unless you know them from Fandom’s Wikipedia Pages), flashbacks, and events that don’t quite add up to the timeline of Harry Potter.

Most, if not all of these junctions go absolutely no-where, and there’s even two instances of dramatic sequences with a Chinese cat appearing in a magical alley-way and a library that give no substance to the story – but hey, the CGI is fantastic.

Honestly though, it wasn’t all bad. For a lot of Harry Potter fans, the immersion of being in the Wizarding World was all they needed and wanted, and there is a lot to be said for award-winning actor Jude Law as the famous Wizard: Albus Percival Wulfric Brian Dumbledore!

In fact, we would be willing to bet our entire reserve of Polyjuice potion that he saved, and turned this film around once finally introduced. With very few lines and a great job of playing what our minds would conceive best as a young Dumbledore, we guarantee you will be wondering why there wasn’t more of him throughout Fantastic Beasts 2. 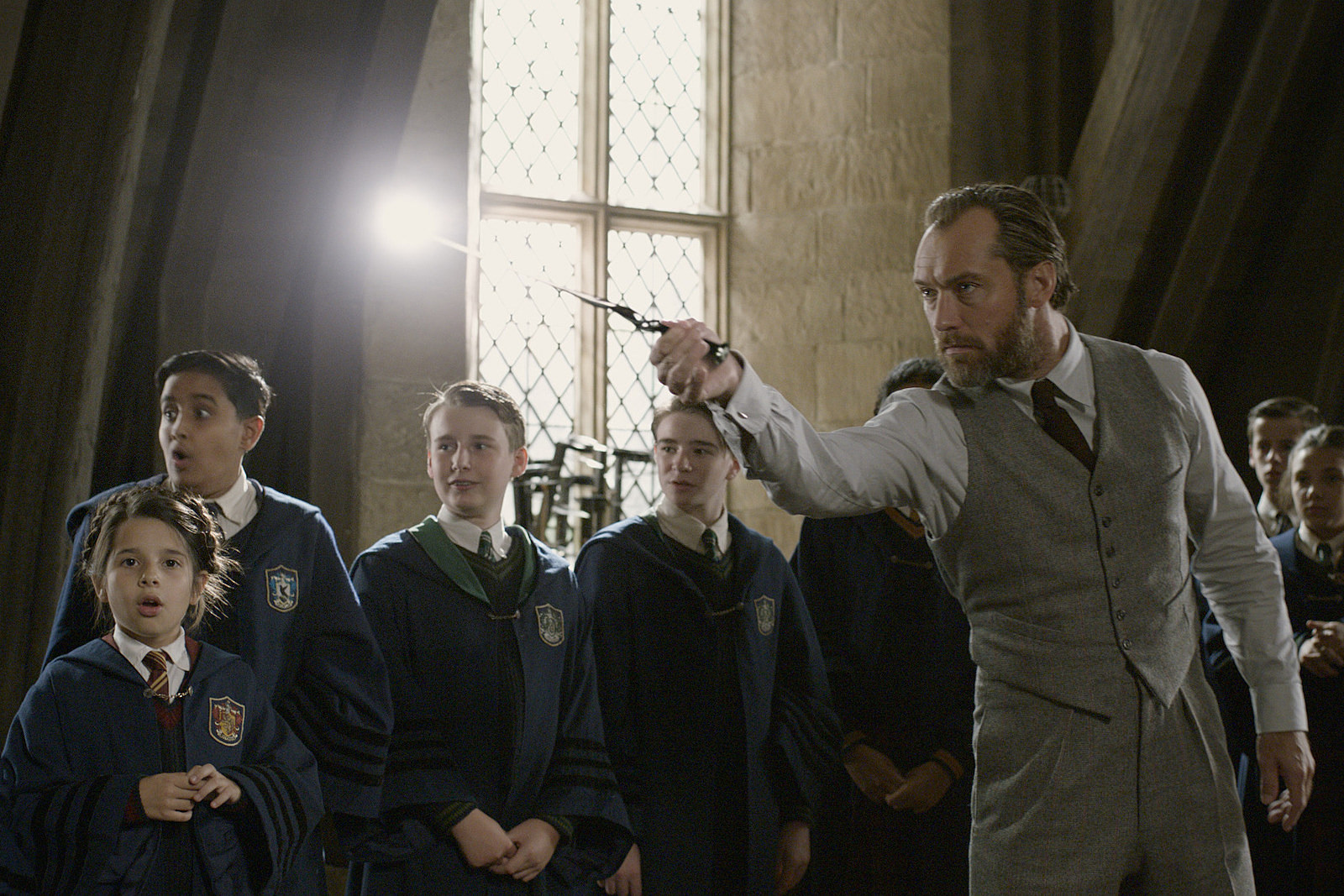 Depp, on the other hand? To our dismay, he added absolutely nothing to this film that any other actor couldn’t have executed as a first year graduate from any community college theater program.

The whole time, all we wanted from our favorite Pirate of The Caribbean was to show us the zeal and pizzaz we have come to expect….”Savvy?”

Unfortunately, this was not the case. Depps aloof and grim portrayal of Grindelwald became worse and worse as the movie progressed, until the ending sequence. At this point we get to see a glimpse of charisma as Depp’s character snuffs out multiple witches and wizards who are trying to overthrow his plan of what one can only presume is wizarding genocide.

In Review, Our Favorite Part of Fantastic Beasts and Where to Find Them – Crimes of Grindelwald, is the End

All in all, The Crimes of Grindelwald should be thought of as a prologue to a much anticipated junction, that is in-fact needed to move the plot along for the following films in the series and not a film in that of its self (like the Harry Potter installments).

By the end of the movie – if you can make it that far, you finally get what you’ve been waiting for. The piece of information that sets the stage for the rest of the series, and allows you to breathe a sigh of relief knowing that the past two hours of your life wasn’t entirely wasted. Unless you consider the fact you could have just skip to the last ten minutes of the movie, which would have surmised everything you need to know, without forcing it’s viewership to drudge through the films full reel length.

For those of you who can make it through the ambiguous plot, you will be left with more questions then answers. Possibly even wondering how Grindelwald’s Nazi-esque ideologies will play out, where the deviating side plots will direct you, why there’s no coherent story line, if Albus Dumbledore will play a bigger role, and possibly even feeling as if the rum is always gone – because you would have to be drunk to make it through this one, or worse, a Fantastic Beasts and Where to Find Them 3 Installment.