I’m not going to bury the lead, you want me to answer the question and I’m going to do just that. Hell yeah, Denzel Washington can pull off a sequel.

Equalizer 2 is at least as good as the 2014 Equalizer.

The movie did not escalate the stakes by increasing the violence, not that there is any lack of that, but by making matters more personal. As the trailers have already made it known, a friend from Robert McCall’s old life is killed and he sets out to avenge her.

There is a stereotypical subplot with a local teen that I rolled my eyes at, but by the end of the movie it felt like it was a well-placed knot in the framework of the film. Somehow Denzel and Ashton Sanders made the stereotypical after-school special scenes feel like they weren’t complete filler.

Equalizer 2 does an interesting thing with the theme of an oncoming storm. Distant thunder punctuates scenes until the climax of the movie which happens in a raging storm. I love this kind of thematic work but if I’m noticing it then more serious movie buffs might say it lacks subtlety.

Equalizer 2 is a fantastic addition to a subgenre that I like to call the Old Man With A Gun genre. It’s a power fantasy that I’ve seen others refer to as “dad movies” but that seems inadequate. Even if my title is reductive, I have loved “dad movies” since I was a kid.

There is something more interesting about an old martial arts master beating up a room full of men than a huge musclebound guy doing the same thing. Even when it’s been done repeatedly, it still subverts expectations on a subconscious level. 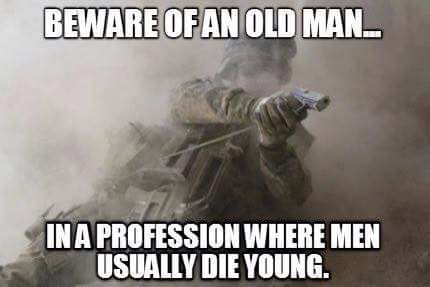 Equalizer 2 is not a bad movie. It has elements of a bad movie but in my opinion is a great film. Let me know if you think it rises above its genre or if cheesy revenge movies are just enjoyable.

Equalizer 2 Vs The Five Bs Of Enjoyable Bad Movies

While there was plenty of violence, it honestly felt like the blood was toned down for the sequel. The first Equalizer had a scene where Denzel strangled a man with razorwire while staring into his eyes. Nothing in Equalizer 2 had that same impact that showed Robert McCall to be a ruthless killer when pushed.

I’m not saying that the movie is without its bloodshed and it has a few creative kills but that don’t go in expecting an escalation on the violence of the first movie.

Not even a hint of babes in this movie. It was a disappointment but not every movie can be perfect. Melissa Leo did a good job throughout and had a very real feeling fight scene where she attempted to fight off two men twice her size.

The twist with the villain was incredibly predictable though it was so predictable that I honestly thought it was a clever red herring.

If one thing dragged this movie down it was a weak villain. He wasn’t a mustache-twirling maniac but he was the same villain that you’ve seen in countless TV dramas. A friend from the past who is now a villain for some reason.

Equalizer 2 isn’t over the top with its explosions but has a fair amount of boom, regardless. My favorite boom in the movie is when Denzel creates the conditions for a dust explosion to trick a guy into blowing himself up. There was an exciting fight inside of a speeding car and plenty of close quarters combat.

Denzel Washington might not have a lot of range, but the character he does play is phenomenal. The rest of the cast followed suit. The only weak link was Ashton Sanders, which is not to say that he was awful, he just couldn’t hold a candle to Denzel.