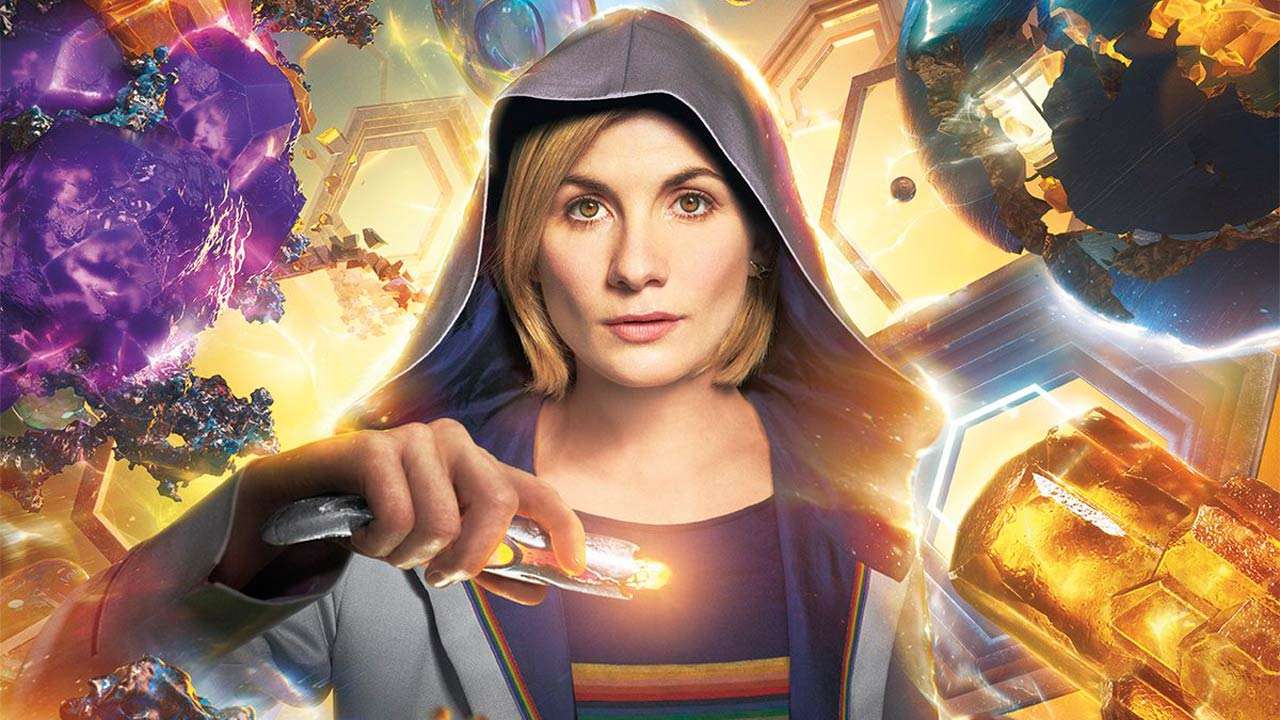 Last year Peter Capaldi quit the role he had apparently coveted his entire acting life, having had a decent lengthed stint as one of British TVs most high profile characters.

Doctor Who is a British television institution having started in 1966.  Between then and 1989 there were 26 seasons.  The show then went on hiatus until a successful return in 2005 with only a US-British joint TV movie in 1996 and some audio books to keep fan hunger sated.

It is also a global “geek” staple, with fans all over the world.  The 2005 reboot serving to push its recognition even further and make it one of the BBC’s most successful, and lucrative, exports.

Its central time travelling premise means a story can happen a thousand years in the past one week, and the next at the end of time itself far into the future, and across any location in the universe. This leaves an incredibly wide canvas on which they can play.  Also central to the premise is the fact that the lead character is a Time Lord and therefore does not die.

In the event of a catastrophic incident that would kill a human, a Time Lord’s entire cell structure dies and is reborn as part of a process that means every facet of their being from their appearance, their personality and even their accent can completely change.

This, almost uniquely in TV, means that the lead character can be recast as a feature, rather than an inconvenience.  When it is time for the Doctor to change this launches tabloid excitement, online debate and an actor search that is only really replicated anywhere else when a new James Bond is due.

The Winds Of Change

13 men have taken his role since the beginning.  When Doctor #14 was revealed as a woman, for some it was a step too far.

Let me be clear where I stand on this.  I have absolutely no problem with this whatsoever!

I am not just signalling the virtue here.  I am not mincing about in a slogan T-shirt screaming “Ask me about my feminist agenda!” hoping to get laid at some neo-feminist rally.

It is proved in canon within Doctor Who that when a Time Lord regenerates they can change gender.  It happens.  So this is not casting James Bond as a woman, or insisting that an Asian transgender actress takes the role of Shaft in a remake.

This is not taking something and shoe-horning in a gender change so everyone can feel ever so worthy about themselves (brave, so brave!).

No.  What really worried me was the BBC’s ability to handle this change, that is perfectly acceptable in canon, without standard BBC behaviour making a massive mess of it.

The BBC, as everyone familiar with the UK knows, is almost the HQ of the bien-pensant, Liberal-left, metropolitan chattering classes.

The kind of people who signal their virtue hard at a Hampstead dinner party, while tooting on cocaine delivered by their Yardie dealer and somehow not caring about the human misery further up the supply chain.

Who push their progressive fascism far and wide, getting their opinions given to them by The Guardian newspaper, never in fear of crime coming to their expensive doorsteps or their wages being depressed by large-scale immigration.

But they have got a charming Lithuanian nanny for the twins, Tristan and Annabelle.

So the fear was that these attitudes and approaches would ruin it.  That the lead character regenerating into a woman would be met with an orgasmic joy akin to a University Student Union Diversity Officer and numerous Inclusivity Directorates at the BBC would demand a say.

Before you know it, the Doctor is not just a strong character who happens to be a woman.

The #STRONK must be demonstrated as being a direct result of having the “correct” genitalia and, you know the drill, it is usually illustrated through the medium of surrounding this character with dumb men.

It’s as if they don’t know how to write a strong female character naturally. 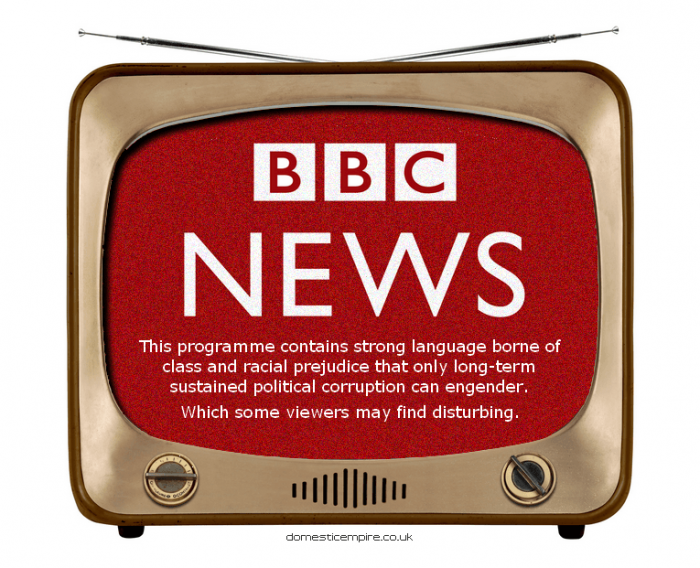 Surely the good old BBC won’t be able to resist?

Well.  I genuinely cannot believe I am saying this.  But they have pulled it off!

Whether Chris Chibnall (Broadchurch) as the new showrunner and his team locked the doors of the writers’ room and refused entry to the BBC diversity commissars, or something else has happened, this first episode masterfully handled the gender switch in the best possible way.

A lot of other reviews have used this exact phrase, that Jodie Whittaker simply IS the Doctor from the first moment she appears on screen.  It’s true.  She is.  Instantly recognisable as a/the Doctor.  At no point is there any hitting of the audience of the head with the gender hammer.  Just a couple of well-crafted gags about the switch are woven into the story and off we go with usual sci-fi shenanigans.

And what shenanigans they were!  A Predator vibe from a story involving an intergalactic hunter on Earth, who wears the teeth of his prey embedded in his face, much darker and more menacing in tone than the sometimes fairy tale whimsy of the latter part of Stephen Moffatt’s turn as showrunner.

The body count was unbelievably high for what is essentially a family show broadcast at weekend teatime.  A major character death occurs completely unexpectedly to bring a feeling of actual peril back to Doctors Who for the first time in a long time. 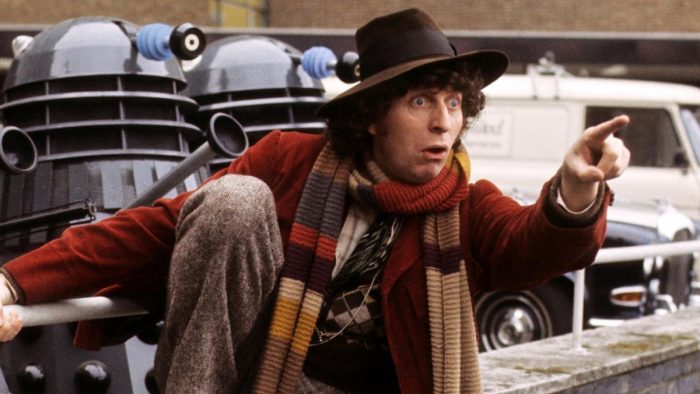 The muted colour palette and more menacing score meant this reminded me very much of the episodes that sent six-year-old me behind the sofa in terror when watching Tom Baker battle Daleks.

All the time really enjoying Whittaker in the role.

The remixed theme and reworked visuals – a direct homage to very early Who – kicked in over a cliffhanger that will have me tuning in next week.

If this is what Chibnall and his team have in store for us going forward for their tenure in charge then count me in, and I don’t give a shit what the Doctor self-identifies as! 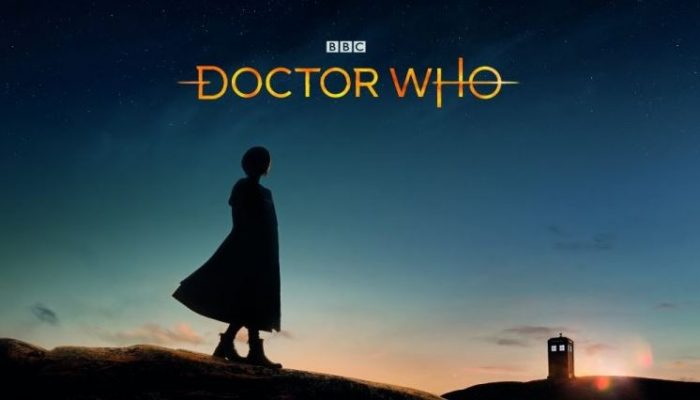