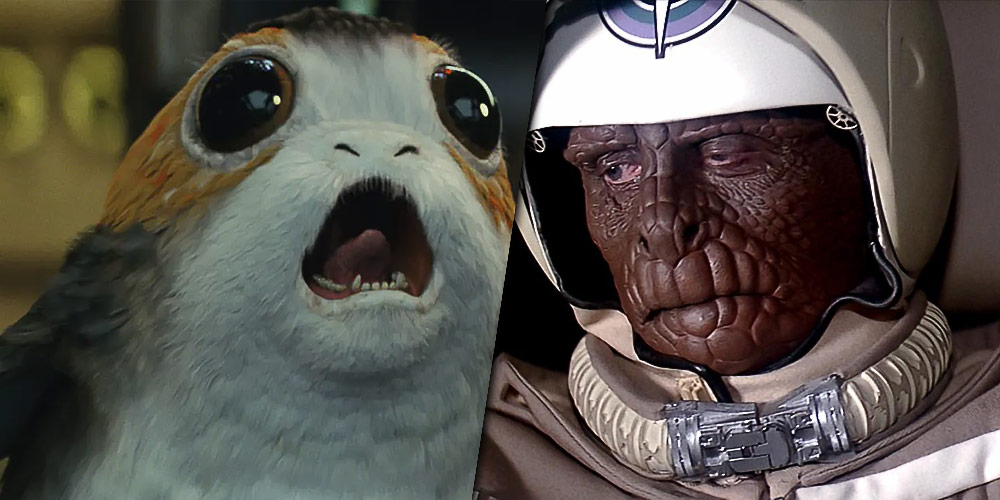 I did not hate The Last Jedi the first time I watched it.

I gave up on Star Wars after The Force Awakens, so I didn’t see The Last Jedi until well after release. After hearing bad things about The Last Jedi for months, it wasn’t the travesty I expected.

It was merely disappointing.

However, watching The Last Jedi a second time was a slog. Then I had to sit through the last half of it a third time because my wife fell asleep on her first attempt.

Here are her reactions with my director commentary in grey italics.

What is your overall opinion of The Last Jedi?
It was a boring blur. No clear storyline existed.

Is it worth it for Disney to try to appeal to new female viewers at the expense of existing fans? The whole Force-is-Female thing is certainly not working on my wife.

Leia needed to be a female because she and Luke had an affair to have Kylo.

This was funny, but I understand how my wife thought Kylo was Luke and Leia’s son from how things were presented. Plus, she watched half-asleep.

Luke only appeared a handful of times in the movie. I knew he was a good guy because he decided to train Rey and stalled for time to save everyone at the end. I was not sad when he died. I felt no attachment to him. I’m not even sure why he died…

That’s a big red flag for a Star Wars film — a character as important as Luke dying, and my wife did not care at all. Watching the movie again, I better understand how fans of Luke are upset with how the character was treated.

Other characters included Rose, Finn and a captain with purple hair. I liked the captain because she made me want to try having purple hair.

Did you like anything else about the captain beyond her purple hair?
No.

Maybe that’s because Star Wars is about fighting?

For the record, my wife does not mind fighting… if there is a point to it. For example, we watched Die Hard, and she was totally into it, even gasping, “oh no!” at various points.

What did you think of Snoke?
I have no idea who that is…

He was the Supreme Leader…
I don’t know what he was about. He just showed up a few times and did some stuff.

What did you think about the throne room action scene?
The what?

The big fight with the red people…
I had no idea why they were fighting. They just see each other and fight, I guess.

She has a point. What did the movie do to shine a spotlight on Snoke as the Big Bad? His hologram pushed Hux around a bit. He gave a vague speech about connecting Kylo and Rey. Then a bunch of guys in red got mad when he was killed.

What did you think of the movie’s wokeness?
The movie tried too hard to be multicultural. I noticed Asians, blacks and whites, basically every color on earth. Maybe they were trying to say we are all the same?

I’m Asian, and I was not impressed with the inclusion of Asians.

Nationalities don’t make me want to watch a movie.

A story that makes sense makes me want to watch a movie. In a movie like Crazy Rich Asians, for example, it makes sense to have lots of Asians in the film. I don’t understand the story rationale of including lots of races in The Last Jedi.

What did you think of the special effects?
Well done. I liked the crystal wolves. That was a neat concept.

I hated the porgs. They were too cute. The filmmakers were trying too hard with them.

What did you think of the movie’s humor?
Was it supposed to be funny?

What was your favorite part?
When the movie ended. Yah, I got to go to bed!

What did you think of the ending?
The movie tried to have a happy ending, but it did nothing for me.

What do you think of the movie grossing $1.3 billion?
People must watch the movie for the brand and not the story.

Would you recommend the movie?
Not unless you have insomnia.

How would you do the movie differently?
If I had a $300 million budget, I’d hire a very good writer to write a story that makes sense. I’d make everything clearer and the special effects secondary.

Would you like to see the third and final film of the trilogy?
I thought the end of The Last Jedi was the end of it all. Thanks, but “no, thanks” on seeing more.

What was your overall opinion of The Last Starfighter?
It was fun. I caught on to everything the filmmakers were trying to say.

Even though the graphics were dated, it was an easy movie to watch. It had ups, downs and emotions.

The movie also had an underlying message — to seize opportunity because you don’t know when opportunity will appear.

What did you think of the characters?
The main characters were well developed: Alex, Maggie, Centauri, even the Beta Unit. I got attached to them because I felt like I knew them.

When Centauri died, I felt sad. That actor (Robert Preston) had a lot of charisma. Even though he was not in the movie a great deal, you were drawn to him, and it was a pleasant surprise to see him come back at the end.

I thought The Last Starfighter lit up when Robert Preston came on screen, too. I can’t think of anyone in The Last Jedi who glowed like that. They were all rather dour, angry and/or sad the whole time.

Of course, context is part of that, but everyone in The Last Jedi was in perpetual emo-mode.

When they tried to lighten up, it seemed forced and out of place.

It shows that you don’t need tons of that stuff.

You need a good story and actors to make it real.

The Last Starfighter was based on common experience: being stuck in a disappointing place, hoping for something better, etc.

Then again, Rey is the same type of character as Alex. Why doesn’t Rey work the same way Alex works? Maybe because The Last Starfighter stays focused on Alex and doesn’t splinter as much. Plus, Alex struggles more. Or maybe I’m sexist.

Did you care that there were no Asians in the movie?
No.

What was your favorite part?
It was a nice touch that Alex wasn’t just playing a video game. The video game was a test to recruit starfighters for the real thing. It’s a simple concept, but everything can be built on it.

Did you have any dislikes?
Not really. Even though I was tired, I didn’t fall asleep while watching. I wanted to follow the story to its conclusion.

Would you recommend it?
Yes.

Do you have any final thoughts?
The Last Starfighter was uncomplicated and relaxing. That is what a fantasy movie should be: something to entertain and not confuse.

The Last Jedi made me want to check out because I couldn’t figure out what was going on. It was complicated and messy.

There is nothing wrong with complications in and of themselves. It depends on the movie. For example, if I watch a mystery, my brain is tuned to complications and ready to solve a puzzle.

My brain couldn’t tune into The Last Jedi. Everything was all over the place even though it was well produced and looked flawless.

Meanwhile, The Last Starfighter had plenty of visible flaws, but it had a strong story, clear characters and a purpose to everything.

It was hard for my brain to tune into The Last Jedi, as well. It was like a bunch of overlapping radio stations coming in at once. The Last Starfighter was a singular song that you could start humming along within short order.

I get what they are trying to do with The Last Jedi.

They probably want each Star Wars film to be an epic event and clock in at over two hours and be stuffed to the gills with something for everyone.

Plus, you don’t want to penalize ambition. I’m not going to beat up Rian Johnson for attempting something that was more.

Breaks from formula can have their place.

But they aren’t hitting the sweet spot. I think one problem they run into is hobbling themselves with agenda and nostalgia. I can give two quick examples:

There was no need for Yoda to be in The Last Jedi. His appearance stopped the movie dead. Plus, we already saw Yoda in the prequels. Cut Yoda.

This one takes a bit more following of the thread.

Let’s start with Rose. They couldn’t let Rose just be Rose. She had to have motivation in the form of a sister who sacrificed herself. This small requirement sent reverberations throughout the entire film.

With Rose’s sister, they apparently wanted to show that a woman can be a war hero via self-sacrifice. 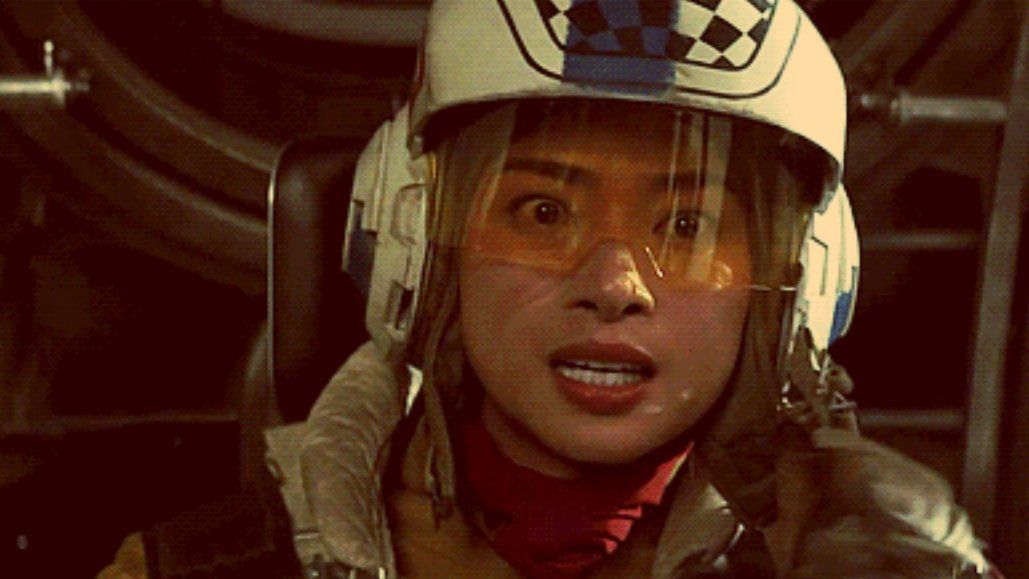 However, this ultimately had a negative effect on the film.

First, it diluted the character of Poe. He is a main character.

The attack on the Dreadnought should have been his moment to shine. Instead, the film focused on a nobody.

While you may not have been aware of it consciously, you were aware of it subconsciously. You already saw a woman be a war hero via self-sacrifice. It’s not as impressive the second time.

All you had to cling to was the spectacle of what Holdo did, not the drama and never mind how what she did makes space battles obsolete. 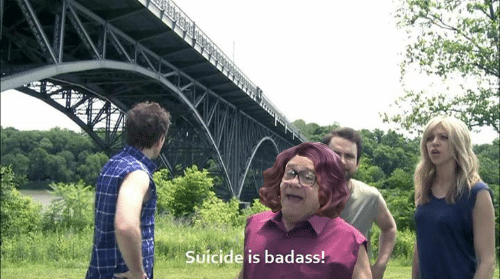 Third, they went and did the same thing a third time.

He could have had a bonafide dramatic moment — and made us forget that whole “Chrome Dome” thing. Instead, we saw our third female sacrifice herself to save someone who was trying to sacrifice themselves.

By that time, our brain is desensitized to any drama these actions might generate. And, as a final insult, when Luke got around to doing his self-sacrifice, it was totally played out.