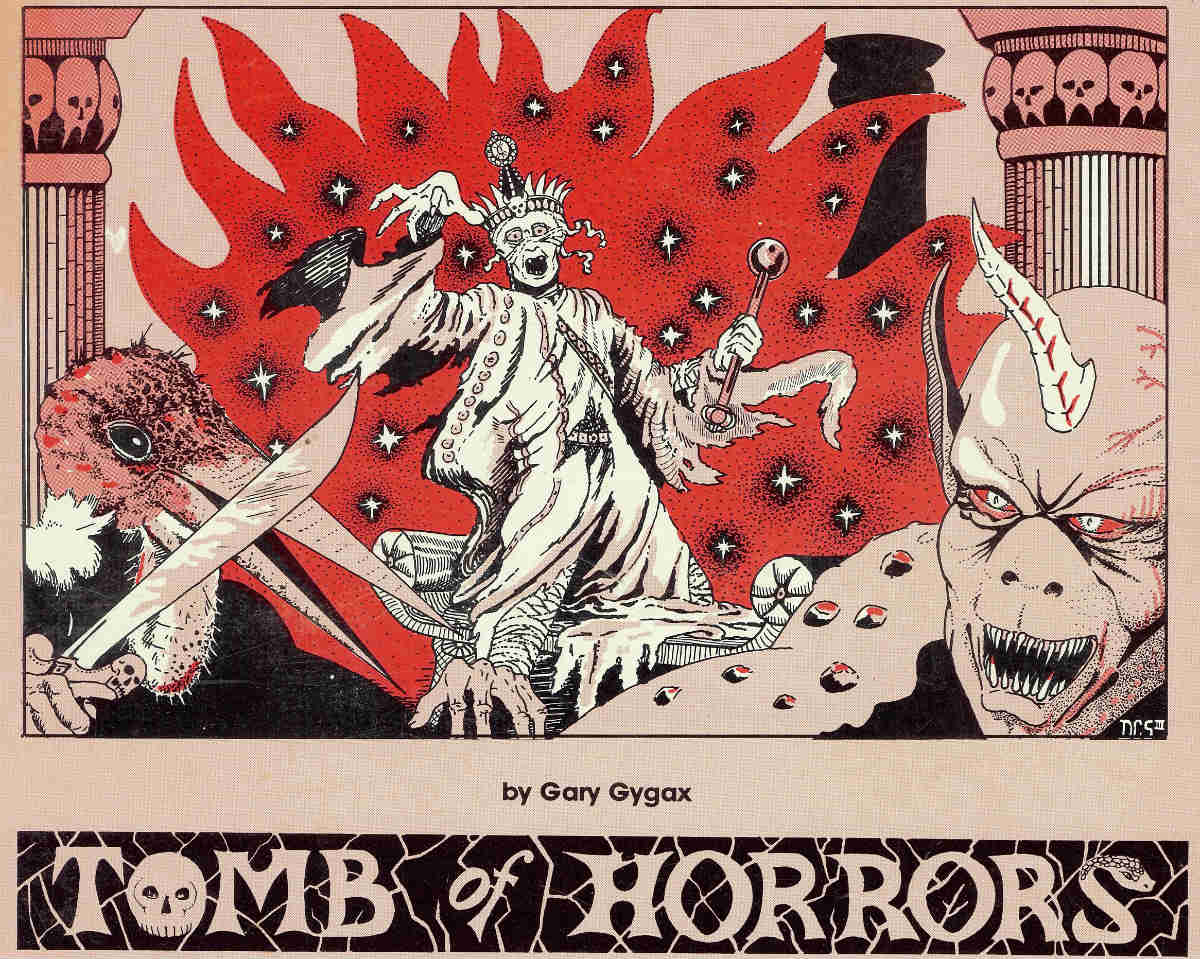 By the mid 70’s Gary Gygax was flying high (and not just from his love of recreational drugs). His game Dungeons & Dragons was a certified success, and by all forecasts was looking to just get even more popular.

His own home campaign, made up of both old friends and family members, had been humming along for years. And the player-base of his game out there in the real world loved both him and his creation. Proof in that pudding was the endless calls he fielded at night and on weekends; DMs and players looking for official answers not found in the rules, or to simply tell him stories of gaming glory.

Players at his GenCon gatherings regaled him with tales of how their precious rangers and paladins had become high-level invincible, flying in the face of their helpless and coddling dungeonmasters.

But in both his home game and what he was hearing from out there troubled him. You see, Gary hated boastful players. He was a “killer DM”, somebody who embodied “DM vs. Player” gameplay that was not always fun for everyone.

He may not have started out that way. Gary invented D&D so he and his pals could pretend to be mighty literary heroes like Conan and John Carter of Mars. But his own players had developed and grown their characters for years, with many of them having their names used as the names of magic spells and artifacts in published manuals. They entered his basement and sat at the sand table giggling to each other about the triumphs they would enjoy in that nights gaming. Gary fumed.

Love It Or Hate It

To this day, opinions are mixed. No other module is a better Rorschach Test of one’s gaming preferences.

Some say the module is a “thinking man’s dungeon”, boring and frustrating to those who prefer monster stomping and treasure glomming, but challenging and interesting to puzzle lovers.

Others call it the ultimate “screw job” dungeon, a frustrating bore that is designed only to kill strong, favored characters in humiliating ways. No honorable death.

It really is a railroading gauntlet of difficult death traps, more often than not, beatable mostly only by luck. Do the right random action (push a lever up, you’re good. Push it down it’s insta-death with no clues about the outcome given), or carrying the correct obscure, unpopular spell, and you can press on to the next challenge. Even randomly finding the less deadly of three entrances to the tomb is the only way to avoid early character death. 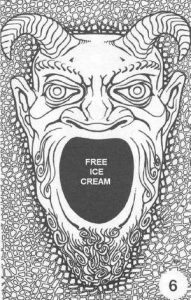 One of the most infamous traps is the Green Devil Face.

Seemingly a magic glory hole for giants, it’s man-sized gaping maw is a deep blackness that is basically an annihilation field. Stick an arm in, it’s gone. Climb in and you are gone baby gone, Jack. You might think that’s what 10-foot poles are for, but you’d be surprised by the amount of characters who climb right in just for grins. And get this, if you miss this trap and get to a further part of the tomb, there is a trap that makes you exit the devil mouth. Makes sense that guy would try to climb back in, right?

I’ve heard of Green Devil Face ending more campaigns and friendships than anything else in D&D.

The final boss-battle itself is hard to even find. If you do make it to that hidden chamber, you’ll find the Demi Lich Acererak to be an almost unbeatable foe. He is basically a floating skull that can only be hit by impossibly powerful weapons and is immune to all but a handful of spells. And he pretty much immediately eliminates the two most powerful characters automatically. Oh, and his treasure is cursed and pretty much useless.

Yep, treasure hunting is not a reason to enter the tomb.

Take It With A Grain Of Salt

But it’s unfair to complain. Tomb was created at a time when the war-gaming notion of “beating” an encounter was still fresh in D&D. The attitude then was more like computer games of old that you wanted to beat, rather than the modern notion of making the experience last.

Gygax took that notion and instead of destroying his home group with it, decided to make it one of his convention tournament modules, played with pre-generated characters.

And that is probably the fairest, most friendship-saving way to go. Instead of decimating characters developed over months or years, it’s best to just generate high-level player characters with varied magic for one shot play, with the DM sneaking some of the few spells that actually help with this thing into the mix.

A goodly amount of hirelings (20 is a good number) to act as guinea pigs and crash test dummies for the traps is also a helpful way to survive this deathtrap dungeon.

I should note that the most high profile appearance of The Tomb to date is it’s inclusion in The Oasis in the book Ready Player One, where Gunters must enter the tomb and (bafflingly) defeat Acererak in a game of console Joust. Unfortunately (or maybe fortunately) this doesn’t make it into the movie, but you can at least see the Green Devil Face painted on the gang’s van .