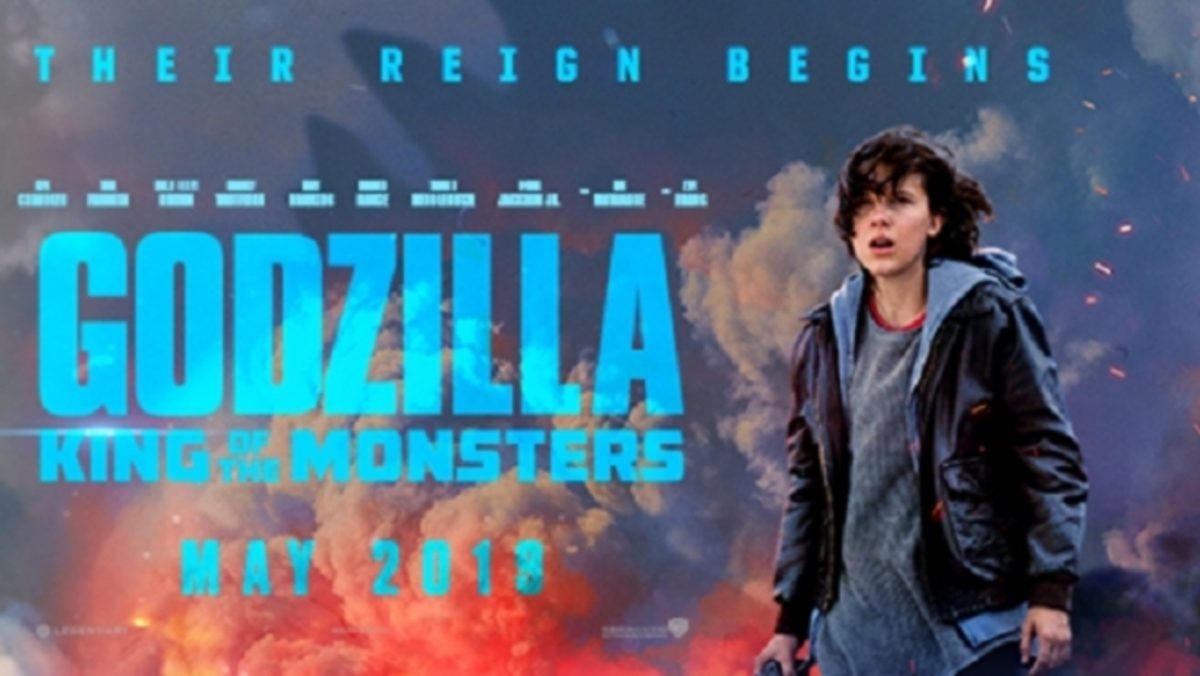 The 2014 hit Godzilla brought the legendary movie monster back to the big screen, and its sequel hits theaters next May.

Godzilla: King Of The Monsters will be featuring as part of Warner’s presentation at San Diego Comic-Con this Saturday. We have the first clip from the movie and some pictures.

Millie Bobby Brown’s character, Madison, tries to reach Monarch in this Godzilla: King Of The Monsters teaser, but ends up hearing something that’s far from comforting instead.

In addition to the first look teaser and details, a new banner (shown in the featured image) has been released featuring Stranger Things’ Brown.

The movie’s tagline “Their reign begins,” perhaps hints at the movies numerous monsters including King Ghidorah, Rodan, and Mothra.

It’s directed by Michael Dougherty, whose previous credits include the Christmas monster movie Krampus. Godzilla: King Of The Monsters hits theaters on May 31, 2019.