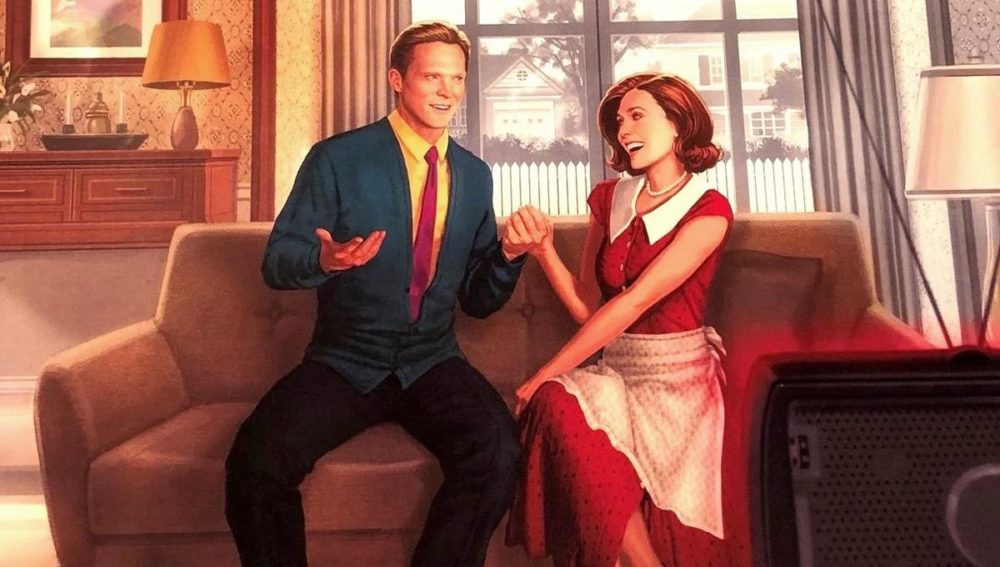 Are you still hungover from last night’s Super Bowl party?

The game was actually worth watching this year, so maybe you had a reason to stay sober until the end.

If you hit it hard early, then you probably missed the trailer that was put out by Disney+ towards the end for their three upcoming Marvel-based shows.

It’s only 30 seconds, but for the first time we officially get to see some footage from the still in production shows The Falcon and the Winter Soldier, WandaVision and Loki.

The biggest take from the commercial is that it looks like they are putting a lot of money into this. They don’t appear to be watered-down versions of the movies but like actual films on their own.

The budget for WandaVision itself is rumored to be $150 million.

The Loki stuff does not look like it’s from the show though. There is only one shot in the spot and feels like it was created just so they had something to put into the commercial.

The nicest thing about it is that we see that WandaVision will include Scarlet Witch’s costume from the comics, not just the redesign they did for the movies. It kind of looks like pajamas though so maybe it’s just her dressing up to do some kinky roleplaying with Vision.

It’s Disney, so of course that is highly unlikely, but the comic costume lays in the cheesecake an awful lot, which they seem to of cut down heavily on.

Six seems like the number of episodes Disney is going for with their Disney+ shows now. That’s the number they are producing for all three of these series and the Obi-Wan show which was recently put on hold was originally set to be for only six as well before they cut it down to four.

The Falcon and the Winter Soldier will premiere on Disney+ first this August.