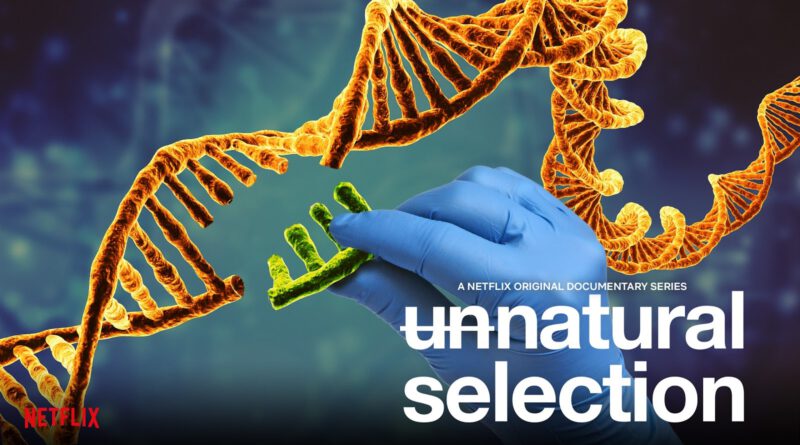 You Were So Worried About Whether or Not You Could…

It is a brave new world that we are entering in the 21st century.

This is the century of biology, technology and the merging of the two together.

The beginning steps of this merging are coming through neuroscience research, artificial intelligence research and application, and lastly, gene research.

Ever since researchers in 2003 sequenced the entire genetic code of a human being, to an accuracy of 99.999% science has been doing what it does best: Running toward an unknown future, hell-bent for leather.

Using the bacterial quirk that is Crispr, scientists have essentially given anyone with a micropipette and an internet connection the power to manipulate the genetic code of any living thing.

Hello, Aldous Huxley. Who knew you’d show up in my garage.

Check out the series trailer from the docuseries covering all of this from Netflix, Unnatural Selection, here:

…You Never Stopped to Think If You Should.

Here’s what human beings tend to do: We discover a new thing that can change our lives. Then we proceed to use said discovery to either destroy ourselves, destroy our fellow men, or destroy cultures and history that has come before us.

And only after we’re done with destruction do, we get to progress, help, and growth.

We’ve done this same human two-step from the discovery of fire and sharp sticks to atomic bombs and the Internet.

And we’re doing it with genetic manipulation and bio-hacking through CRISPR today.

Building A Tower of Babel with Our Genes

Sure, I guess it’s ok to manipulate your genes in your own garage.

The only problem is, once the atomic bomb is out of your garage, it can impact others who didn’t agree to play.

But, I guess what the researcher says at the end of the trailer is true: “If you’re really playing God, you don’t care what other people think.”

Unnatural Selection, the docuseries about gene editing, CRISPR, bio-hacking and our brave new century, drops on Netflix on October 18.