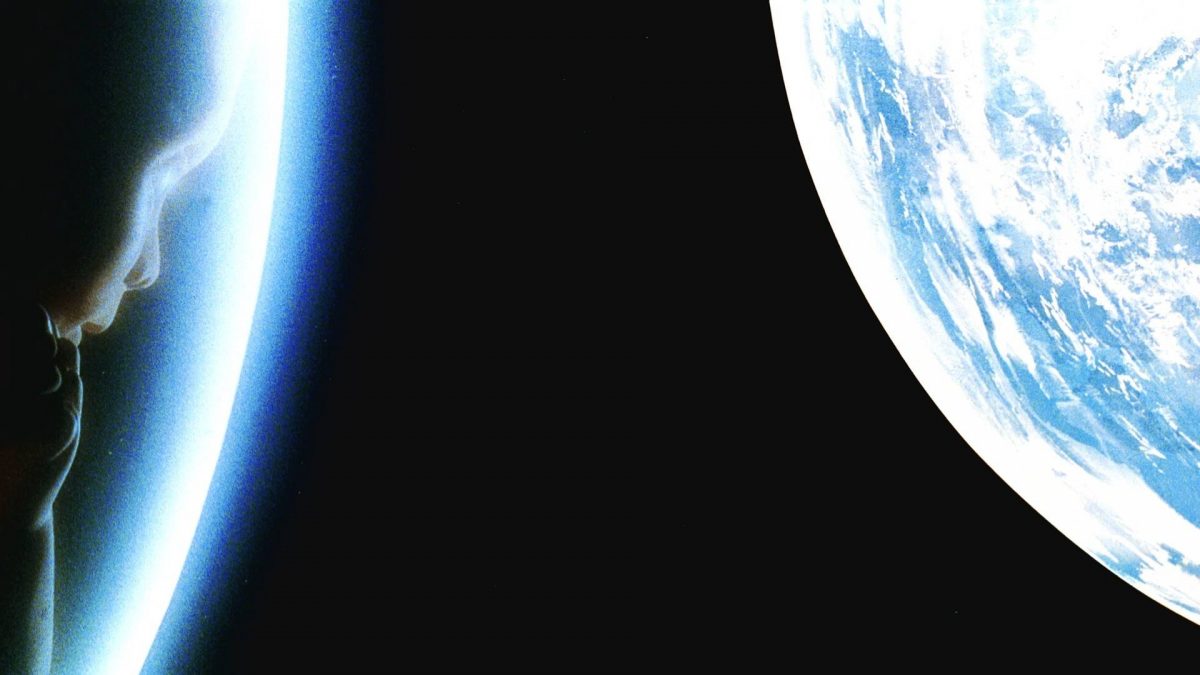 Welcome to FilmGoblin’s Behind the Scenes column. We hope to cover the most interesting and timeless movies with some pics and factoids you might already know but if you don’t, even better! Feel free to recommend or contribute images or articles in the comments below.

The Awe And Mystery Of A Journey Unlike Any Other

According to author Arthur C. Clarke, Stanley Kubrick wanted to get an insurance policy from Lloyd’s of London to protect himself against losses in the event that extra-terrestrial intelligence was discovered before 2001: A Space Odyssey was released. Lloyd’s did not provide this cover.

An early working title was Journey Beyond the Stars. Although when the movie Fantastic Voyage was released, Kubrick reportedly disliked it that much he didn’t want his film to sound anything like it. In the end, 2001 was chosen because it was the first year of both the 21st century and the 3rd millennium. The total footage shot was around 200 times the final length of the film. The entire film contains only 205 special effects shots, compared to 350 in Star Wars: Episode IV and over 2,200 such shots in Star Wars: Episode III – Revenge of the Sith.

There is no dialogue in the first 25 minutes of the movie (ending when a stewardess speaks at 25:38), nor in the last 23 minutes (excluding end credits). With these two lengthy sections and other shorter ones, there are around 88 dialogue-free minutes in the movie. Aside from the film’s music, no sound is heard in the space sequences because, unlike what Star Wars taught us, there is no sound in space!

My God, It’s Full Of Stars

Originally, Kubrick had make-up artist Stuart Freeborn create a primitive but more human-like makeup for the actors playing early man, but he couldn’t find a way to photograph them in full length without getting an X-rating from the MPAA since they had to be naked. So Kubrick went with the hairy monkey model instead. With the exception of two baby chimpanzees, all were played by humans in costume.

The main Discovery set was built by aircraft manufacturer Vickers-Armstrong inside a 12-meter by two-meter drum designed to rotate at five km/hour. It cost $750,000. On the complicated shots of Poole boxing and jogging inside the centrifuge, Gary Lockwood (Dr. Frank Poole) said: “The camera was on a thin titanium mount, riding down the line (between his feet) in the middle of the centrifuge.

“It was like a giant ferris wheel, enclosed, with the lights on the outside.”

“The ferris wheel was two to three stories high and could be separated—like taking a yo-yo apart—so Stanley could shoot angles. A fifteen to twenty second shot of Keir (Dullea) walking toward me took a week to shoot, that’s how complicated it was.”

The moon location set was built at Pinewood Studios. Lockwood described the floor as having been excavated, the floor was cut out, dug up, and later put back. Kubrick had several tons of sand imported, washed, and painted for the moon surface scenes.

I Am Afraid I Can’t Do That Dave

Kubrick originally conceived HAL 9000 as “Athena,” with a woman’s voice. Next, he thought of using Martin Balsam (Breakfast at Tiffany’s, Psycho, 12 Angry Men), but decided Balsam’s voice had too much emotion and a New York accent. Actor Nigel Davenport (A Man for All Seasons, Chariots of Fire), but he was “too British,” so he was paid off and Kubrick said he’d worry about the voice in post-production, giving the task of finding a voice to assistant director Derek Cracknell (Aliens, A Clockwork Orange, Batman [1989]).

Douglas Rain was dubbed in because:

“…We had some difficulty deciding exactly what HAL should sound like, and Marty just sounded a little bit too colloquially American, whereas Rain had the kind of bland mid-Atlantic accent we felt was right for the part.”

HAL never once says, “Good Morning, Dave” despite this line being one of his most recognized quotations.

The carry-on bags belonging to Russian space scientists with whom Dr. Floyd shares a drink are marked Aeroflot (in Cyrillic), which to this day is the Russian national airline.

The film’s iconic monolith was actually comprised of wood and a special graphite mix black paint in order to get an extremely smooth sheen on the outside surface.

Today, 50 years on, 2001: A Space Odyssey is widely regarded as one of the greatest and most influential films ever made. In 1991, it was deemed “culturally, historically, or aesthetically significant” by the United States Library of Congress and selected for preservation in the National Film Registry.