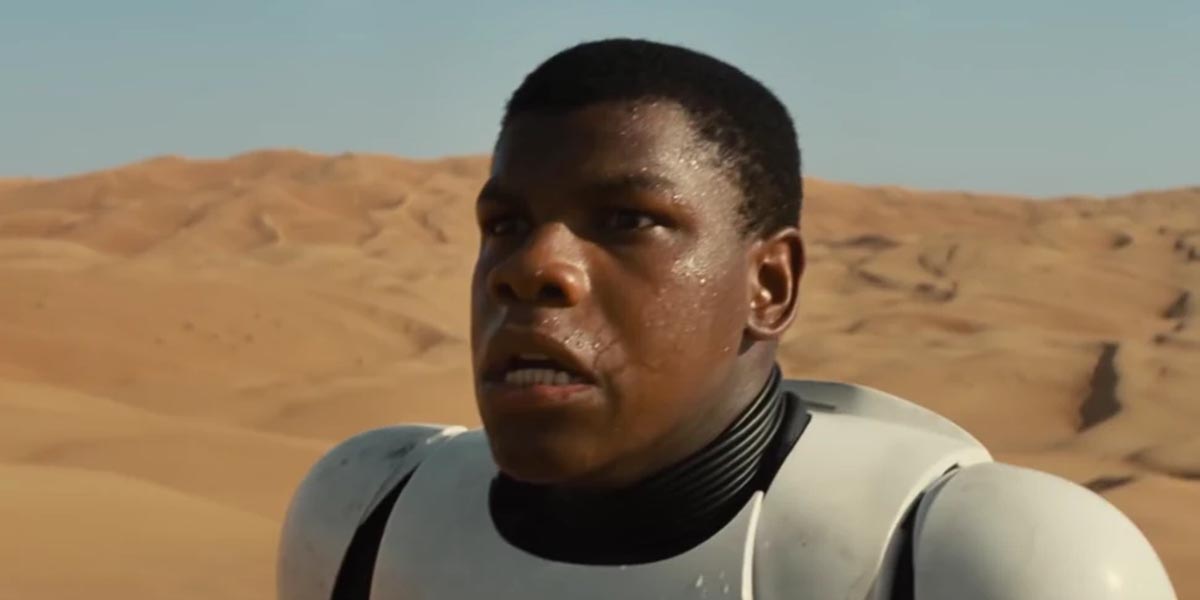 John Boyega’s Finn, along with Oscar Isaac’s Poe Dameron, bear the distinction of being the only characters unique to the Star Wars sequels that I don’t dislike.

Indeed I think that, developed correctly, those two could carry the remaining film as a kind of buddy cop movie. There are certainly no other characters worth the cost of buying a ticket.

That said, I find it sad that John is on Twitter being churlish towards critics of Star Wars: The Last Jedi.

I can certainly understand John Boyega’s frustration. No doubt, as an actor, he put the best effort he could into playing the role he was given. Unfortunately he was drawn into the most divisive movie in recent history, in a franchise with exceedingly passionate fans.

However whenever a member of the cast and crew of a movie are on social media, they are representing that studio to their audience. Being churlish, or mocking something like a boycott publicly, creates a serious risk of alienating paying customers. Those who aren’t alienated already.

John, chillax dude. You’re on social media to sell a product, Star Wars, not to let other people get under your skin.