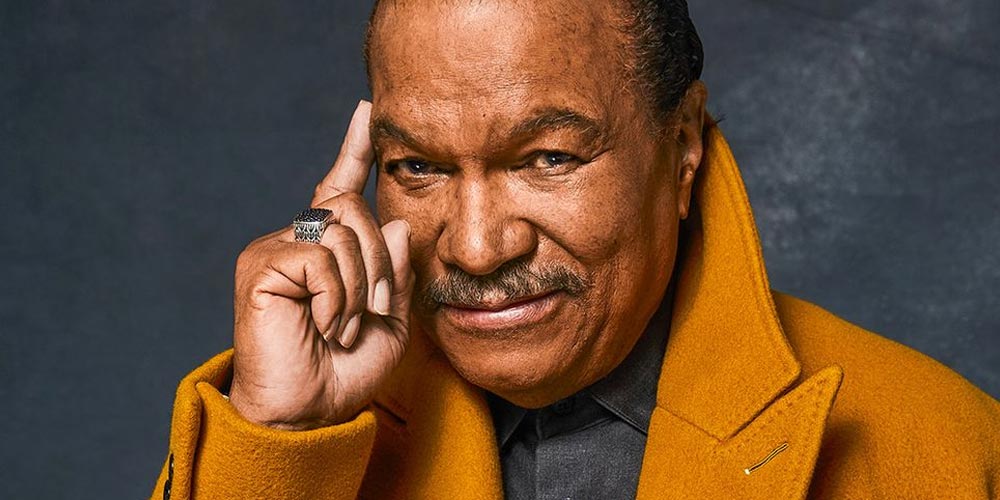 I Can’t Believe This Is Happening Again

In the run-up to the release of Solo: A Star Wars Story, Disney decided it was time to bring their company ideology of “Try Everything” into the Star Wars Universe.

And by “Try Everything” they don’t mean to try out for baseball and lacrosse in middle school or try the alfredo and the fettuccini in your Never Ending Pasta Bowl.

When an interviewer from the far-left jihadi organization Huffington Post asked Solo screenwriter Jonathan Kasdan about whether or not Lando Calrissian was pansexual, he confirmed:

“Yes. There’s a fluidity to Donald and Billy Dee’s [portrayal of Lando’s] sexuality.”

Son, I’ve seen Billy Dee Williams’s performances in the Original Trilogy and there is no such “sexual fluidity.” If anything, he’s overtly and obviously attracted to Leia to whom he comments “you truly belong with us among the clouds.”

Of course, we understand that it was 2018 and Jonathan Kasdan had to keep his woke credentials burnished so he will be approved for future projects purely based on his social and political opinions, but what the fuck was Disney thinking?

The studio not only signed off on an inferred “relationship” between Lando and the activist fembot droid L3-37 in the movie but also didn’t coach Donald Glover to maybe try to avoid the topic during future interviews.

So we got this gem:

I really do. I understand that a lot of this woke marketing is about getting free press coverage in left-wing jihadist publications:

But did Solo really need that crowd? Do they really go see Star Wars movies or, more importantly, buy Star Wars merch? Do they even have kids?

What about the families who want to take their kids to a new Star Wars movie but can’t because not only have the characters in this four-quadrant family franchise been sexualized, they’ve been sexualized in a very untraditional and subversive way?

Did the cultural terrorists think it was as simple as holding the weapon of shame to the heads of parents and saying “Buy the ticket, bigot?” Well, whatever their plan was it didn’t work because no one bought tickets.

Solo crashed-landed at the global box office and lost Disney at least $100 million dollars. It had the ignominious distinction of being the only Star Wars movie to ever flop, bomb or lose money.

Of course not. Bolstered by agenda-driven shills who are paid to generate and disseminate false narratives, Disney appears to have doubled-down on easily the most divisive and controversial tier of the diversity stack.

Billy Dee Williams, from an interview with Esquire, in his own words:

“And you see I say ‘himself’ and ‘herself,’ because I also see myself as feminine as well as masculine. I’m a very soft person. I’m not afraid to show that side of myself.”

Look, Billy, everyone has a masculine and a feminine side.

The rest of the interview is pretty extensive and genuinely revealing. Williams has a lot to say and with the exception of this one statement, he seems like a very circumspect and straightforward guy.

On the topic of Donald Trump, Billy Dee says:

“He was very charming. And very good at being charming. You know the story of Narcissus? Who looked at himself in the water, fell in love with himself, and then fell in and drowned? I mean, this might be one of those kinds of things.”

Who can argue with that?

When the topic of Harrison Ford and Carrie Fisher’s on-set affair during Empire came up, the guy sounds more like Shaft than any Lando that we know:

What Does This Mean For Lando?

Besides another iconic Star Wars character taking a hit by proxy, it probably means nothing. There is no way Disney is stupid enough to have Lando so much as look in the direction of a Twi’lek in this movie. Right?

Personally, I don’t know what to make of the “herself” comment.

What are the odds both of the actors playing Lando separately and independently focus on these distinctly similar sexual idiosyncrasies during interviews?

I just can’t even imagine a man of that era, of that age, saying anything like this without an explicit purpose behind it and/or at the explicit direction of a PR hack.

It’s so bizarre that it might just be an over-zealous jihadist looking to commit an act of cultural terrorism against us by misquoting or mistranscribing.

I do know one thing, in The Rise Of Skywalker Billy Dee Williams is wearing the exact same outfit that Donald Glover wore as Lando in Solo: A Star Wars Story, even though Rise takes place 40 years later.