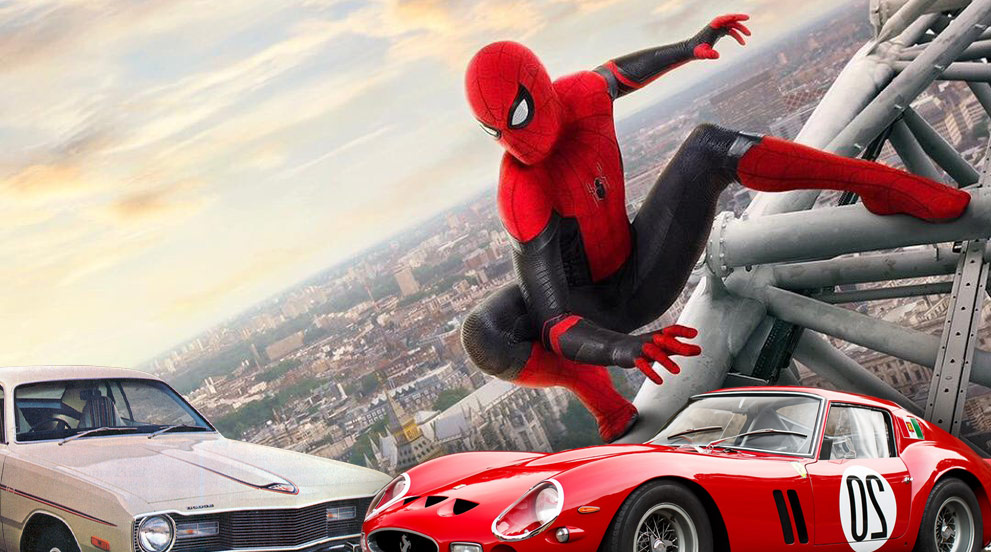 I spent the 4th of July Holiday in Montreal of all places and there it was the Cirque Festival du Montreal, which meant free Cirque du Soleili shows for three days straight in the park opposite my hotel.

I caught two shows because they were there and I’m all about free stuff. Watching the Cirque performers flipping and jumping and climbing and swinging all over the stage with zealous, showbiz abandon I couldn’t help but be impressed by the body in motion. Real artistry — an airborne ballet and all that jazz.

I also couldn’t help but muse about how my favorite superhero, Spider-Man has never been adequately captured being an agile jumper and dodger in my opinion.

Sure they show him jumping and twisting and contorting in the Spider-Man films but there has never been that Crouching Tiger Hidden Dragon sense of magic and visual poetry to his movement. The filmmakers have never properly punctuated how incredibly hard it is to hit Spider-Man. Yes, Flash Thompson swings at Peter and misses in Raimi’s original Spider-Man and after that briefly satisfying moment, the film promptly drops that aspect of Peter’s power. And even still that scene was shot in wonky SLOOOO-MOOOO. Not cool-ass, martial arts movie fast-motion.

And I might have said as much before, but for whatever reason, the filmmakers of all the Spider-Man films don’t really seem to BELIEVE in Spider-Man like they do say Batman and of course Superman, who is always unrelentingly awesome in his films. Lest I forget—what about Robert Downey’s Iron Man? He’s so awesome that even in a film like Spider-Man: Far From Home, he’s still a major force to be reckoned with even though he’s technically not in the film.

So here we have Spider-Man: Far From Home which actually has one of the simplest, most palatable and best plots of all the Marvel movies and another engaging villain with a solid performance by Jake Gyllenhaal who gets “The Great Sport Award” for playing a third-stringer like Mysterio when he almost played Spidey himself back in 2004’s Spider-Man 2.

His Mysterio, like Michael Keaton’s Vulture before him, takes a dumb, implausible, lower-tier character and elevates him into a “Hey! He’s actually fairly cool” super-baddie type.

The problem with the film for me? Spider-Man is still an exasperating weiner who can’t fight.

So even though Peter psyched himself out of being crushed by enormous weight in Homecoming and beat the Vulture, went to space and helped bring down Thanos, he starts the film pretty much being in the same awkward mental and physical space he was during most of the previous movie.

It’s like after the first JJ Trek — which I hated — when I thought: “Okay. Cool. That was a trainwreck. But now Kirk is in the Captain’s chair and they can start exploring and doing a Star Trek movie in earnest.”

Only for the mindless JJ/Orci/Kurtzman brain trust to follow up with Into Darkness where they essentially reset the characters to exactly where they were in the first shitty film.

Same deal in this movie. There wasn’t one scene where Spider-Man owns a ham-and-egger like Mysterio. The Mysterio mindfuck sequences were great, straight out of the comic. But the classic takedown of Mysterio is to smash his face right through his stupid fishbowl helmet. Didn’t happen.

The worst of it is, Spidey seems to struggle and flail his way through every action sequence.

His superior speed and agility in the finale was shot in tiresome, super slo-mo close-ups instead of wide-shot, regular-speed that should show just how impressively Spidey can dodge all those drones.

The filmmakers clearly never studied this: 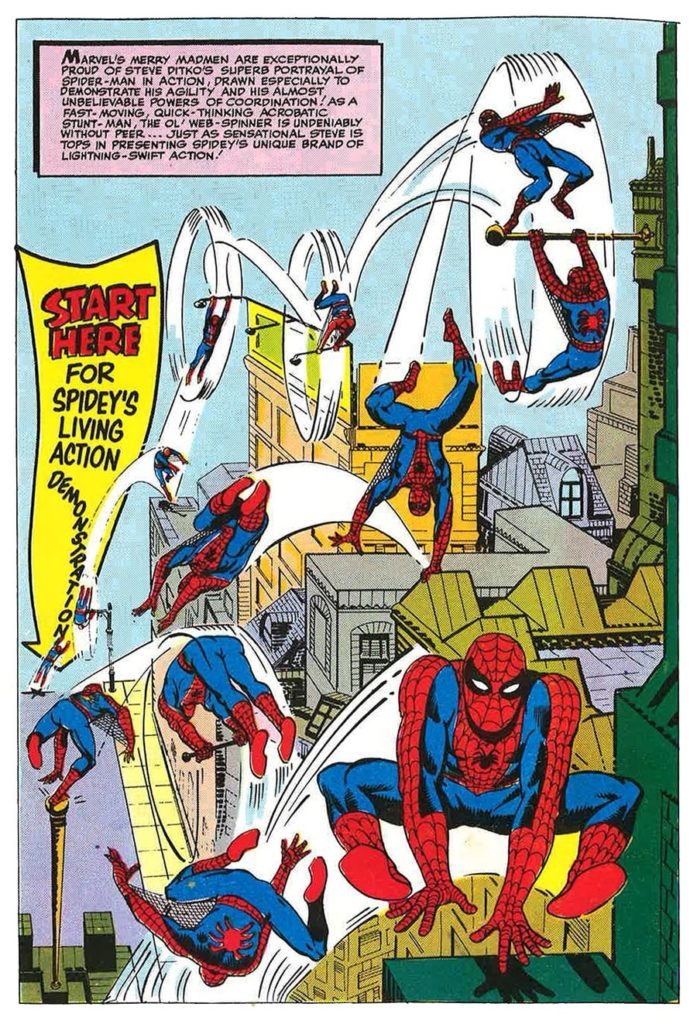 The battle ends with Spidey winning by basically luck and a prayer and I hate that. Spidey should win decisively.

I think an issue might be that the filmmakers and producers, Kevin Feige and even Jon Watts and probably Robert Downey Jr. are all equating Spider-Man with Tom Holland and want to keep him down because he’s young and maybe they fear that he will get a big head and go all Andrew Garfield on them.

But aren’t all these age-obsessed studio chiefs hungry for young talent?

The script kept bringing up the fact that Pete is the heir-apparent to Tony Stark.

But in no way shape or form does Tom Holland seem like he could ever fill Robert Downey’s shoes. And that’s because they’re writing and directing Mr. Holland like he’s a complete feckless asshat.

They have the best, coolest character in all of comic-dom, their Ferrari 250 GTO, their flagship guy. And he sits in the parking lot idling.

Okay, so Marvel this is what will make me shut up in the next film or so:

After JJJ’s outing of Peter Parker, have an opening credits sequence where Spidey is fighting for his life and WHOOPING ASS Deadpool-style. Show those Spidey-sense fueled dodges and weaves where no can touch him — forget ramping up the speed and slowing it down, just show it in regular 24fps, nothing like real life to heighten the sense of awe — and with that he makes light work of Shocker, Scorpion, Taskmaster, Chameleon, Kingpin, whoever.

Bringing him to the point where he was in the Lee/Ditko era where he truly believes no one can beat him.

Why pussyfoot around? You have the greatest Spidey story just sitting there waiting to be told and Disney now owns the character. 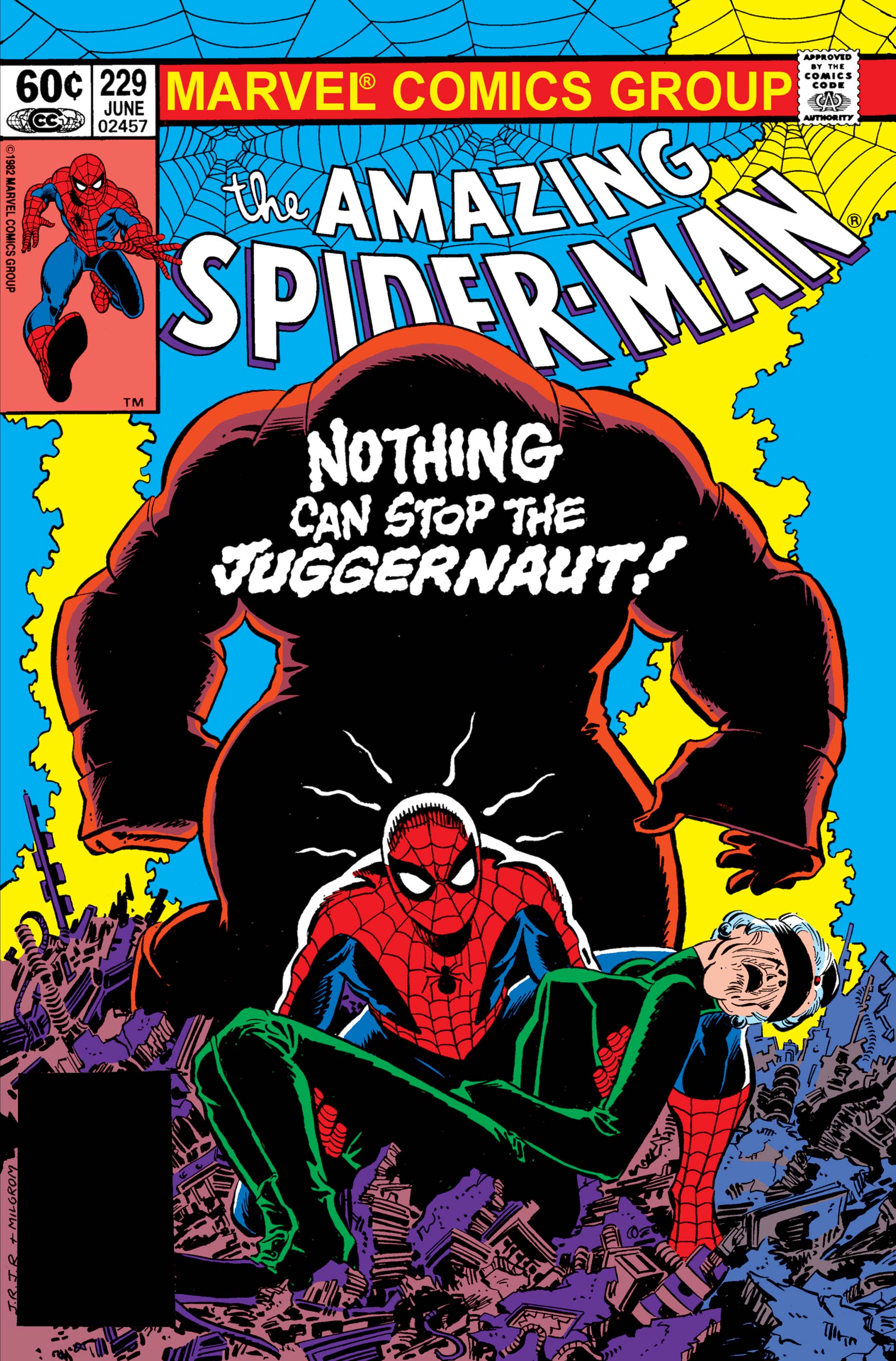 Now in the comic, Juggernaut tries to kidnap and nearly kills Madame Web, which wouldn’t make much sense in the MCU, so you know, have Jugs smash through Stark HQ for whatever McGuffin and nearly kill Pepper and Happy or kill them outright, raise the stakes.

So Pete has a reason to get even.

And even have Jugs beat the shit out of Smart Hulk and all these mid-level Avengers for good measure just to show what Pete is up against and of course, Juggernaut beats the living tar out of Spidey, just like in the comic.

Believe, Marvel. Imagine the money you’d make if your films were actually great.

Blues Hammer, a full-time dreamer, like my father before me.