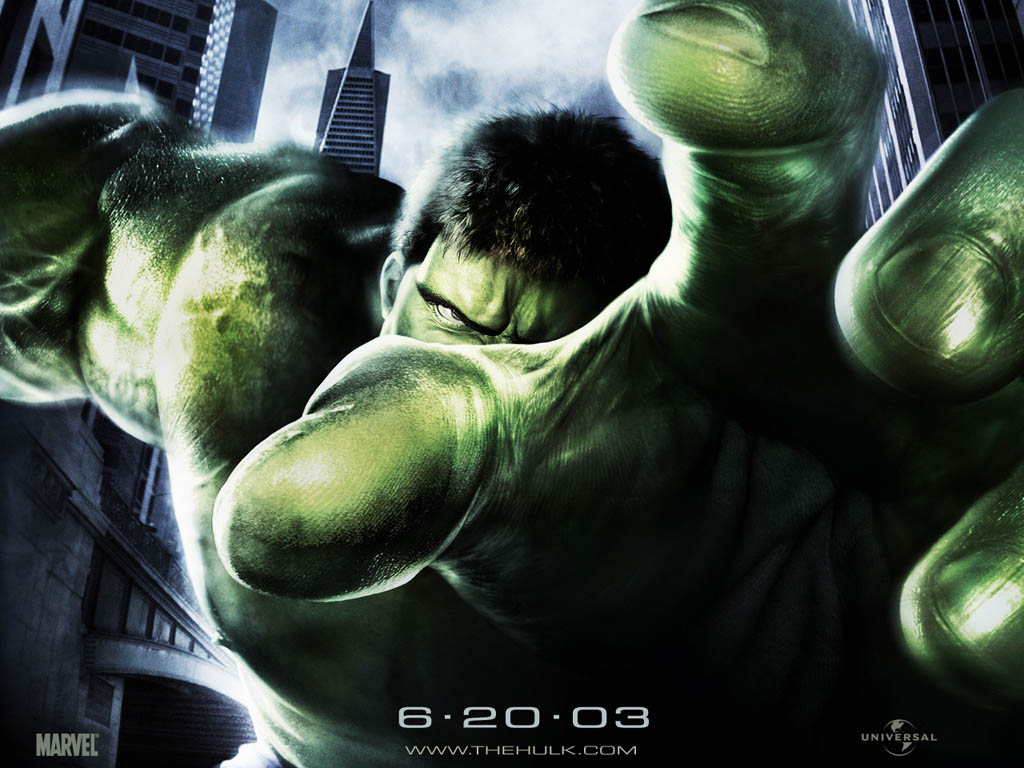 You know what I like? The movie that tries.

It’s why I can watch Star Trek V: The Final Frontier, to name one. It’s by no means a good film, to be sure, but Shatner had big ideas there. Didn’t come off – we all know that – but no one can say they tossed it off to formula.

And Ang Lee’s 2003 stab at the Hulk is now widely perceived as a failure. It received neither favorable reviews nor a high box office return. And there are problems with this movie. It is way more somber and psychologically pretentious than it needs to be. It is nigh-on impossible to visualize this version of the character kicking Loki’s ass and enjoying it.

But really, for all its faults, it had at its heart an earnest and carefully constructed attempt to engage its audience in a genuine human drama rather than a “will-these-explosions-do?” summer cash-grab. And throw into the mix some really superb cinematography, editing and comprehensible action sequences, and Hulk, flaws and all, became one of those rare things: an intelligent blockbuster.

It opens with a crackingly put-together montage of genetic codes and scribbled handwriting. This is the work of David Banner, a military scientist with a porn-star moustache/haircut combo who is attempting to crack the secret of cellular regeneration in humans by cutting up starfish. He’s a Movie Scientist, so naturally injects himself with a spurious substance, and, following the birth of his son Bruce, realises that “something” has been passed on. 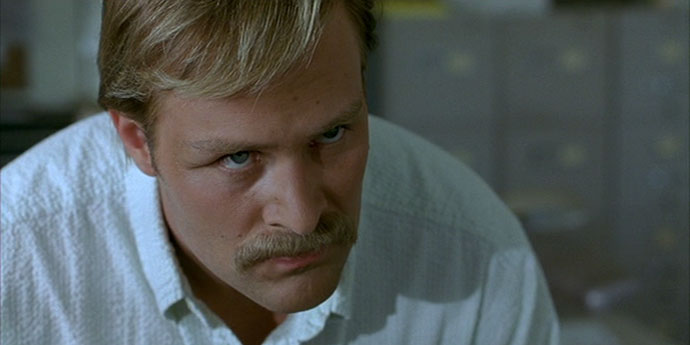 The military, clearly unable to tolerate his in-no-way-regulation haircut, terminate his research and throw him in jail for the next 30 years, but not before some horrible event has occurred between David and his wife, which the infant Bruce is unlucky enough to witness.

30 years later, Bruce (Eric Bana) has followed in his father’s footsteps and become a scientist himself, and opted for a much better haircut. He harbours deep repressed memories and works alongside his ex-girlfriend Betty Ross (the daughter of the man who terminated his father’s research), researching the potential of microscopic “nanomed” robots to repair damaged organic material.

They spend their days watching frogs explode until Bruce is accidentally zapped by gamma rays and nanomeds, at which point his father reappears (Nick Nolte, over-acting for humanity in a voice with more cracks than a broken pisspot).

The most immediately noticeable thing about Lee’s film is the comic-book style editing of each scene. There are multiple angles of the same shot on the screen at the same time, combined with freezes, dissolves, and page-turnovers. Ordinary organic objects will slowly take shape on the screen, such as a desert plant, and lead us into the next scene. 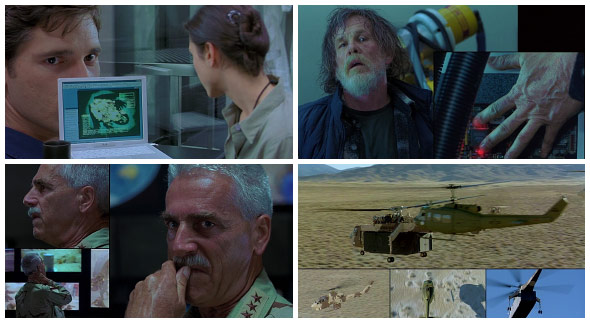 It is beautifully dedicated to its own visual language, and looks as close to a comic book as it’s possible to get on the screen without actually being a cartoon. And any film that reminds me of Creepshow gets points on general principle.

The action sequences are punctuated by some quite beautiful shots of the Hulk soaring through the desert, accompanied by a rousing Danny Elfman score and Arabic-style chanting, before he stops to admire something as simple as some colourful moss on a desert boulder. Ang Lee was really not just trying to make an action film, but attempting to add art and lyricism to his story. It often works.

But let’s address the first CG Hulk. Some would say that this Hulk has a puppeteer’s artistry to it that invites you to make an emotional investment. And some would say it looks shit.

Both views are valid. Really, he doesn’t look great. But although his proportions are off and he never convinces as a character in the way that, say, Gollum did in the same year, there is a strange, soulful quality to this Hulk that the later iterations seem to lack. 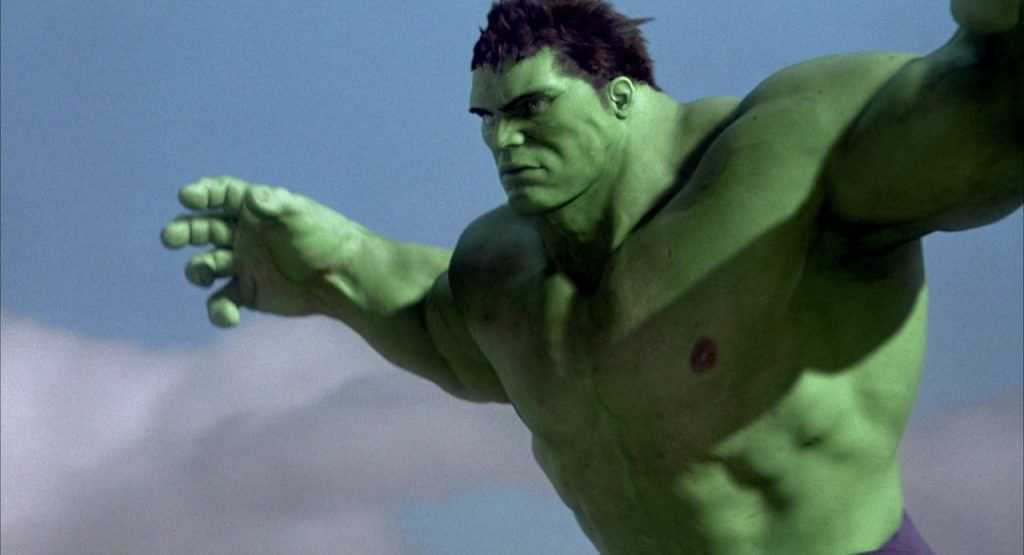 There are other flaws. The pacing is misjudged. The transformation scenes are pretty comical. It’s nearly an hour before the Hulk actually appears, and often the psychodrama and long pregnant silences can have you looking at your watch. Although Lee’s attempts to inject human drama and emotion into his story are commendable, they ultimately come close to sinking the film.

And the ending is close to incomprehensible. There is a battle, and some effects, and something definitely happened. I’m sure of it. But I’ve never worked out what it is.

Ultimately this is a brave and unconventional attempt to bring a ridiculous concept to the big screen without resorting to wall-to-wall explosions and special effects, and although it requires reserves of patience, there’s a lot to be admired here.

Failure can be glorious – as long as you tried.