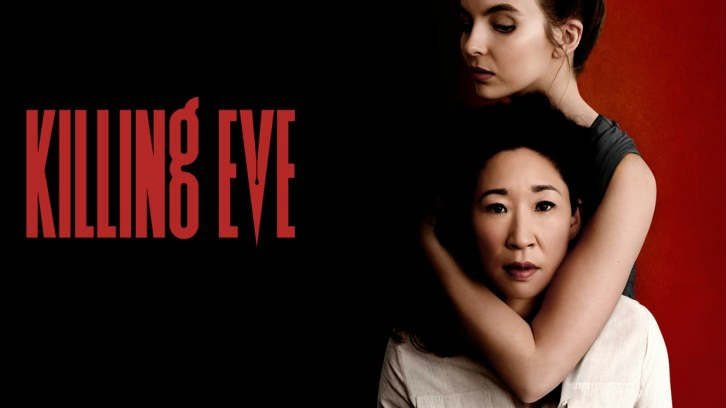 Over the decades there have been a slew of films about female assassins. From La Femme Nikita to Kill Bill, it practically represents a genre in itself; the very notion of beautiful (or in rare cases like Kill Bill, so-so looking) gals laying waste to thuggish dudes sets them apart from various Bonds, Bournes and Wicks, “men’s men” who use almost supernatural skills to jack-up a wide variety of foes. But hey, those are “men on men.”

There is a certain feminine empowerment about kill-happy women, and for a lot of guys it’s a sexy concept. We all like strong women, right? Right, guys? Guys?

BBC America’s Killing Eve presents yet another Kill Gal in the form of Villanelle (“villain,” get it?), a character based off a set of novels about the fun-loving French kill-cutie.

And what Villanelle considers fun ain’t too nice.

In the first three episodes Villanelle has yet to display any John Wick-level karatesizing of victims (though it seems implied she can handle herself hand to hand to some degree). Uniquely, she seems to be right out of the Hannibal Lector school of being underestimated and capable of swift and blinding violence.

Villanelle, played by English actress Jodie Comer (who I predict is going to become a huge star), loves creative kills over straight-up Kill-Billing. She seems to have the heart of a giddy little prank-playing schoolgirl, and her favorite kills come off as sadistic practical jokes. When she is forced to use mundane killing methods such as gunshots to a victims chest, she sits right down after the hit and sulks in boredom while emo music plays. She’s not exactly an artist; she just likes to have interesting fun.

Sandra Oh (Sideways, Grey’s Anatomy) plays a British secret intelligence desk jockey who gets the job of putting together a team to hunt Villanelle. Oh is soon taking things personally after passing encounters with the assassin, and Villanelle quickly develops an obsession with the middle-aged lady that seems to mostly be based on Oh’s hairstyle reminding the young girl of somebody. Indeed, by episode three Villanelle is having an affair with a much older woman with a similar hairstyle. I fear for that woman.

So far the dramatic tension is building between the secret agent and the assassin from a distance, but another interesting angle is the tongue clicking of Villanelle’s handlers. They appreciate the young girl’s success rate in difficult assassinations, but less so do they appreciate her theatrics and personal touches. She takes huge chances when it comes to being identified. Does Villanelle herself have a joyful death wish? It will be interesting to see where it all goes.

Look at your local listings for BBC America and check it out.