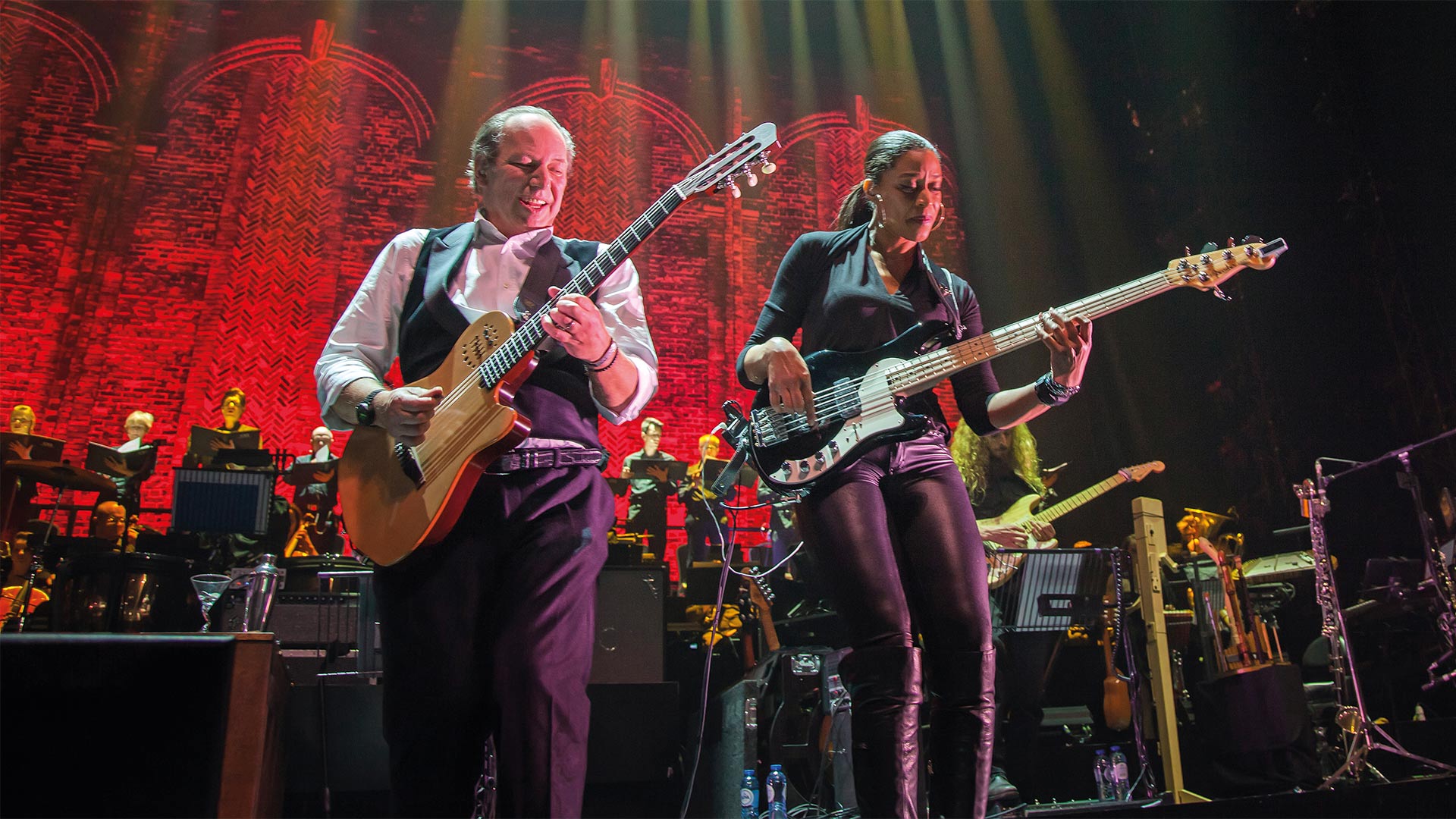 Composer Hans Zimmer has crafted one helluva discography and it is faithfully and beautifully presented in his concert Hans Zimmer: Live In Prague, streaming now on Netflix.

Of course, he doesn’t play every piece he’s ever written but he does hit the highlights and he presents them in a fresh and thrilling way. 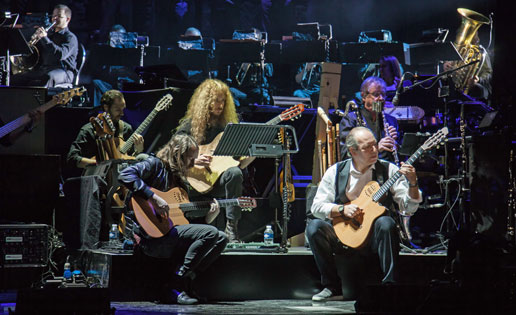 I got goosebumps many times while watching this one, as each familiar melody began and then built in musical layers into a crescendo of sound.

So many timeless scores and nearly each one is prefaced with an anecdote from Zimmer himself before he begins to jam with his musicians.

I was also very impressed by Zimmer’s ability to play multiple musical instruments. He looks like a rock star, though aged, on stage.

Lastly, these two heavenly creatures are front and center for the entire show, Crom be praised!

Both are dressed like extras from a nightclub scene in The Matrix, and, well…

If you’re a fan of Zimmer’s work, you will absolutely love this presentation, and as a fan, I give it my highest recommendation.