Time to put down the pitchforks and torches for a while and get edumacated with today’s bi-annual Film 101 article.

The topic: “the greatest film ever made”, Orson Welles and Citizen Kane.

In the last 20 years or so, The Godfather has started to become considered by some critics to now be the greatest film ever made. I still think it’s Kane. Though The Godfather is great, Citizen Kane is not just a well-made movie, it literally revolutionized and changed how films are made. Many techniques that are part of the everyday film vocabulary could be traced back to this movie. Welles introduced new ways of editing and storytelling that were never done before.

One of the most interesting things about this movie is how a lot of people seem to view it as a huge weight and something that you need to have your thinking cap on in at all times in order to either understand or enjoy it.

But that’s not the case. I remember watching Gene Siskel talk about it once and he said one of the great things about it is how accessible it is to everyone and he’s right. Despite the film’s reputation, it’s something that is extremely easy to get into and enjoy. It’s a fun movie and lends itself to multiple viewings. There’s a reason why you can’t get past an episode of The Simpsons without Citizen Kane being referenced in some way. 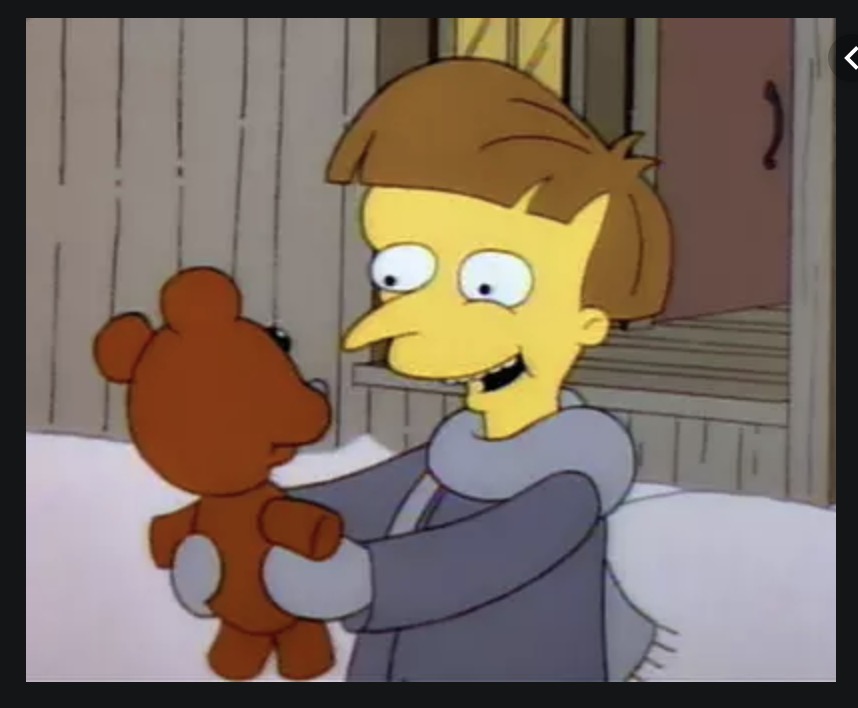 We all know the plot of the movie by now, so there’s no point in going over it all again, but Citizen Kane is about the life of newspaper tycoon Charles Foster Kane, one of the most powerful and influential men in America. It’s told mostly through flashbacks to a reporter who is sent to try to discover the meaning behind Kane’s last word, “rosebud”.

Kane’s fictional life is based on the life of William Randolph Hearst, who was so powerful at the time that rival studios tried to buy the movie from studio RKO for no other reason than to burn it in order to make sure it never sees the light of day because they were worried about the damage Hearst would do to Hollywood once the movie came out.

Though not happy with how Welles portrayed him in the film, apparently the thing Hearst was most upset about was how incompetent Welles made his real-life mistress, Marion Davies, look and banned any mention of the film in all of his papers.

And the mysterious “rosebud” that everyone is trying to discover the meaning of?

Apparently, that was the nickname that Hearst gave to Marion Davies privates. So at the end of the day, Rosebud is just a big inside joke about a woman’s vag.

There is so much drama that went into make Citizen Kane that it’s almost as interesting as the film itself. When I was studying film, I would always tell myself that if I ever made it as a director that a movie about the making of Citizen Kane would one day be my magnum opus. 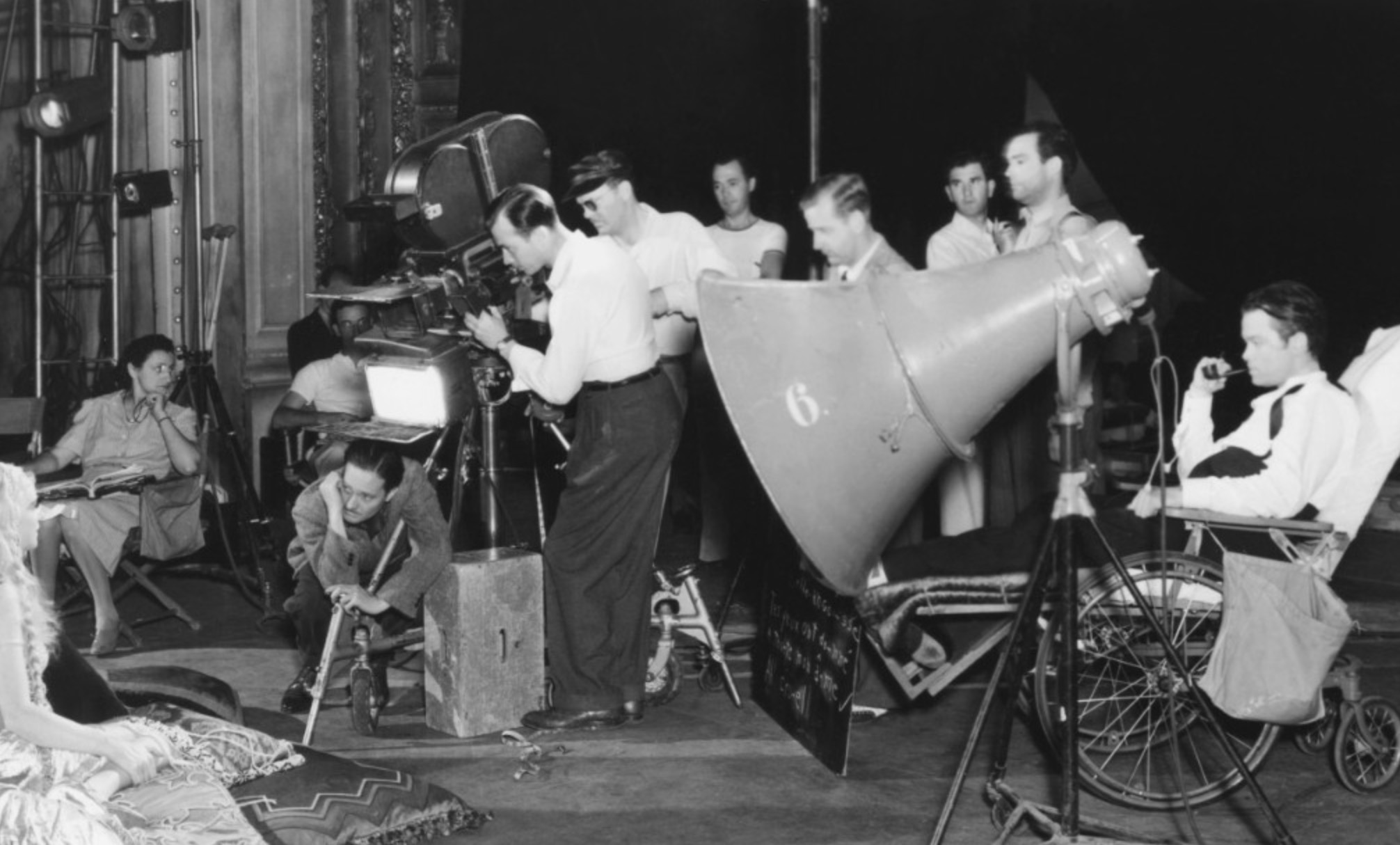 Welles came to Hollywood in the 40s as the biggest name on Broadway and was given what was at the time the considered the greatest contract in film history: total control to write, direct, produce and star in films for RKO Pictures.

Citizen Kane was not Welles original idea for a film when he first arrived from New York.

He had a number of projects that wound up going nowhere. At one point he was going to make a film with Lucy Ricardo herself, Lucille Ball. Then he was going to adapt the novel Hearts of Darkness and shoot the entire film from the POV of the main character. Hearts of Darkness had a script and sets were built, but it ultimately wound up being too much to chew and was canceled. 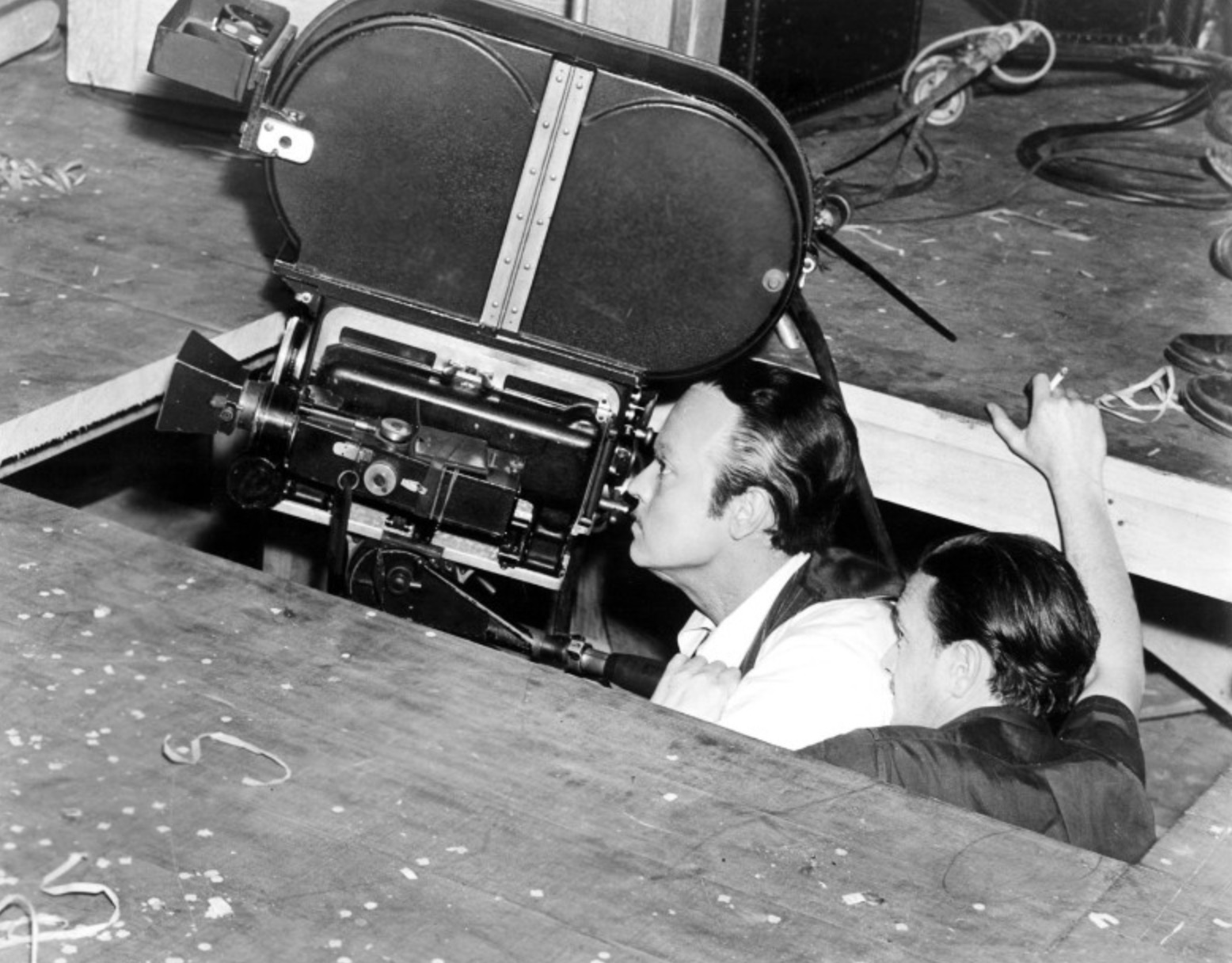 A lot of people in the industry started thinking that Welles would ultimately wind up being a flop and leave town without ever making anything, but then he hooked up with writer Herman Mankiewicz and they collaborated on a script that would eventually turn into Citizen Kane.

There is a lot of controversy over who actually wrote the script for Kane. Both Welles and Mankiewicz won Oscars for it, but a lot of people over the years have spent a lot of time and written many books trying to take credit away from Welles for his contribution to it. Pauline Kael made a career out of it.

A number of people say that Welles wrote almost nothing and only received a writing credit because his contract required that he did. The other argument against him is that Welles had never made a movie before, so how could he of written such a great screenplay the first time around?

I look at it like this, even if you take away Citizen Kane, Welles is still one of the greatest filmmakers ever and had written a number of brilliant scripts on his own. So if he was so incompetent, how do you explain everything he did post Kane? His next film after Kane was The Magnificent Ambersons, which he wrote on his own and for a time after it came out was considered one of the greatest movies ever.

So he went from not being able to put two words of a script together for his first movie, then suddenly became a great writer immediately after that?

Did he get plugged into The Matrix between films?

Welles was smart and made it a point to surround himself with a lot of great talent around him. The actors in the movie like Joseph Cotten and Agnes Moorehead were from his Mercury Theater group in New York. Gregg Toland was hired as cinematographer.

Welles unleashed him and gave him great creative freedom, creating some of the greatest shots in film history.

This is the film that really taught me framing and deep focus. Robert Wise edited the film and together with Welles condensed literally years of Charlie Kane’s life into only a handful of shots that lasted only seconds. Wise later on would go on of course to become a well-regarded director himself, listing The Sound Of Music and Star Trek: The Motion Picture on his IMDB.

After the film’s release, Hollywood branded Welles a troublemaker and his contract with the studio was altered, giving him less control over his next film with them. Despite making two great films for RKO, Welles became an outsider in the industry and found it hard to find work for the rest of his career, often making odd deals in order to establish funding for a project.

By his third film, The Stranger, his power had sunk so low that the studio gave the editor of the film more control over the script than Welles and actually gave the editor the ability to cut out scenes that he did not like before Welles began shooting.

Knowing this, Welles, who already was known for long takes, planned entire scenes to be shot in one take in order to avoid it being cut down later on in post by someone else. Some of the longest takes of Welles career are in this movie as a result.

If fact, other people taking over his films in post and not having a say in the final cut became the story of most of his work after Kane. People don’t realize this, but most of his work that you watch in film class is not his cut of the film.

Touch of Evil is required viewing for every intro to film class, but the entire movie was re-edited and parts of it were even reshot after he delivered his cut.

For The Lady From Shanghai, Welles delivered a 20-minute ending that was cut down to only 5 minutes by the studio.

I think that’s the greatest show of how great a director Welles was.

Usually, when a studio gets involved and starts to recut a director’s movie, it turns into a hatchet job and totally unwatchable. But Welles writing and directing was so good that even studio interference did not prevent most of his work to be considered masterpieces.

But that’s one of the biggest tragedies and what if’s in Hollywood history. What if the studios left Welles alone and did not brand him as a nogoodnik? How many more great films may we of got out of him?

Instead he became so desperate for work that he would take bad jobs just so he could raise money for his next film. Though if he didn’t then we never would have got this clip of him interviewing The Muppets…

I know I’m not saying anything about the movie that most of you don’t already know about, but I just really love everything about this picture.