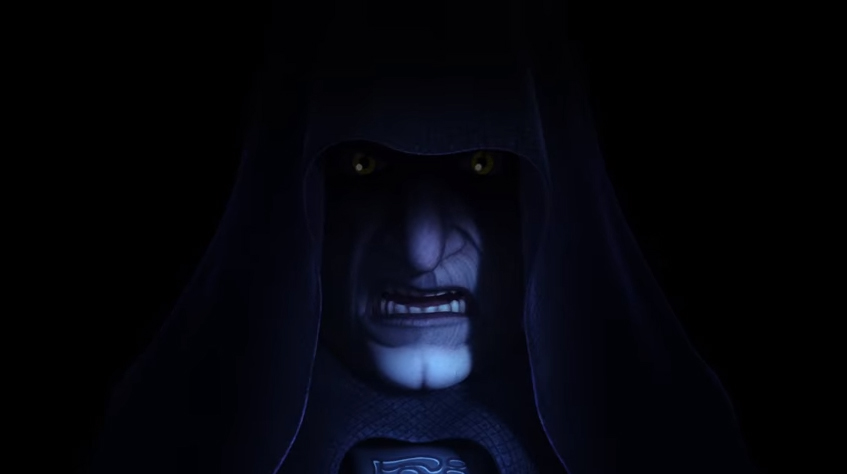 The mid-season trailer for the fourth season of the animated Star Wars Rebels series came out yesterday, and it looks like our dear old friend The Emperor is back.

The great Ian McDiarmid has returned to voice Emperor Palpatine for Star Wars Rebels.  It appears that he’s going to appear in at least a couple of episodes before the series wraps up this March.  Executive producer and cowboy hat enthusiast Dave Filoni spoke with Entertainment Weekly’s Anthony Breznican, and Filoni said this of The Emperor:

He is the one running everything and the evil of the land. We dealt with his lieutenants, and Vader is a lieutenant. This is the ultimate source of darkness in the galaxy. He’s a sophisticated villain. That makes you more worried for Ezra.

I watched a couple of episodes of this series in its first season.  I couldn’t get past the style of animation used, but I really liked that they were using a lot of Ralph McQuarrie’s concepts and designs. Friends have told me that this show is pretty decent overall, so perhaps I’ll check it out someday.

I know that Star Wars Rebels has brought back Billy Dee Williams and James Earl Jones to do voice cameos in the past.  Similarly, I think it’s pretty cool to bring back McDiarmid.  His completely over-the-top performance in Revenge of the Sith was one of that film’s few genuine saving graces.