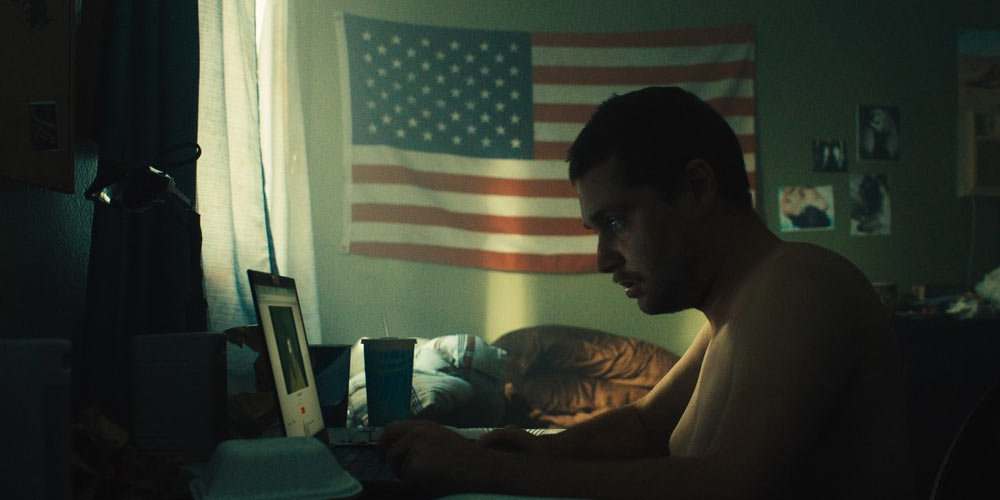 “Are You Ready To Take The Redpill?”

A lot of times, an independent filmmaker will look at society, filter it through his own experiences and take the initiative upon himself to delivery a socially relevant film that connects with the masses by capturing the current cultural zeitgeist.

Rob Lambert, director of the generic fear-piece Cuck, is not such a filmmaker.

Brooding Ronnie lives with his mother in a run-down section of Van Nuys. Unstable and isolated, he binges on popular Alt-Right vlogs and creates his own video channel on the downfall of “real America.”

In a world where opportunities are few, Ronnie rages, fueling his anger with pornography, racism, and delusion: a toxic cocktail waiting to explode.

Exploring the themes of twisted patriotism and sexual dysfunction, Cuck sheds light on 2019 Trump America and its roots in our society.

By demonstrating zero artistic aspiration, the trailer is even worse…

That’s right, sixty-six million Americans are all angry, overweight, low-wage white guys who don’t get laid while training for mass-shootings.

Let’s clarify a few things here about the mommy-blog ideas in this movie:

The Associated Press, the premier news reporting agency in the world, officially defines “alt-right” as being:

“an offshoot of conservatism mixing racism, white nationalism and populism.”

It’s racist, white identitarianism — meaning white people who want to be separated from other races, whether in part of the United States or somewhere else.

That’s it. Nothing else.

I’m not sure when it became an extreme position to be against people running across our border to live in our country. No other country allows unchecked immigration.

The trailer seems to dwell on that while ignoring the most important “struggle” that the “alt-right” sees themselves engaged in.

And no, it’s not feminism.

Most of these actual alt-right people like David Duke and Richard Spencer — who are still allowed on Twitter while a simple Water Filter Salesman is banned — don’t really talk about the invasion of America by alien foreign nationals from the Third World.

Neither is it a huge topic on the edgy message boards like 4chan and 8chan.

These people are focused on something else entirely. A topic that can’t be discussed on this site without inviting a delisting from Google.

There Is No Drumph’s America

There is just America. It’s same exact America it was three years ago at this time except the stock market is much higher, The Islamic State is functionally destroyed, your taxes are probably a little lower and your President is doing a four-year-long roast of his opposition.

Three years ago we were bombing Muslims, we were temporarily putting alien foreign national children into “cages”, insane men on psycho-meds were shooting up workplaces, schools and churches and a few people were racist.

I guess the only difference is that the luxury belief left, including Hollywood, woke Twitter and the media class have lost their collective minds as they drive themselves into deeper and deeper delusional echo chambers to demonize their fellow Americans — so they don’t have to try to understand them.

A Waste Of Time and Human Effort

Look, there is a story about the actual “alt-right,” especially the fucking losers who larping around in Wehrmacht uniforms and giving the Hitler salute or the ones having torchlit marches through my fair city, but this is not it.

So, it will get no traction.

Unlike say, Lena Dunham, who parlayed her take on every girl’s aimless, post-college experience in Tiny Furniture into a subsidized HBO series about degeneracy, hedonism and hanging out, this guy has no talent.

Cuck will meet viewers at the intersection of Stunning Avenue and Brave Street in VOD city on October 4, 2019.