The new horror-thriller Run seems like a cruel joke, though you would never guess it from the film’s synopsis.

A home schooled teenager begins to suspect her mother is keeping a dark secret from her.

The main character is a girl who needs to escape from the woman she thinks is her mother, but she’s in a wheelchair and everywhere she looks she is told to “run”.

Wow, that’s just mean. Who does that?

Glass‘ Sarah Paulson and Kiera Allen star as the film’s mother and daughter. Aneesh Chaganty, who’s film Searching was a hit at Sundance in 2018, is behind the camera as director.

I’m not familiar with Searching, but the guy sitting next to me says it was a good movie. “It was a nice summer movie. You watched it, you enjoyed it and forgot about it.”

The film looks pretty creepy and may be worth a look.

It was originally scheduled to be released last month, but its release date was pushed back to later this spring. When you couple that with the fact that the film finished shooting Demeber 2018 and has been sitting on the shelf for over a year, that’s not a good sign.

The same thing happened to The Grudge remake that came out in January and how did that come out? 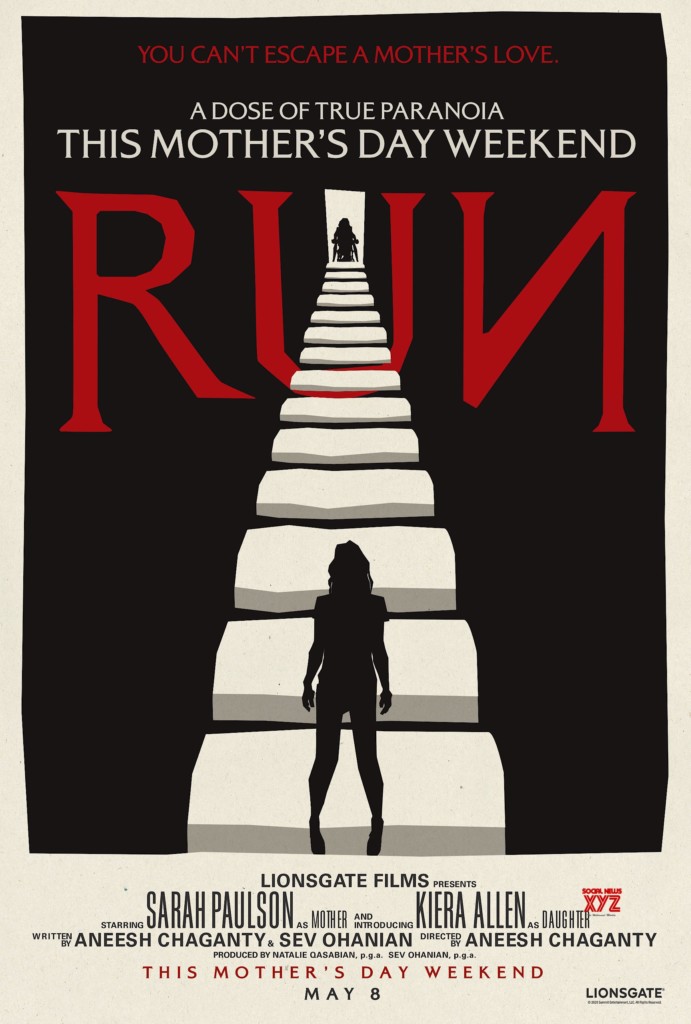