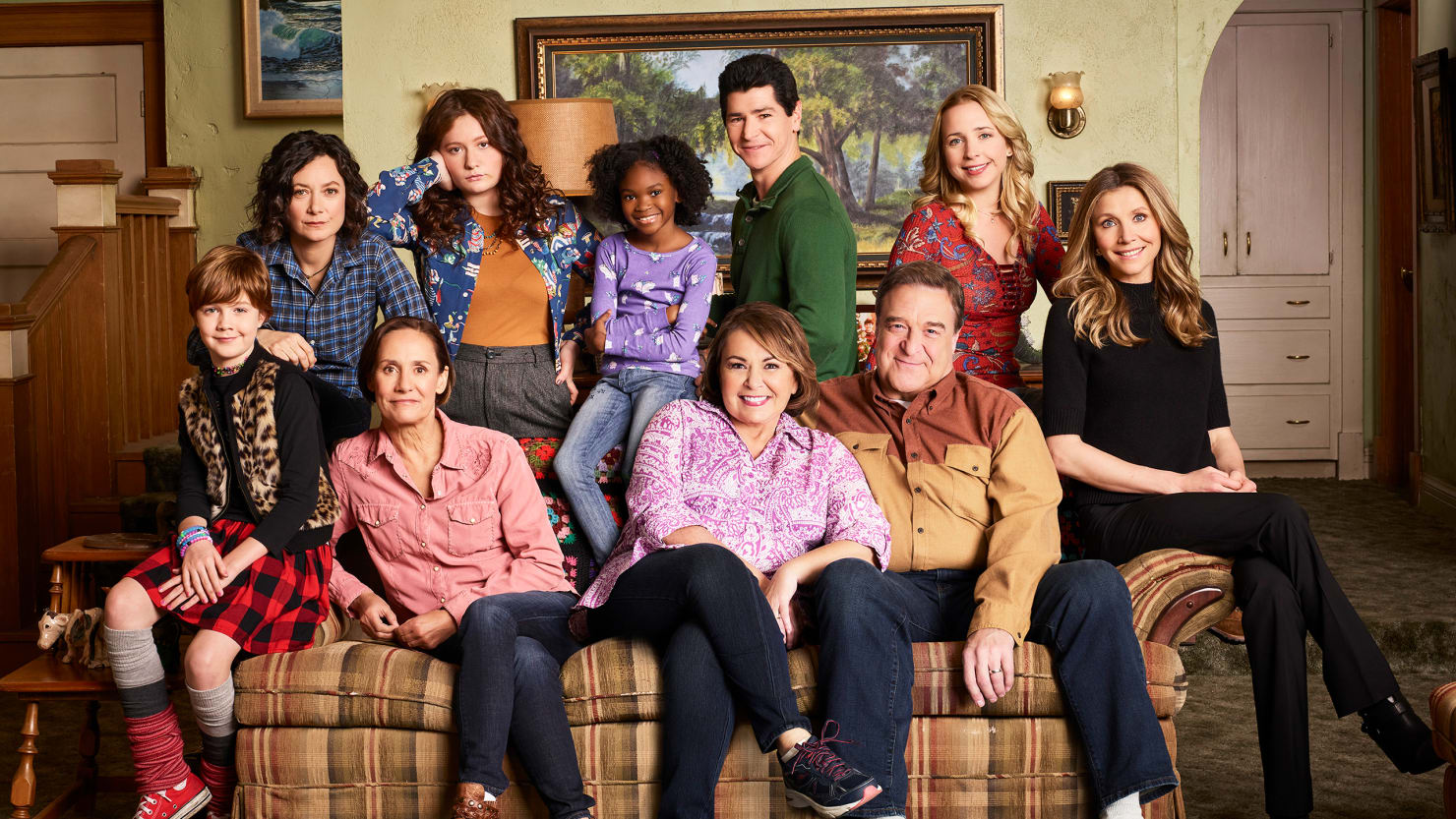 Roseanne: So That Just Happened

And it absolutely crushed it. First, it set a new record for the largest-ever Live+3 ratings. Not satisfied with that, it went on to score the largest ever Total Viewer L+7 increase for any single airing of any show on any network with a huge +8.8 million vier increase over its L+Same Day. After 7 days, the total ratings haul for Roseanne was tabulated at 27.6 million total viewers (from 18.45 million L+SD).

The big hits for NBC, This is Us and The Voice typically score a 2.5 and 2.3 total. At present, in the modern market, Roseanne is not only an unqualified hit, but the single biggest scripted show on television.

Roseanne Is Awarded The Presidential Medal of Freedom

Well, maybe not quite, but Trump did call her to congratulate her on her ratings win. And also took credit for her ratings success in a speech on infrastructure. That guy!

While it may not get the kind of fawning press coverage it deserves, the debut of the Roseanne revival is a phenomenon on the level of the final episodes of Seinfeld or M.A.S.H., which drew 76 million and 121.6 million viewers, respectively.

Of course, if a modern network TV show drew those kind of numbers it would usher in the apocalypse, but the Roseanne debut marks a similar seminal event in network television for the modern era.

Second Week Down from First But Still Crushes Everyone Else

So of course it needs to be undermined. Vanity Fair suggests Roseanne’s grandparenting discipline of Darlene’s out-of-control daughter means she’s forgotten the Culturally Important message of child abuse that was ever-present in the old Roseanne. Vox unsurprisingly attacks Roseanne for supporting Trump and being rich and retweeting right-wing conspiracy theories.

Rolling Stone (and this will shock you) says the new Roseanne reboot “just plain sucks” and “drives a stake” through the show’s “compassionate legacy”. I’m not going to search for it myself, but I would be surprised if Rolling Stone ever had a single nice word to say about Roseanne‘s original run, either. He also argues that the film Lady Bird was the real Roseanne reboot, so. . . you know, they have no idea why the show was successful.

Too bad they don’t like it. The Roseanne revival has already been renewed for a 2nd season by ABC.

So Why Is It Such a Massive Hit?

I think there a couple of reasons it hit so hard and will like remain strong through the rest of the season, and possibly into the already green-lit season 2.

The first one is that, while exaggerated, it feels real to a lot of people under-serviced by Hollywood and network television. As I argue in my article on The Middle, there’s not a lot of representation of middle-America or lower-middle class life in suburbia or small towns on American television these days. People can enjoy shows like Will & Grace, but those characters live a life 90% of Americans simply do not recognize. Roseanne fills a huge gap that is presently only occupied by The Middle, also on ABC, and possibly Superstore (NBC).

The second is that I’d have a hard time thinking of a show on network or cable television that might actually make fun of a Hillary supporter (Roseanne’s long-suffering sister, Jackie) or have the Trump-lover come out on top in any exchange.

Like him or hate him, 46.1% of the country voted for Trump. That’s 62,984,825 people. One television show that neither ignores the fact he exists nor seethes with outright hate for him stands to clean up in the present media landscape.

I expect Hollywood will learn the wrong lessons from this, like always. Pundit and entertainment gadfly Rob Long (showrunner of Kevin Can Wait and longtime writer for the NBC comedy Cheers) says as much on his podcast for KCRW. Namely, that it’s time to bring back the multi-camera, live-studio-audience comedy. Not that funny shows written to appeal to middle-America are currently in very short supply.

Rob also has a great podcast on week two of Roseanne. Check it out.

I’ve watched all 3 episodes that have aired so far. They aren’t perfect, but I enjoyed watching them. I think time will sand off a lot of the rough edges and freshman struggles even a revival series can suffer. What we may end up with is at least two seasons, if not three or four or five, of great television comedy.

My Hands Are Really, Really Big—Huge, Even

As did Trump, I give the new revival of Roseanne two big, giant thumbs up. If you’re lower-middle class in middle-America with one or more ungrateful, entitled millennial children, this show is totally for you. Watch and enjoy.