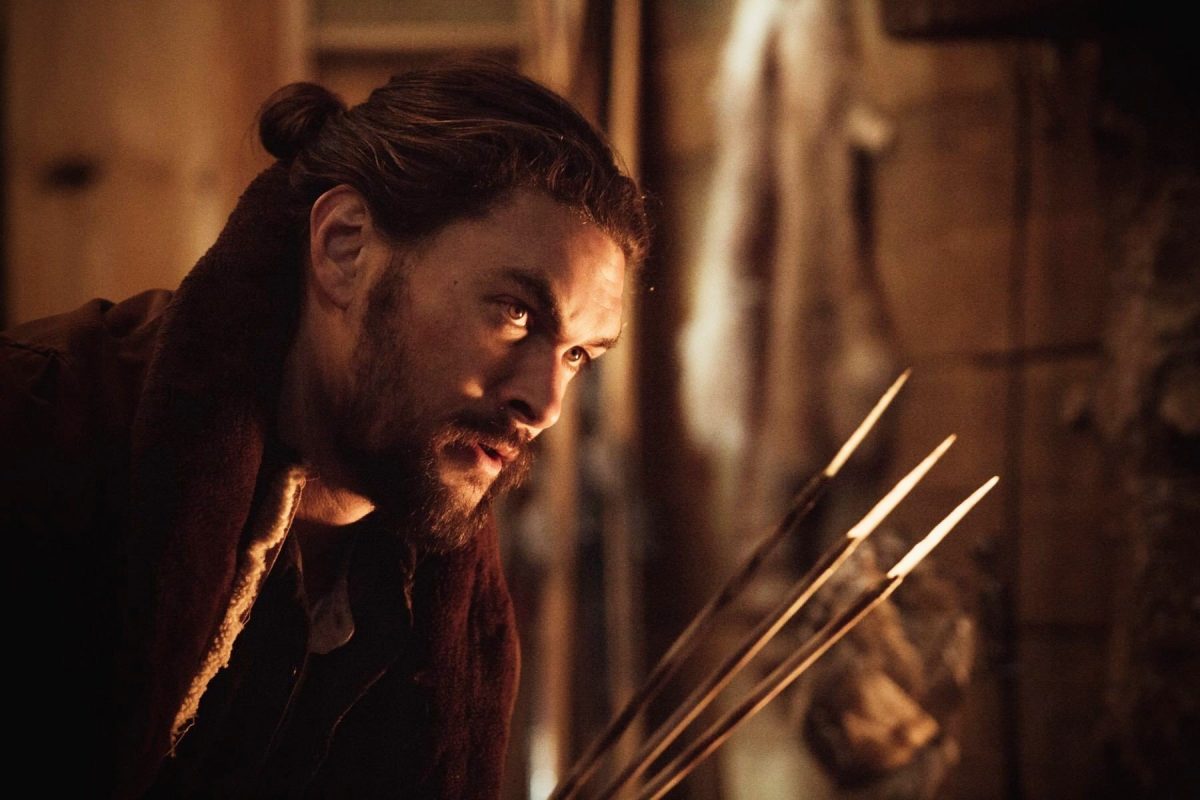 Die Hard on a snowy mountain. And I mean that in a good way. Braven captures the feel of the first John McClane adventure in that the plot is simple, the kills feel real, and the acting is believable.

I was unaware that Jason Momoa had any acting talent. I’d seen him in the 35 or so minutes of the Conan remake that I watched, and my half-hearted viewing of the Justice League travesty didn’t reveal anything other than that he could act like a muscle head.

In Braven, he reveals a quiet talent as he plays a husband, father, bossman, and the son of a man with brain trauma. And he gets to kick a lot of ass.

Lang is just a damn good actor and here gets his chance to break our hearts as a man suffering the after-effects of accidental brain injury while trying to keep himself squared away.

Garret Dillahunt is less entertaining, but still adequate as the main villain. As soon as I saw his face I was wondering where I’d seen him before. I ended up having to Google it and found that he’d played Deputy Wendell in No Country For Old Men.

Do You Really Think You Have A Chance Against Us?

The simple plot of Braven unfolds as Momoa is betrayed by a friend/employee and ends up having to defend himself, his family, and his hunting cabin against a squad of drug dealers who behave like mercenaries.

I had a few minor plot-related gripes but I’ll only tell you about one: when the drug dealers show up to collect their product, they are armed to the fucking teeth. Tactical weapons and scopes. Perhaps I missed a bit of exposition but I found myself wondering what the hell they’d been anticipating with all their arms.

In any case, Momoa uses his head and whatever weapons he can lay hands on in order to deal with the menace. Again his acting is spot-on as he scrambles, much like John McClane, to get himself out of a tight spot.

Apparently even Wikipedia has not heard of director Lin Oeding. His/her direction is very competent and makes good use of hand-held cameras and tracking shots.

Most importantly, Oeding stages and films each kill and action scene with masterful skill. In particular is Momoa’s use of a flame-heated pair of fireplace tongs and a small hatchet.

There Were No More Worlds To Conquer

In a world saturated with Die Hard remakes, one Momoa stands in the gap for humanity!

I can’t imagine a 6th installment to the John McClane saga being more entertaining than Braven. I highly recommend it.