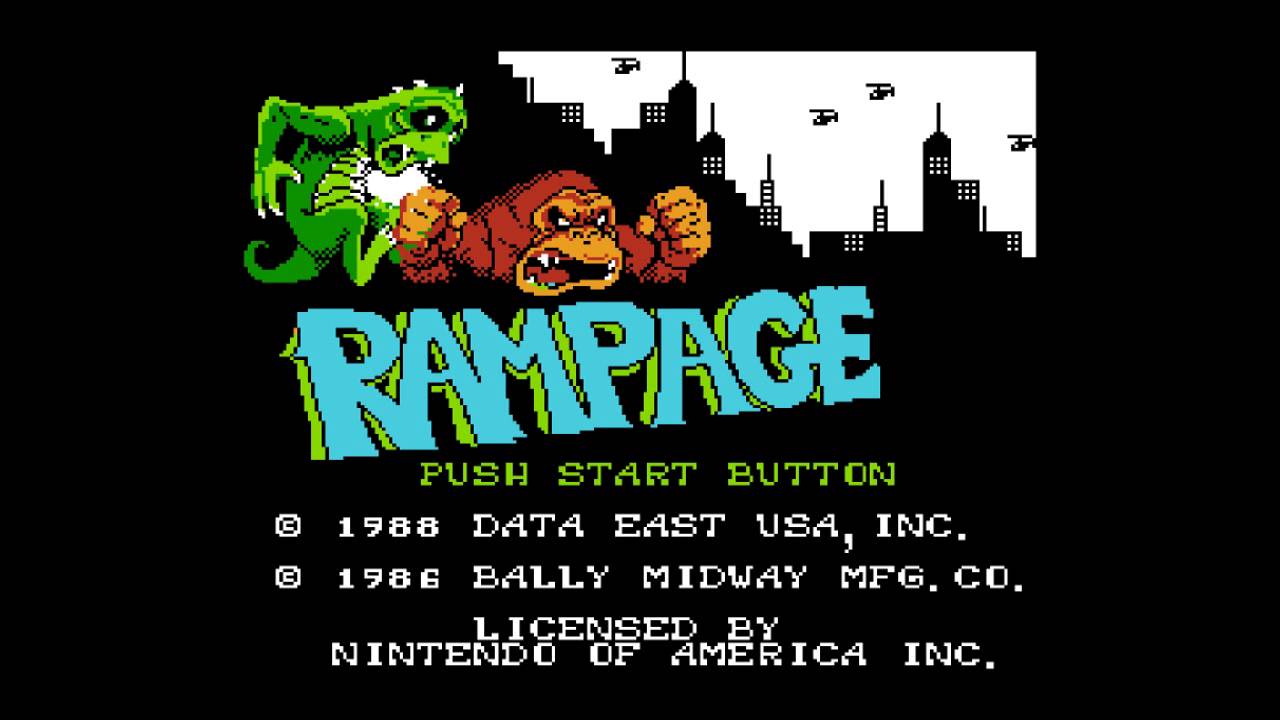 Growing up in the NES era, one of my favorite games to rent was Rampage, the game that puts the players in the shoes of knock-off King Kong and Godzilla, aka George and Lizzie (go fuck yourself, Ralph!) This game was a hit in the arcades and was ported to about every home system at the time, even the Atari 2600.

When I first discovered emulators in college, along with my latent homosexual desires, one of the first games I walked down memory lane with was the kaiju 9/11 simulator, Rampage. Due to its simple gameplay, there’s not much to hold the player’s attention and the experience grows stale quicker than the bread my wife makes with her vagina yeast. 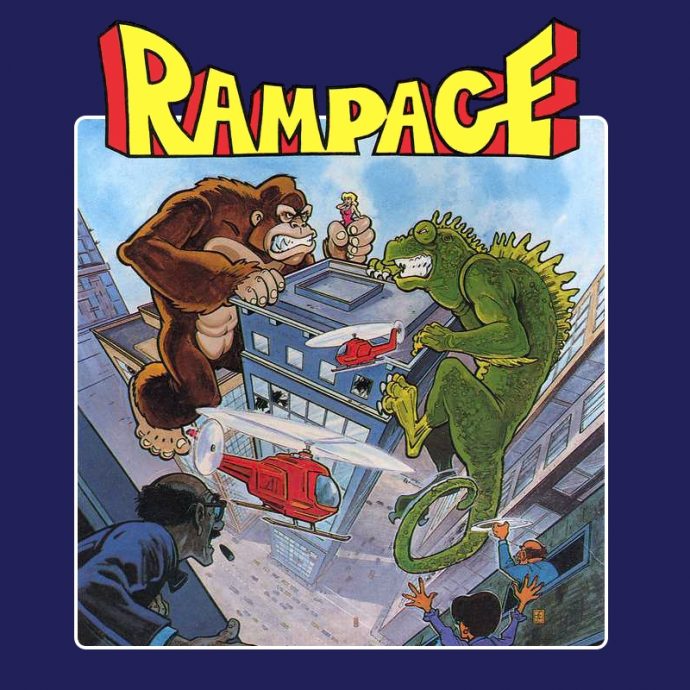 On The Subject Of Monster Dongs

The game is a destruction simulator, where players can either go it alone as one of the aforementioned giant monsters or tag team for some hot, creamy carnage. Here to rain on the monster parade, though, is the military who apparently don’t enjoy seeing their country destroyed.

Playing this game alone on my couch before dawn on a Saturday morning makes me realize just how sad and pathetic my life truly is, mainly because it reminds me of when I was a kid and had friends who would play the game with me. Now there is only me and the sound of the clicking controller buttons… 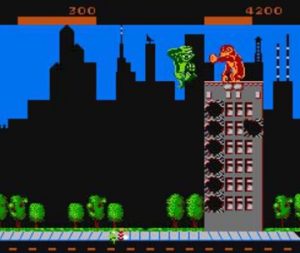 Looking back, the biggest draw was the little touches the developer put in to give the game character, such as the monsters covering their eyes when dropping from the top of a crumbling sky scraper. As the monsters are turning once beautiful cities to rubble, they’ll come across people in bath tubs, toilets, food, and poison all of which are edible (try it at home kids!) Whether or not it’s good to eat, the character will either get a health bonus or spit it out and take some damage. When a player’s health is exhausted, the character will turn back into a naked human and slink across the screen in their shame; once again proving that the greatest monster is Man.

I have heard the Sega Master System is the superior home port, but I am only familiar with the NES version. Along with the stale gameplay, there is no challenge to the game as the player has a seemingly unending supply of continues. I remember my brother and a neighbor sinking a huge amount of time into the game, only to have a lame ending be their reward.

There’s Money To Be Made

During the 32-bit era, a sequel was released, Rampage World Tour. Gameplay wise it is similar to the original, but this time around the characters have a digitized, ClayFighter look to them. Unless you’re a Rampage super-fan, avoid at all costs and opt for the original which is fairly inexpensive or find an arcade compilation disc for a more modern system on the cheap.

Because I grew up playing this game, and the humor is what I mainly remember, this game will always have a sentimental value for me. However, it’s one of those games that when I discuss old NES titles with people who haven’t picked one up since the early 90s, and they remark how awesome it is, I simply smile and nod, thinking about what their wife’s ass tastes like.

I wish this game would remain that untarnished view in people’s minds, but I’m sure the new movie will spark interest in at least a few of those people to seek the game out in some form and have their illusions shattered. Just like his defeat of Hulk Hogan at WrestleMania 18, it seems The Rock will not be satisfied until he has wiped his ballsack on everything we loved from our childhood. You’re up next Shazam! 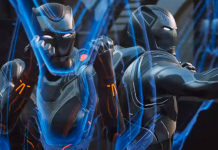 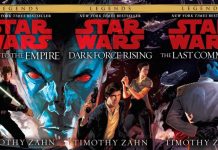 Save What We Love: STAR WARS Is Dead, Long Live STAR...

Reeves’ THE BATMAN Batsuit Looks Like a Human Tumbler
59 Comments

Chris Pratt To Produce Unity In America With… GOD?
29 Comments