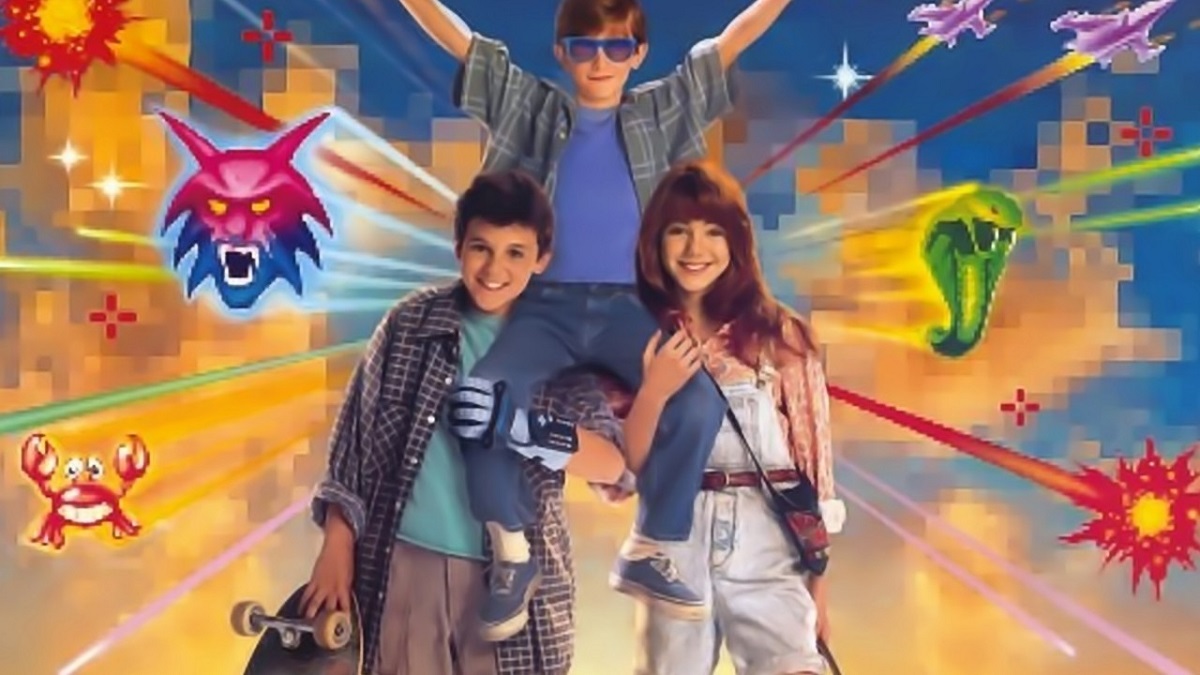 After having the displeasure of watching Ready Player One about a week ago, I couldn’t help but feel underwhelmed at the missed potential to make a fantasy, video game treasure hunt seem so trivial.

The Wizard is a 1989 commercial disguised as a movie. It stars Fred Savage, at the peak of his Wonder Years popularity, as Corey Woods. His father is played by the lesser Bridges sibling, Beau, and his older brother is Christian Slater for some reason. Corey’s little brother, Jimmy, is played by Luke Edwards who comes within a saint’s whisper of going full retard in his portrayal. They also have a dead sister or something.

The story begins with little Jimmy Woods walking alone down a highway on a trek to California from Utah. How this slow-moving child walking down a highway was able to avoid detection for so long really speaks to the ineptitude of the police department.

This is further highlighted by the officer who picks Jimmy up talking more about his wife than why it’s dangerous for minors to wander off on their own, but I guess stories of child sex trafficking would be out of place in this family-friendly adventure.

Jimmy’s mother and step-father have a conversation with Ms. Musso. The step-father, probably because there is something wrong with his semen, is pretty adamant about putting Jimmy in a home.

This happens, but Corey decides to break him out and go to California. Why the step-father would stop Jimmy from wandering off is a mystery as the two boys are able to depart the premises without having any contact with anyone over the age of ten.

As the boys travel across the state, they arrive at a bus stop. It’s also at this point in the movie that the creators realized they hadn’t included anything about video games yet.

Corey puts a quarter in a Double Dragon machine and lets Jimmy haphazardly slap at the buttons. Jimmy is able to score 50,000 points on the game in a matter of seconds. Impressive due to the fact that when Corey challenges the street-smart gal, Haley, to a competition at the same game, Jimmy is only able to score slightly above 30,000 points, though it’s assumed he played for much longer.

Haley joins the group and hatches the plan of taking Jimmy to the Video Armageddon tournament in Los Angeles. They make money along the way by hustling businessmen and no-good punk teenagers at video games along the way.

Parallel to the children’s exploits, Jimmy’s mother and step-father have hired the biggest asshole they could find to track Jimmy down and bring him back. Beau Bridges and Christian Slater are also in pursuit of the boys, but they spend more time trying to kill the bounty hunter and playing Super Mario Bros. 2 in sleazy motels than they do looking for the boys.

In the children’s travels, they come across future sex offender (in fiction and reality) Lucas Barton. He claims to own all 97 games for the NES, which seems low at this point in time for a system whose library would eventually tally over 600. Even if he does own every game for the system in 1989 that would mean a teenage kid willingly bought such classics as Donkey Kong Jr. Math and Lee Trevino’s Fighting Golf.

Along with his impressive library of Nintendo games, Lucas also owns the Power Glove, a controller so cumbersome the movie doesn’t bother to show the pain in the ass of setting up the damn contraption.

Instead, his cronies just take it out of a case better suited to transport uranium, and Lucas effortlessly uses the device to play a meaningless game of Rad Racer. After he’s done, he comments on how bad the Power Glove is and Haley is perceived to have an orgasm over it.

After Jimmy refuses to play Lucas, the bad boy comments that he’s going to the video game tournament, too, leaving the audience to wonder if our heroes will cross paths with him again.

Eventually, the trio makes it to Reno where Haley calls the Nintendo Hotline, spending the GDP of some small nations with the amount of time she spends on the phone with some hapless consultant. Meanwhile, Jimmy plays in the arcade and Corey macks on serving girls.

As a surprise to no one, all the storylines converge at the tournament in L.A. Jimmy is able to pass into the finals after playing a game of Ninja GUY-DUN!  In a plot twist that no one could see, some nerdy girl with crazy long pigtails makes it, as well as that Lucas guy. However, before the final round can be played, the kids have to escape the bounty hunter’s clutches once again, and the only way to do this involves that King Kong ride at Universal Studios because there’s money to be made, dammit!

The final game is revealed by the coked-out M.C. to be Super Mario Bros. 3.

This part was likely many viewers’ first exposure to the, inarguably, best game on the system. The final round does a damn fine job of selling the game, too, as it showcases Mario’s ability to fly with the leaf power-up, the warp whistles, and fucking Giant World.

Jimmy wins the tournament, naturally, but before we can get the happy ending worthy of a back alley massage parlor, there’s the matter of the dead sister to tend to. This is solved by Jimmy spotting the Cabazon Dinosaurs which he equates to California. They go inside the unlocked, unmanned attraction and leave Jimmy’s lunch box full of pics of his dead twin.

The reunited father and sons drive off into the sunset with Haley to presumably serve as the boys’ indentured concubine for the rest of her life.

From an objective perspective, the movie is terrible, but for any adult who grew up playing NES, it’s like going to some run-down dive in our hometown. We know it’s not good for us, but nostalgia dammit!

The movie is cheesier than the skin under my ballsack but, similar to craving McDonalds, it’s the only thing that will satisfy the urge for some brain-rotting nostalgia.

As a video game movie, it only has about two minutes of total game footage in the entire movie, and the people playing games use the over-exaggerated motions of smacking and moving controllers all over the place to show how “really into” the game they are. My biggest peeve with the movie, though, is Haley saying “Simon’s Quest” instead of Castlevania II. I know that Simon’s Quest is the secondary title, but no kid ever referred to it by that. 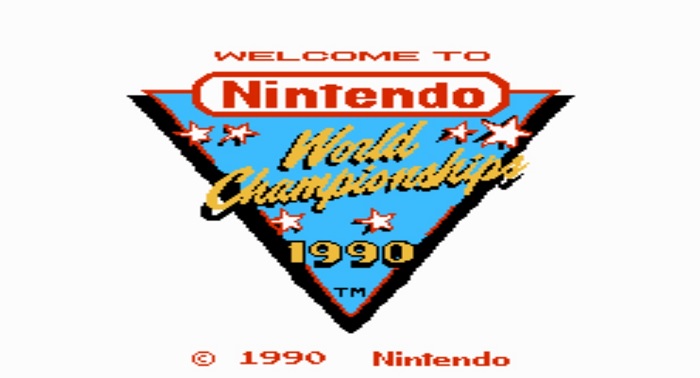 Based off of some nonsensical plot point in The Wizard, Nintendo decided to host a real-world video game tournament the following year, called the Nintendo World Championship (NWC). Instead of a cash prize of $50,000 like in the movie, though, there were three age brackets with each bracket’s winner receiving a $10,000 savings bond, a 1990 Geo Metro, and a TV. Fuck off with your timeless treasures of gold and jewels Swordquest!

Unlike the movie, though, the players all played on a custom cart that contained three games: Super Mario Bros., Rad Racer, and Tetris. The player only has a few minutes to try and score as many points as they can while also completing the objectives for each game in order to proceed to the next one. The player has to get 50 coins in Super Mario, then complete one lap in Rad Racer, before advancing to Tetris where they have the remaining time to score as many points as they can. It benefits the player to advance as quickly as they can as point values grow exponentially as the player progresses.

That pretty much sums up the game itself.

However, the game cartridges have become the most sought-after commodities of the video game universe.

The standard grey cartridges used in the tournament sell for over $10,000, and the golden cartridges given away via a Nintendo Power contest command over double that amount! Thankfully, emulators and repro cartridges exist, so players don’t have to be members of the 1% to relive this competition.

At my best, I’m able to score over 150,000 points, but that’s paltry compared to Thor Aackerlund, the winner of the overall competition, who scored over a million points. Even after a lifetime of wasting my life, it still isn’t enough compared to some 90s teenager.

Although the NWC cartridge contains two of the best games on the system, there’s only just over six minutes of play time allowed. The reproduction cartridges have switches that allow players to play longer, but the time limit only makes this game fun to play against friends to see who can score the highest. Since I was never much of a Rad Racer fan, this part of the game annoys me as it’s my biggest hurdle to getting a better score.

Declaring The Wizard the winner of this competition is fairly easy, as the games that make up the NWC cartridge are much more enjoyable in their separate formats. It’s also more enjoyable if a group of retro-loving friends are over to sit down and watch this movie, taking part in a Rocky Horror Picture Show-like call-out of the most infamous lines. Save thousands of dollars and pick up The Wizard in a bargain bin somewhere. 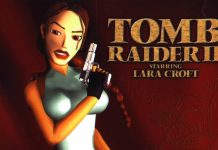 The Lara Croft Problem: A Goblintorial

THE GAME AWARDS Results And Debuts