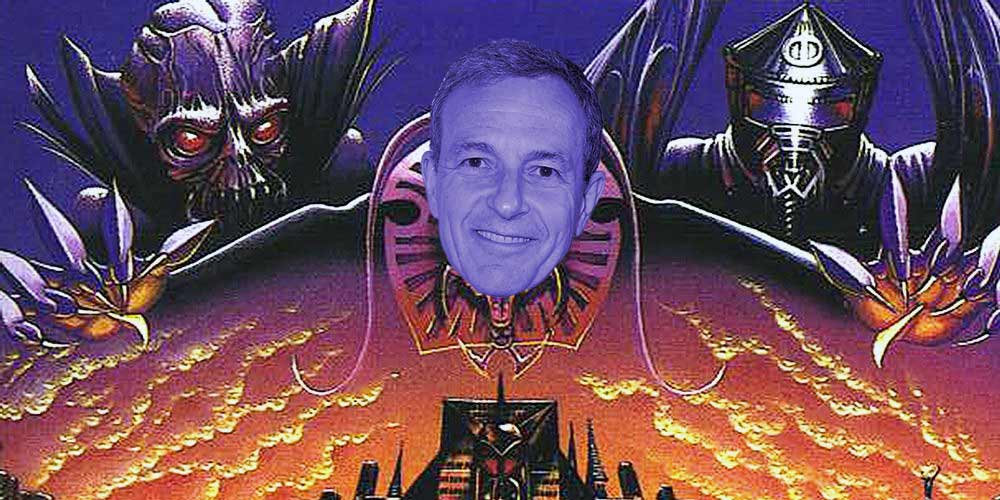 Disney Continues To Blame You

In a shekel-counting conference call with his masters, Disney CEO Bob Iger continued to blame you — the people — for the failure of Kathleen Kennedy’s Star Wars by Disney at the box office.

Iger believes that it’s simply a matter of audience fatigue with Star Wars sequels and spinoffs — a total of five in four years — and not the result of an incoherent vision, sloppy execution and a palpable hatred for the existing ethos of the franchise.

Meanwhile, right down the hall, Marvel is about to release its 24th movie in 12 years.

According to Iger’s logic, the right timing between Disney-produced blockbusters would mean two Marvel movies every four years.

So, 2020 Marvel audiences would now be eagerly awaiting the release of Iron Man 3.

Too bad, lifelong Star Wars fan, you get a small.

In response to your apparent lack of interest, Iger has exiled Star Wars to the Disney+ streaming service, as the franchise will:

“…take a bit of a hiatus in terms of theatrical releases. The priority in the next few years is television.”

Well, Act Two there seems to be off to a smashing start, doesn’t it, govern’r?

Not only is the Obi-Wan Kenobi series delayed indefinitely while the scripts that Kathleen Kennedy called “amazing” six months ago are re-worked to her — or someone’s — satisfaction, but the alleged Cassian Andor project was also shutdown and put back in the writer’s room.

Do Mandalorians Have Nipples?

Even more laughable is that Disney is exploring:

“The possibility of infusing [The Mandalorian] with more characters and taking those characters in their own direction in terms of series.”

More characters? Who is left?

No, seriously: ask yourself who is left in your memories to be strip-mined for Disney’s banal and pointless fanservice platform?

I can’t come up with any characters from the OT that are alive or move the needle enough… wait… no… no… stay away from him, you bastards!