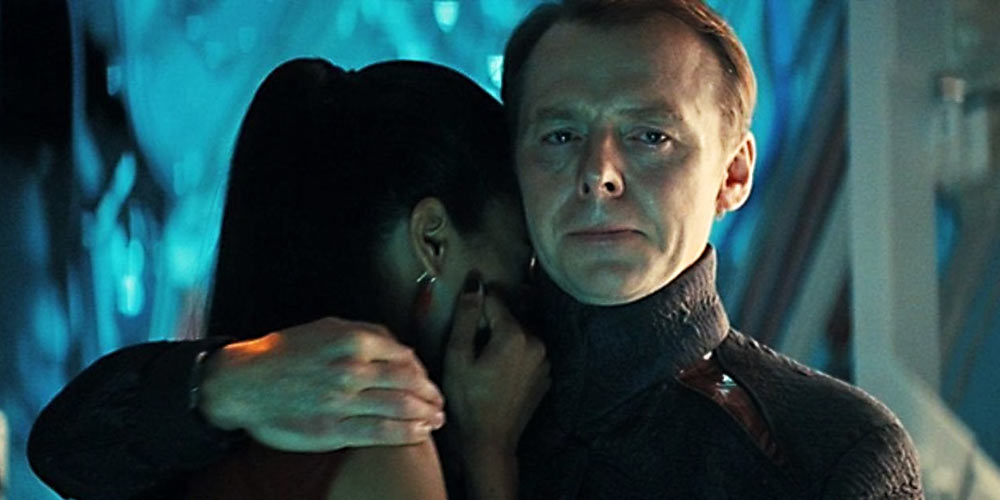 The man who might be most responsible for screwing up what modern audiences think about Star Trek films even more than J.J. Abrams, Simon Pegg, keeps getting asked for his opinion about the future direction of the Star Trek franchise.

This is the end result when the entire shill media is owned by the studios and their surrogates on social media, and you can’t get a straight answer about a franchise that defined how people think about space travel in the 20th century.

From the trades, asking Pegg about the direction of the Star Trek franchise:

“The fact is, Star Trek movies don’t make Marvel money. They make maybe $500m at the most, and to make one now, on the scale they’ve set themselves, is $200m. You have to make three times that to make a profit.”

The one thing that stands out here is the fact that Pegg tripped and fell on the truth of modern film making economics at the “blockbuster” level: Studios now have to spend $200m in order to make a guaranteed $1 billion and the only house that can afford to do that these days on the regular is the Mouse House.

One Other Thing You May Want to Consider

Other than the economics of modern, blockbuster filmmaking being warped irrevocably by Disney, Pegg stumbled inadvertently across one other reason Paramount can’t get the Star Trek franchise up off the ground again.

From the trades interview with Pegg, yet again:

“I don’t feel like the last one… They didn’t really take advantage of the 50th anniversary. The regimen at the time dropped the ball on the promo of the film. And we’ve lost momentum. I think losing Anton [Yelchin] was a huge blow to our little family, and our enthusiasm to do another one might have been affected by that. So I don’t know.”

So, let’s count the reasons this won’t be happening soon:

No more Star Trek on the big screen is the overall conclusion.

If Pegg is to be believed, and we have no reason to believe that a guy who was an independent filmmaker at one time before he sold out for Mission Impossible and Star Trek money would lie, we won’t be seeing a Star Trek movie in the near future.

Maybe if, or when, Elon Musk gets his Falcon 9 rocket with people on it to Mars, we’ll actually have enough public appetite to revisit a cinematic vision of a better future world in space.

And maybe the last honest man connected with this franchise will come with us for a ride.