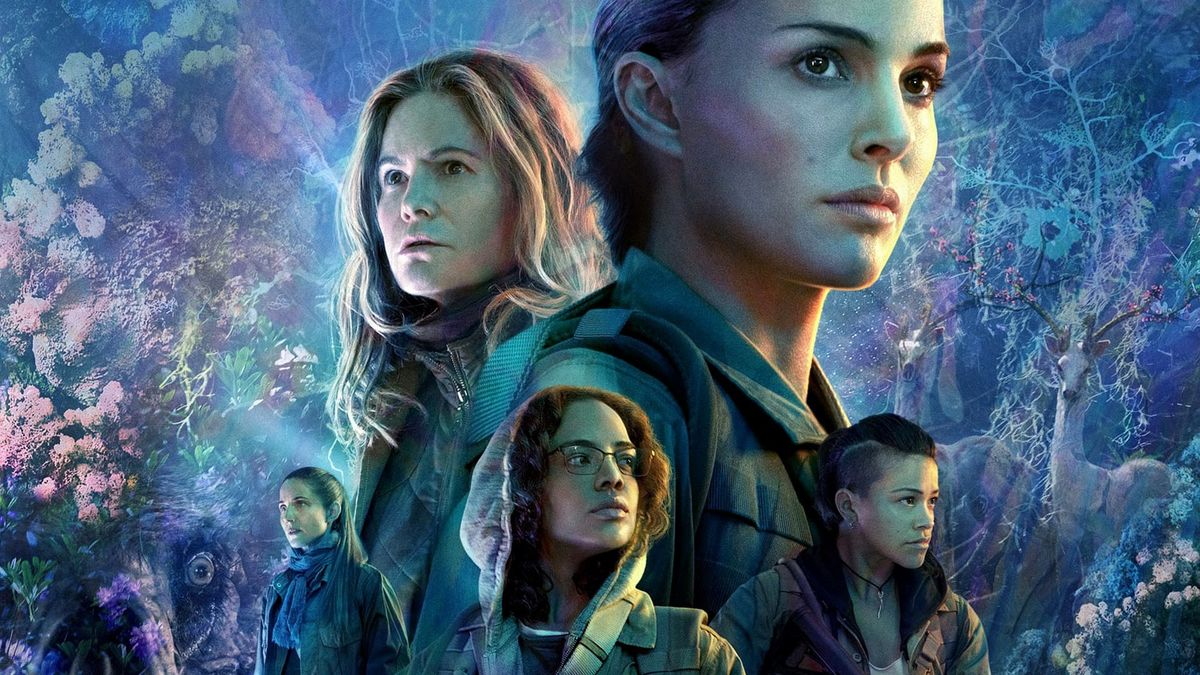 Natalie Portman leads an all female cast, including Oscar Isaac, in Annihilation, a sci-fi movie that seeks to fill us with wonder but fills us with something else instead.

I waited a long time to see this movie. I missed it in theaters and now that it’s on Amazon Prime, I got my chance.

I heard some critics hail it as a smart, well-made movie that women could rally behind if they’re truly upset due to a lack of representation in cinema.

I also heard it was something of a cool sci-fi gore fest with Cronenberg-esque scenes. Hell yeah!

What a crock of shit.

Attack Of The Cloned

Annihilation presents the story of an alien turd that plummets to Earth, bringing with it an intelligence that promptly begins setting up a giant shimmering bubble, within which all plant and animal DNA is shattered into its base elements and recombined/copied in new and disgusting ways.

Sounds like a great idea, right? Cool new creatures and plants which could behave in any number of wild ways!

This is the only aspect in which Annihilation succeeds. Everything else in this movie is a failure.

Watch these cool little scenes. Don’t worry about context, you don’t need any and the movie offers almost none anyway.

Everything else in this movie plays like something George Lucas would’ve directed during his prequel mania.

From the subdued performances to the boring digitally-enhanced look of every scene, to the unfinished feel of the script, this entire thing smells like Lucas saving money on the production budget.

Each actor looks like they want to be anywhere else, while they deliver dialogue that adds up to rote plot movement, in the midst of sets which look lunch break creations of an ILM intern.

Of particular curious note are Jennifer Jason Leigh and Oscar Isaac. Each one saps any momentum the movie has and I was left wondering what the hell the director was thinking.

The HTR Strikes Back

Fuck this stupid movie. What a let down.