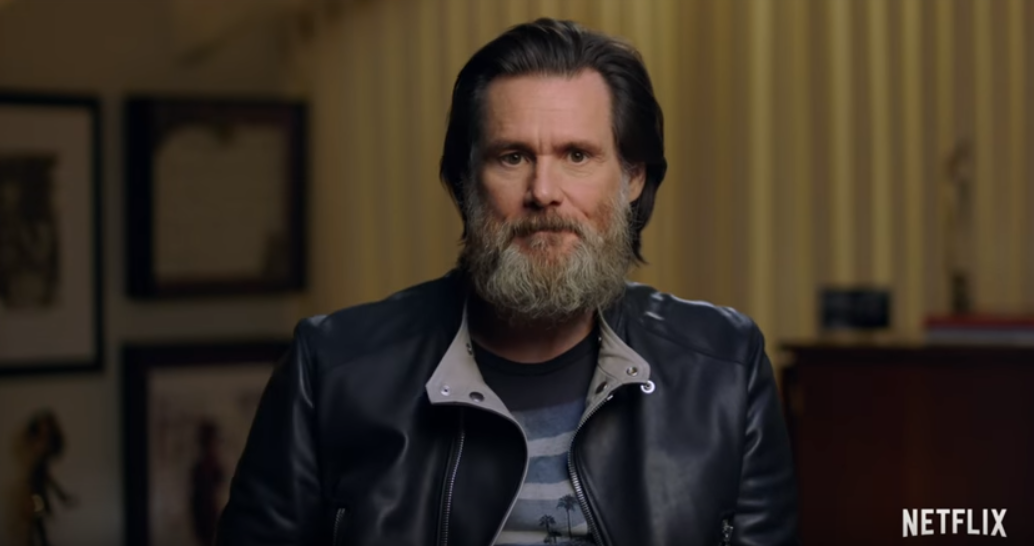 Milos Forman is a great director with range, (One Flew Over The Cuckoo’s Nest, Amadeus) but his Man in the Moon is barely more than a competent biopic that paints mostly by-the-numbers. Jim Carrey’s performance, however, can’t really be faulted. He’s great as Andy Kaufman and he blurs the lines between himself, the stage persona of Kaufman, and the sleazy lounge act of Tony Clifton. Rumors were circulating about the extremes to which Carrey took his “method” acting. This new Netflix documentary Jim & Andy: The Great Beyond now gives us a peek behind the production of Man in the Moon.

The truth is now pretty damn clear: he took it way, way too far.

But of course, the excess works in this case because Kaufman’s legacy is built on messing with people’s notions of where the stage and the performance end and begin. In the scorched wasteland of social media we currently live in (scarfing down dog-food from the can and gawking at studded leather butt-cheeks ad nauseam) people regularly present some carefully curated version of themselves to the world. We are left to surmise, often incorrectly, the extent to which this represents their true reality and selves. Who knew Andy was teaching us useful future life skills whilst simultaneously wrestling white trash women?

We see set footage of Andy’s Taxi co-stars. Danny DeVito is particularly fun to watch, smirking and chuckling as Jim goes off the deep end. While some moments feel real, others come off as planned Kaufman-esque contrivances. Jim’s squabble with Jerry Lawler, for instance, was a little too on-the-nose. His friction with Forman is likewise hard to swallow. Jim must only be spoken to in character as Andy, even off-set at dinner. He wears a bag on his head whenever his Clifton makeup is incomplete.

Things turn serious when Carrey meets with Kaufman’s family, again in character, particularly his daughter who never met the real Andy. They are obviously still grieving the loss and it’s not immediately clear just how healthy all of this is, but it is definitely a spectacle. Is it safe to assume Andy would have been okay with it all?

Carrey appears here, in the only modern-day interview footage in the film, having started a stiff regimen of Ted Kaczynski pills some time ago. He still can still turn on the charm that once made him a big movie star but there is something dark in him that is ever-present. It reads (at worst) as depression and despair and is (at best) a preoccupation with self. This film, and Carrey’s own words, suggest that a genie was released that changed him and could never quite be re-corked. Carrey, through his deep dive as Kaufman and Clifton, was forced to examine his own sense of self and confront the truth that he saw there: that our identities are as manufactured and false as those created by comedians like Jim and Andy. It’s all just a costume that we slip on and wear into our graves.

As onlookers, as much as we would like to view this crack-up through the lens of existentialism the way Carrey does, we unfortunately find ourselves confronted with an alternate possibility: the guy simply lost his mind.

However, there is always the third option. Maybe this is all part of the plan? Perhaps this has been a long con, a ruse, and Jim Carrey has done Kaufman so well that he has convinced us all of his own fake personal epiphany. Maybe Jim Carrey didn’t really lose his marbles and walk away from his career. Maybe Jim, like Andy, is just waiting for the exact right moment to pop out and take his bow. 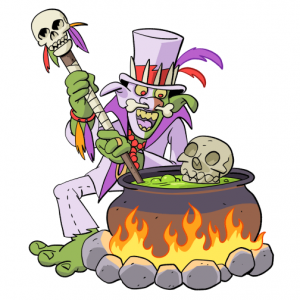