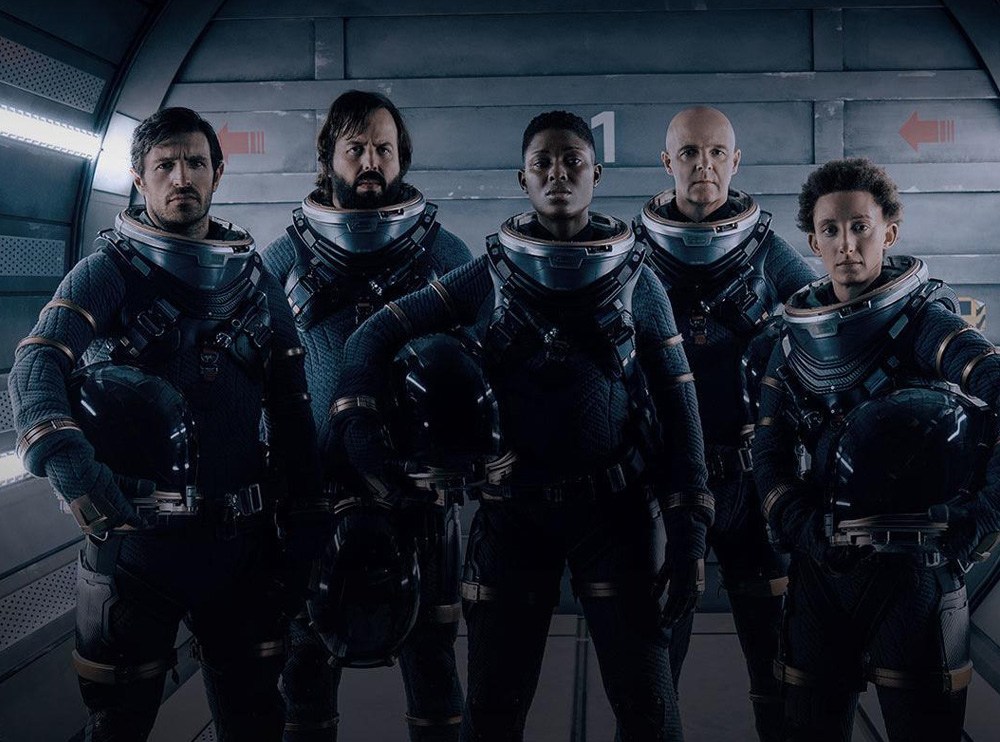 Imagine a parody ripoff of Silence of the Lambs, Alien, Sunshine, Scanners, The Shining, 2001 and Event Horizon, directed by yet another millennial, hipster douchebag, complete with thick, black, horn-rimmed Oliver Peeples reading glasses. A man utterly devoid of any creative talent or flair of his own that grew up with those excellent superior films and only knows how to plagiarise them like J.J. Abrams ripping off Star Wars scene for scene.

Perhaps the largest sack of steaming shit I’ve seen in some time and that’s saying a lot with the quality of films these days.

They even rolled out George R.R. Martin between his meth binges as a prop, which seems to be his current role with his own Game of Thrones franchise.

In reality, he had nothing to do with this production other than being the writer for this/his lesser short story compilations from the ’80s and likely cashing a huge check to find his further descent into debauchery.

The cast, aside from the young Hannibal Lechter rip-off and the hot black chick, are bland as fuck.

There is zero empathy nor even two shits to be given toward any of their plights. In fact in the first two episodes as of writing this article, I literally find myself cheering for everyone to die horribly. Mind you I don’t think that’s the intention of the soy sucking creators.

Oh and the big twist, which supposed to be some sort of brilliant Millennial, Adderall-induced sleight of hand, is an exact ripoff of the plot and villain from 2001.

Subtlety is not this generation’s suit.

Of course, the premise of the mission is that ugly, terrible humanity has killed the world and “Earth only has years to live!!!!!!”

Fucking selfish, evil steak eaters and their destruction of the ozone through excessive cow shit methane. Kill them all!!!

Cull the population before it’s all too late! Bless Marget Sanger.

Anyway, I was fortunate enough to catch the second half of the Prestige on my 82” energy sucking Samsung tonight. What a brilliant film!

Helped me wash the shit taste of this festering pile of poo from my mouth.