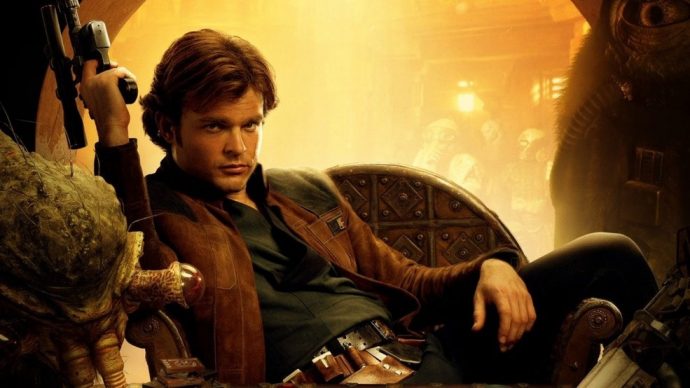 Does Anyone Know What They’re Doing?

First let me preface this by saying I haven’t hated ANY Star Wars film. Except for that piece of crap The Force Awakens. My goodness me that movie sucks.

Of course, I blame JJ. I’ve seen enough of his films to recognise the shortcutting and leaps in logic that plague his visual style.

But it was always a mystery to me why Lawrence Kasden, the man behind the solid structure of both The Empire Strikes Back and The Raiders Of The Lost Ark, would allow such a sloppy script to have his name on it.

I think I have an answer to this now.

Lawrence Kasden is here again with another Star Wars screenplay. Not only is it stunning to me that Solo: A Star Wars Story has the same leaps in logic that bugged me about The Force Awakens, but as I recall Kasden was the one who got into Kennedy’s ear and cried that Miller and Lorde weren’t “following the script”!

Were they really deviating from your precious script that much? Which part, I wonder?

It blows my mind that Mr. Raiders Empire himself would take any offence to filmmakers not following his script when he himself doesn’t even appear to give a shit about the script himself.

Be warned, there may be some mild spoilers from here as I make my point.

It All Starts Off So Well

Firstly, let me just say that Solo has a lot of great stuff in it. It’s got the Star Wars feel, albeit somewhat SW-lite. And it’s got some great drama in the first ten or twenty minutes.

The set up is wonderful.

Han and Chewie’s meeting is modeled from the Star Wars: Extended Universe and that’s just super! It’s got an exciting train heist which reminded me a lot of an episode of Firefly.
But things don’t quite go as planned and that wouldn’t be such an issue to me if it didn’t also mean that the story itself would also begin to fall apart as a result.

And Then The Story Happens

This is where it bugs me. And it bugs me a LOT. Convenience. Nothing in all that excitement means anything anymore because convenience is here to keep the plot rolling. And then if that wasn’t bad enough, oh look, MORE convenience!

So instead of Solo going on an almost promised adventure to complete the mission that was SET UP in the prologue — nope, fuck all that — we’ve got to get to the Spice Mines of Kessel.

Forget any ideas you may have had of Han rescuing an old girlfriend from Corellia, which is a shithole BTW. Nope, we don’t need to do that because… FUCKIT, here she is right now!

And oh look, now she’s on the team. I mean… FFS, Lawrence.

If you pitched me that I’d have kicked you in the balls screaming, “What the hell am I paying you for, old man? Here’s a copy of Empire and Raiders. Go home and study them, you big phony!”

So What Are We Left With?

An SJW (social justice warrior) Droid fighting for equal rights against “organic oppressors?”. It’d be funny if the people making this were in on the joke. But there was a dead-serious tone which had awkward laughs coming from the audience.

Lando is just a smug asshole who reminded me more of Benny from The Mummy instead of the Smooth Muffdiver we all love and remember from our youth.

I can’t help but feel a little let down with the Kessel Run.

As I remember it the Kessel Run was a trajectory blocked by a supernova which the Falcon could skim closer too by being the fastest ship in the galaxy. Not now.

Now its just a big cloud of shit that Han fumbles his way through. It doesn’t really matter. Spatial perspective is for losers.

The film then concludes with some of the worst double-crossing, triple-crossing and quadruple-crossing I’ve seen since Indiana Jones And The Kingdom Of The Crystal Skull.

To top it off there is a “phantom menace” in the background pulling the strings.

This movie will be torn to shreds by the fans. Might as well get the ball rolling.