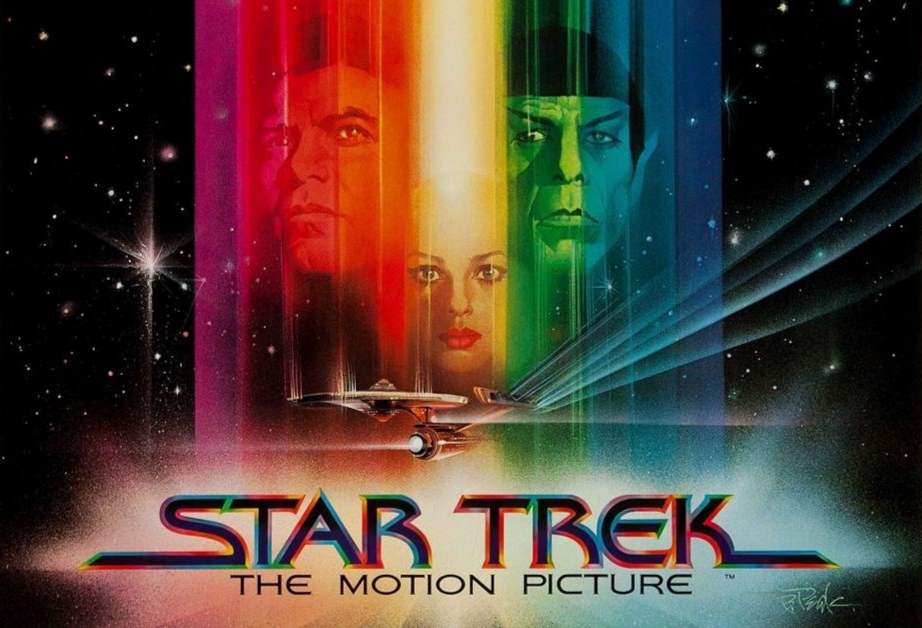 Would you like to see a science fiction movie more poignant and more enjoyable than 2001: A Space Odyssey? Then Star Trek The Motion Picture is the one you’re looking for, and it’s streaming now on Amazon Prime.

Yeah, I said that. Tell me why I’m wrong in the comments below and we’ll talk. I’m not going to compare the two in this text.

This viewing completely changed my perspective on this movie. As you’ll soon learn in this series of reviews, other Trek movies are my favorites, but I can now count The Motion Picture (TMP) as one that I enjoy immensely.

I suppose it would be best to clear my mind of the aspects of the movie that strike me as odd or that I dislike.

In my after-viewing research, I’ve learned that director Robert Wise (The Andromeda Strain, The Sand Pebbles, The Sound of Music) saw the theatrical release of TMP as a rough cut of the movie he envisioned. Plagued from its inception by delays and rewrites, it’s truly a wonder that TMP was ever produced and released at all.

Editing is an issue early in the movie, as is the pacing and consequently the performances.

Scenes begin abruptly and fade out, leading to the next scene which begins as abruptly. There is little flow or connectivity. The actors by extension seem like they are lost and merely reciting dialogue.

At approximately 36:35 there is a very strange shot of an engineering officer jumping through a closing hatch. Do any of you readers know what that was supposed to be?

I also learned that the visual effects were a major issue, which became chaos, and arrived at the last hour in an unedited form, the day saved by mastermind Douglas Trumbull.

The models of the various spacecraft are simply beautiful, and are lit and shot with a great deal of love. Unfortunately that means many effects shots are ponderous, the movement of the spacecraft making the Titanic look like a speedboat.

A consequence of this is one conspicuous sequence in which it takes four-and-a-half minutes of screen time for Kirk and Scotty to float onto the Enterprise in a shuttle craft.

The Less I Have The More I Gain

As I said, the actors seem a bit lost as the movie opens.

None more so than Captain Kirk.

He is in command of a ship he doesn’t fully understand, with a crew he barely knows. It’s difficult to watch this man of action be stymied at each turn. Yet at his lowest, he is about to receive all he needs.

Just when it seems like this movie might be lost in space, a much needed grounding comes in the form of Dr. McCoy, recently drafted back into Starfleet.

DeForest Kelley gives the entire tone of the movie a much-needed kick in the ass. I must confess that I’m not very knowledgeable of the original series, so watching the Kirk/Bones dynamic here is tremendously entertaining and much like watching two brothers argue.

A second shift in tone comes as Spock is welcomed aboard. More brooding and technical than Bones, Spock brings a chill and singular purposeful pursuit with him. Leonard Nimoy is perfect, as always.

By Myself But Not Alone

Each actor brings such strength and charisma that they can each sway the tone of a scene without taking anything away from their cast mates.

This is one aspect of all Star Trek movies and shows that I’ve always enjoyed, and in my mind it’s because these characters are indelible cultural icons.

I’m surely stating the obvious but Star Trek movies are at their most enjoyable when the whole crew is together and playing off each other.

A fact which becomes heartbreakingly clear in the sequel.

Only Knowledge Will I Save

The antagonist of TMP is at first perceived as a massive energy cloud, which is later revealed to be masking a hidden intelligence called V’GER (VEE-JUR) which has been traversing the universe for centuries, acquiring knowledge and seeking to fulfill a mysterious mission.

If you haven’t seen this movie then I won’t spoil the surprise; I’ll only say that V’GER is a touching metaphor for humanity. It even assumes human form in an effort to better communicate with the crew of the Enterprise.

Call Me What You Will

The V’GER entity’s need to join with its creator captures much of the loneliness of our own existence.

“It knows only that it needs.”

Why are we here? We were born and set out to explore… but why? What is our ultimate purpose and goal? Will we find fulfillment at the end of our journey? Why can’t we know NOW?

We fill our lives with attachments that will ultimately fade. What then will we find to complete ourselves?

I believe that our lives are summed up in V’GER’S final demand:

“The Creator must join with V’GER.”

Does it simply end in ashes to ashes and dust to dust?

My title and drive of this review is that TMP is better than most other sci-fi movies.

However, as a lifelong Star Wars fan, I should point out that I consider Star Trek and Star Wars to be apples and bowling balls in comparison. One saga is fantasy and truly is about the war between good and evil, while the other is more technical and yet mystical about exploring the vast space around us and inside our own hearts.

Star Trek The Motion Picture is slow out of the gate yet develops quite suddenly into something beautiful and brilliant. I don’t know very much about Star Trek but I’ve always found that to be the case with its better content.

Last but certainly not least, the musical score by the eternal genius Jerry Goldsmith (Star Trek saga, Alien, Rudy, The Edge)  is absolutely perfect from the overture to the last note of the closing credits. God bless your memory, Mr. Goldsmith.