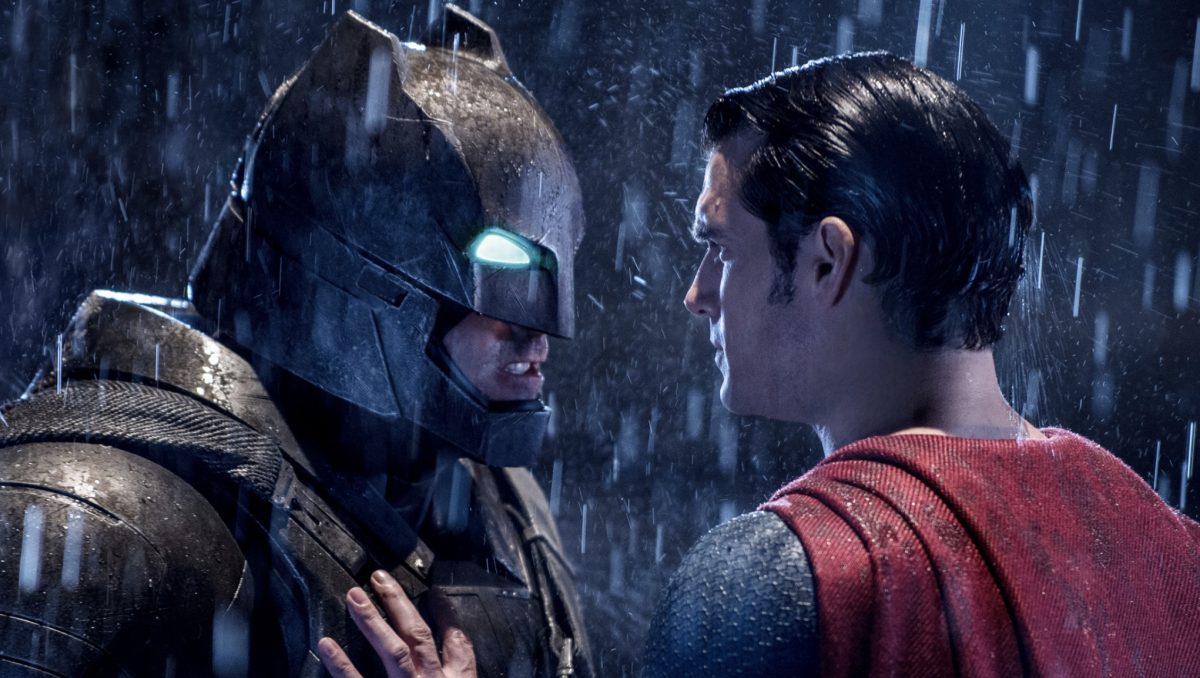 Though most of the world seems to agree that Batman V Superman is a cinematic abortion of the highest level, is it really as bad as everyone says?

Is it possible that one of the most reviled films in geekdom is not worthy of being the punching bag that everyone has turned it into?

Let me start out by saying that I’m a huge DC fan.

Though I like Marvel, my favorite characters exist in the DC universe, specifically Batman. I’ve been reading and watching anything with him for as long as I have lived. Although I’m married with a child, I still find myself drawn to the character after all these years.

That being said and admitting my bias, looking back I do not think that Batman V Superman is as bad as we have made it out to be. I did not see the movie opening weekend, so it was out a week before I finally purchased my ticket.

By that time I heard so many bad things about it I was just waiting for the worst experience of my life, even worse than when my wife made me go see Mr. Deeds.

But it didn’t happen.

Every time they went to the next scene I started thinking “Is this when it finally starts turning into shit?”

Eventually, the movie did start to fall apart but that was not until quite a bit into it.

If You Look Hard Enough…

I feel the opening scene brings you into the story pretty nicely.

Seeing Bruce Wayne plow his way into ground zero while the rest of the population tries to make its way out of Dodge is one of the best opening sequences in the entire superhero genre and really establishes the character.

The scene towards the end when Batman saves Martha Kent is probably the Batman fight scene that everyone has been waiting to see on screen. When you watch it, it just feels… good. You just wanted more of it.

It’s called Batman V Superman for a reason and I think once they finally get to the big fight it’s very well put together. The big debate for comic book fans is always can Batman really beat Superman and I think that the film shows how he can do it in a believable way.

That’s What She Said

The only problem with the fight is the infamous “Martha” ending. I think people are missing the point of it. They mock the Martha meme, but the reason it stops Batman from delivering the final blow is because it makes him see that even though Superman is an alien, he’s just like Bruce and has a family and people that he cares about and maybe is not the threat he has made him out to be. He is seeing humanity emerge from the man he has built up in his mind to be the ultimate enemy.

One Keep Is Never Enough

The main cast is pretty well put together. I always liked Cavil as Superman and Affleck is a lot better than he should be as Batman. I really like how they finally made the character feel like an 800-pound gorilla. Gadot was a surprise to me. She felt too petit to me to play Wonder Woman at first, but fit into the role nicely and was able to hold her own.

Jesse Eisenberg though, whatever people have to say about him, I have a hard time defending as Lex Luthor. Making him a young millennial it just did not work.

I was hoping for a post-credit scene where Brian Cranston shows up to take back control of the company and take over as the villain going forward, but it never happened.

And Jeremy Irons as Alfred never really seemed to fit.

But I guess he needed another castle.

A lot is always said about how Batman and Superman are not depicted properly in the film and deviate too much from what they are like in the comic book.

This doesn’t really bother me.

I feel as though filmmakers have a right to change things that they are adapting to fit their vision. Films are not part of comic book canon and though they pick up on their history, they are not bound to follow it perfectly.

People have complained that Batman kills in the movie, but never in the comic book, which is true only if you ignore all the times he HAS killed people in the comics.

When the character first debuted he killed his enemies. And in “Final Crisis” a few years ago he killed Darkseid with a gun. So much for never killing anyone.

Even though it’s pretty much agreed upon that the Frank Miller’s Dark Knight Returns is the definitive version of the character, if you ask the people who wrote for Batman before Miller, they will tell you that Miller destroyed the character.

But the film is flawed.

Everything holds up pretty well for me until around the time that Wonder Woman starts snooping around and finds Luthor’s files on meta-humans. The movie just feels like it stops to set up Justice League. For about 20 minutes after that scene, it completely loses me and I’m unable to fully plugged back in again.

The movie also has some pretty big logic gaps. For example, after their big fight, why is Batman going to save Superman’s mother instead of Superman himself? How is it that two major cities like Gotham and Metropolis are just across the lake from each other?

I sure as hell don’t know.

And the final fight? Just too much CGI, of course.

So maybe the film isn’t as bad as everyone makes it out to be.

As I said, it has its flaws, but all in all, I would say that it’s more of just a big “meh” than an arch desecration of the cinematic form.