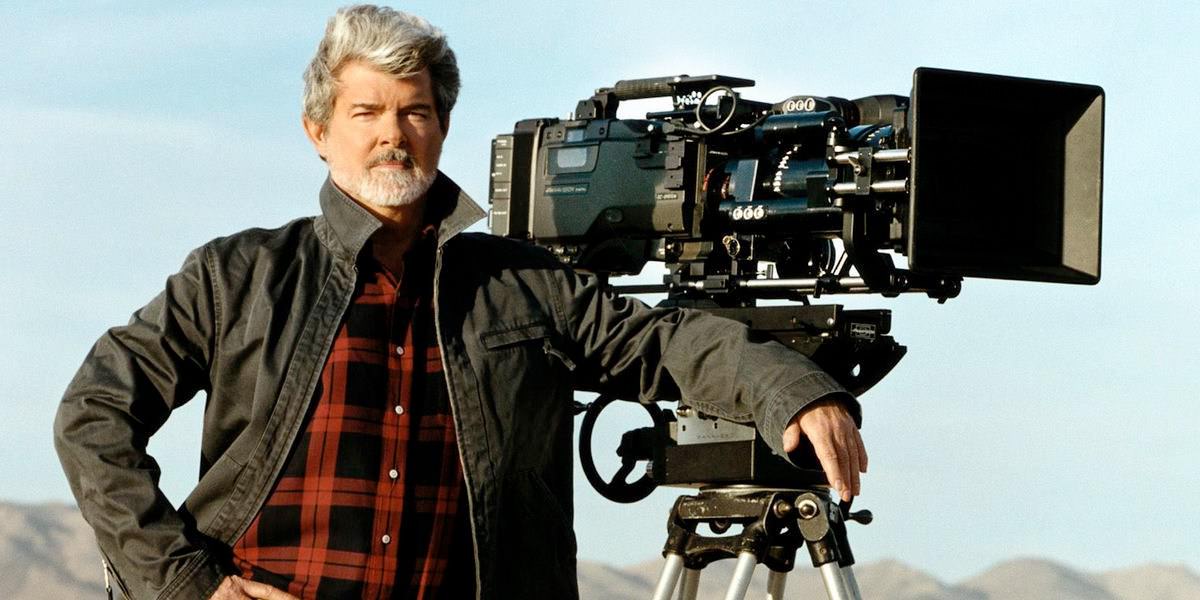 Welcome to 3 Ring Cinema, where we will take a look at the work of a director, an actor or actress and then choose their top three works.

The first director we’re going to talk about is none other than Star Wars creator George Lucas.

This may seem like an odd choice given Lucas is not exactly a prolific director —most of his movie work has been as either writer or producer— but what films he has directed are both well-known and interesting in their own right.

Lucas was born in Modesto California in 1944 (hard to believe he’ll be 75 soon) and is a University of Southern California graduate. And it was during his university years that he became friends with fellow film student Steven Spielberg, amongst other people who would later work behind the cameras on many successful films.

After graduating Lucas would find the studio system oppressive and as a result, founded American Zoetrope with friend Francis Ford Coppola and later, he would start his emblematic company, Lucasfilms, as part of his efforts to remain an independent filmmaker.

I would argue that it was thanks to Lucas’ efforts to remain outside the studio system that he was able to create Star Wars, get Indiana Jones off the ground (with help from best friend Steven Spielberg, of course) and convince studios to make Labyrinth and Willow.

This also allowed him to make the prequels without having any sort of counterweight that would reign in many of his more… err… odd, creative choices, so I guess we can say it both helped and hurt his work in mostly equal amounts.

Now, before we get to the top three I should mention that at least on Lucas’ case, the fact he has directed so few movies made it difficult to choose only three; it would have been easier to select his top three scripts or productions since that’s where most of his work is.

Revenge Of The Sith is not only the best of the prequels, but it’s also an entertaining film in its own right, even with the poor dialogue and wooden acting that has come to be associated with the prequels (and with good reason).

But where the film truly shines, however, is on the visuals, music and scene composition of the film.

There are many examples of Lucas’ skills when it comes to building scenes to achieve a given purpose, take for example the opening scene with the Battle of Coruscant which is downright impressive and exciting; or Padme’s ruminations and how it conveys fear and despair.

Other good scenes are the dramatic moment between Palpatine and Anakin at the Opera and the final battle between Anakin and Obi-Wan, which is truly thrilling and emotional.

The movie as a whole is a great example of good cinematography and attention to detail, the continuity in every scene is simply perfect; the use of illumination on key scenes between the characters and the (mostly) solid directing work shows that Lucas could still have people convey emotion on-screen when he wanted to.

Something else that puts Revenge Of The Sith above other movies made by Lucas is that this movie shows George listened to the backlash; the movie corrects (or tries to correct) all the criticisms gathered by The Phantom Menace and Attack Of The Clones, and I’d say it succeeds more often than it fails; it is evident Lucas understood his mistakes and wanted to offer a good movie based on how people responded to his previous work.

In short, George was humbled and put as much effort as he could on the final chapter of the Prequel Trilogy when he could have simply ignore it all and go through the motions while filming it, you have to give him a little respect for it.

Besides, I can bet you won’t see Disney do that anytime soon with their current Star Wars films.

Let us now go to the second spot on this list, which you’ll find is none other than…

Of course, this place belongs to A New Hope; it is a very well-crafted film all around, so well made it manages to hide the resulting shortcomings of its troubled production.

But what really makes the original Star Wars so good in my opinion is how well balanced the characters are, to the point the movie would not work without any of them being involved in the plot somehow.

It’s this balance that carries not only Episode IV, but the full Original Trilogy as well; Han Solo is essential to the plot and his witty, sarcastic personality makes him a perfect counterpoint to Luke’s idealistic optimism, while Leia’s realistic but determined Princess is a good complement for both of them. Even C-3PO and R2-D2 are needed as the onscreen narrators of the whole film and the first characters the viewer is supposed to identify with.

The fact that George Lucas managed to balance the cast so well speaks a lot of his efforts in making this movie, and it shows.

Another aspect of this film that is remarkable is how well it world-builds; from the iconic scene where Obi-Wan talks about the days before the Empire to the mentions of the Force as being an old religion during the meeting where Empire officers irritate Vader to the point he Force-chokes one of them.

It’s thanks to these details that the movie gives you a feel that there is a richer, grander world out there for the characters to explore, and not just that, Lucas manages to endear the characters to the viewer so well that by the end of A New Hope, it is impossible not to care about Luke, Han and Leia, and feel the desire of seeing them again, having new adventures and defeating the evil Empire.

I could say the third act in A New Hope is a tad slow; I must admit it felt that way to me as a kid, but after rewatching it as an adult I discovered the Death Star battle is really well made, and I now believe the way it builds tension is way more effective as an adult than it was as a child, as it does give you the feeling that the characters are in real danger, a feat that is not easily achieved in most other films.

It is easy to see that Lucas put a lot of heart in this film and that he directed it with true desire to see it succeed, to the point this one proves that, at the time, his skills for visual narrative were still at their best.

And now, for the very best movie George Lucas has ever directed…

Surprised? I bet many expected that since the original Star Wars was not given the top spot that it would belong to THX 1138 instead. Well, no. As interesting as THX 1138 is, it isn’t, in my opinion, the best movie Lucas has made. I think that honor belongs to American Graffiti, and I believe with good reason.

Made on a challenge (Coppola apparently bet Lucas he couldn’t do a movie mainstream audiences would like), 1973’s American Graffiti gives us George Lucas at his rawest.

While Lucas was not as refined here with the way he frames scenes or uses them to convey emotions —even if the final scenes in the movie do this quite well— it is in the way he presents his characters and has them go through the plot where his work really shines, since all of them are relatable on some level and come out as actual people with good qualities as well as flaws, none of them being perfect or completely imperfect.

The setting is also worth mentioning.

The movie was filmed entirely on location in Petaluma, and Lucas makes the most of it, turning the small town in an important aspect of the film, as the authenticity of it helps make the characters’ struggles with the choices they must make that night far more realistic if than if they had gone with a bigger, more urban location.

A somewhat autobiographic film (Lucas has mentioned most of the characters represent stages of his younger days), the movie perfectly deals with the coming of age a pair of friends goes through during their last night before they decide if they wish to go to college or stay and live in their small town.

it does this really well, giving the adequate gravitas to the choices each of the main characters takes by the film’s end, something I feel makes this film oddly satisfying from start to finish, as there are no real loose ends here.

American Graffiti is actually quite significant as far as pop culture goes, as it is cited as a direct influence to the creation of legendary TV series Happy Days, and amongst the visual influences for Fight Club.

But the most interesting one, in my opinion, is that without this film, 80’s teen comedies would have been very different; most of the elements later seen in teen-coms during the decade started here: from the character tropes to the coming of age setting to even the unattainable girl, all arguably started in this movie, shaping a lot of what comedy aimed at young audiences would be for a full decade.

It is worth mentioning American Graffiti got a sequel that bombed.

The sequel was titled More American Graffiti, and it showed what the characters from the first film were doing years later. Lucas was not involved and the movie was a flop that killed the brand.

And that’s it for George Lucas’ top three films. Do you agree with this selection? Let us know in the comments!