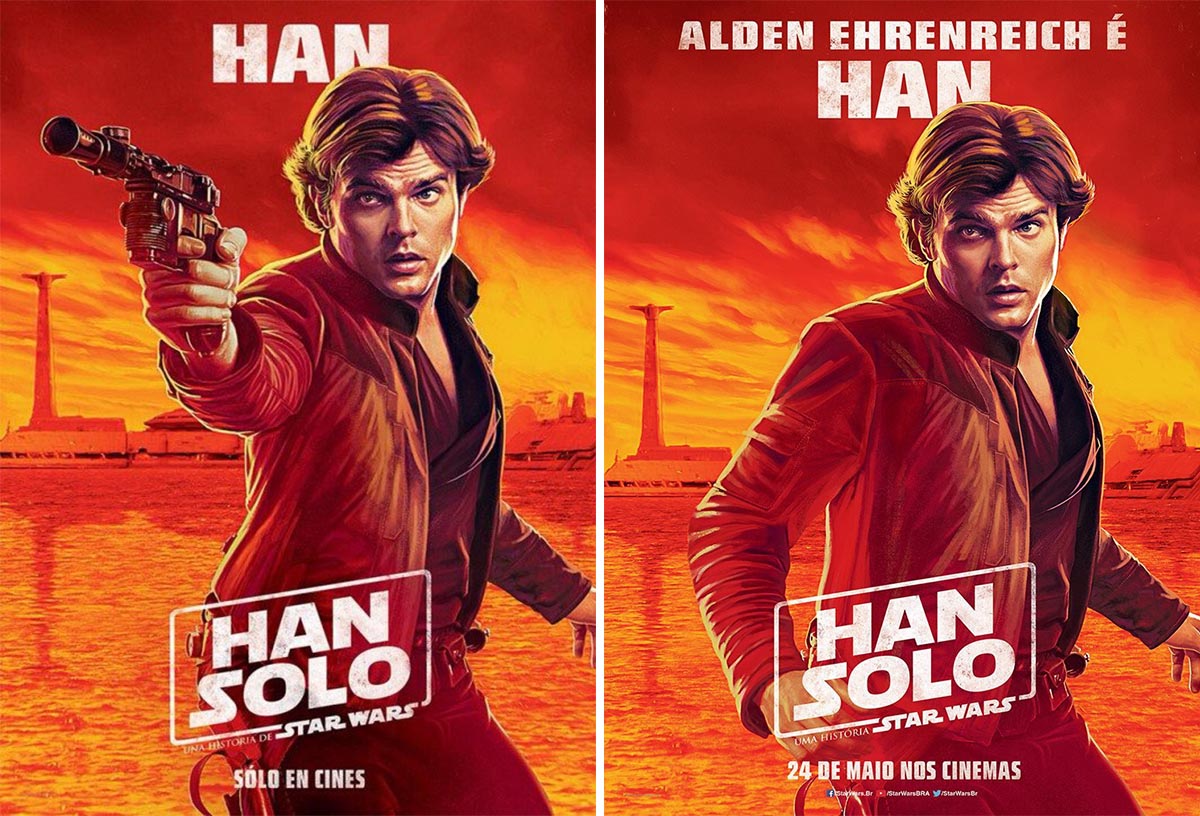 Old Solo, They Have Fallen

Well, it seems that timing – and lawsuits – are everything. Via movieweb, after the potential legal kerfuffle (accusations of plagiarism) surrounding previous poster designs for the imminent Solo: A Star Wars Story got ixnayed by House of Mouse, said house recently released a set of redesigned posters. Of note, the domestic versions illustrate the characters sans weapons. That’s right, that ‘ole scoundrel? No blaster. The ever-popular walking carpet, Chewbacca? No bowcaster present. Nor Bowflex®, for that matter. Because even a Wookie has to work it.

Not than this should come as a surprise to anyone. With the possibility of a lawsuit on one hand and the recent school shooting in Florida, this (marketing) direction was a foregone conclusion. However, in a nice turn for equality, it’s not just the white guy and the Wookie who’ve been neutered. Lando and Qi’ra are rendered (mostly) harmless as well.

Unlike the domestic versions, in new international versions of the posters said removed weapons do indeed exist; or as we like to call them in this Brave New World, they are “unremoved”. On the off-chance you remotely care about this see the above links for comparisons.

As far as this writer is concerned, Han always shot first and he used a blaster. And remember kids, illustrators don’t kill franchises: exceptionally poor and pointlessly diverse story choices do.

You can decide for yourself if Solo: A Disney Joint’s Alden Ehrenreich is worth drawing comparisons to the old scoundrel on May 25h.