As my colleague, Ben McVay, recently reported the Disneyfication of Star Wars has spread to their beloved theme parks. What once were seen as timeless entities that transcended generations, allowing parents to revisit beloved attractions through the eyes of their children, on a recent visit, though, one of my most beloved parks was rendered almost unrecognizable.

The Fall of Disney’s Hollywood Studios

Next to Epcot, my favorite part of visiting Disney World in Orlando was going to Hollywood Studios, or MGM if you’re old school. Having recently returned from the American Family rite of passage to this God-forsaken swamp in the middle of Florida, a lethal injection of Star Wars has crippled this park from being a celebration of Hollywood to one giant commercial for Disney’s Four Billion Dollar property.

While there is a Star Wars Land under development, it appears that Hollywood Studios has been retrofitted to shill Star Wars nonstop. Similar to the California park, Captain Phasma and her stormtroopers march down the center of the park so frequently, it proves how spot on The Simpsons can be with predicting everything.

The Animation Studio that used to offer a behind the scenes look into the work that goes into making an animated feature has been changed into the Star Wars Launch Bay, a home for some Star Wars props, but more of a hub to meet your favorite characters in person!

Walking through the museum, there is a distinct lack of material from the original trilogy. Probably because they needed to make room for Rey’s iconic speeder thing that was in a few scenes in The Force Awakens.

Of course, I had to get a picture of the main attraction:

Apart from the Disney Wars films, the only other prop appeared to be Anakin’s podracer, which was neat, but further highlights the lack of props from Lucas’ original series.

I remember riding the original Star Tours ride sometime in the last decade, but I can’t recall anything about it. This updated version involves wearing 3D glasses while going on a randomly generated series of adventures with R2-D2 and C-3PO. The version I went on involved being chased by Darth Vader surfing around on some type of hovering boogie board. 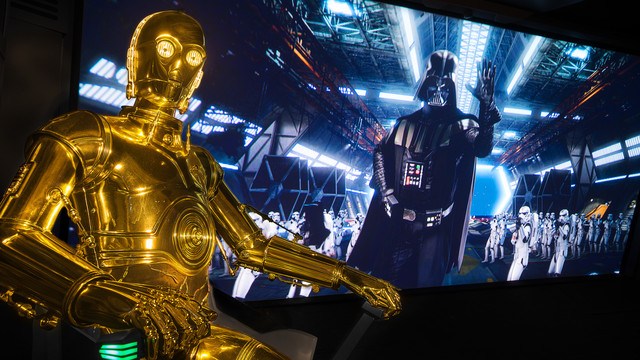 From there, we were whisked away to Tattooine to win first place in a pod race, despite Sebulba throwing a wrench at us. Somewhere along the line, a hologram of Admiral Ackbar told us were had to transport a spy for the Rebel Alliance to some place, so I think we ended up on Coruscant and apparently delivered the spy safely. Yay!

It appears that around the ride they also do the Jedi Training thing for kids that Ben mentioned. All I saw of this was a parade of kids in robes, so they were either involved in that or being taken to be indoctrinated into the cult of Disney. Most likely both.

What Man Would Have You Now?

Along with the slew of merchandise, more on that later, there was a definite push to make Star Wars more accessible to women.

Although Hollywood Studios is currently serving as the closest thing to Star Wars Land, the rest of the parks were brimming with Star Wars merchandise and souvenirs. 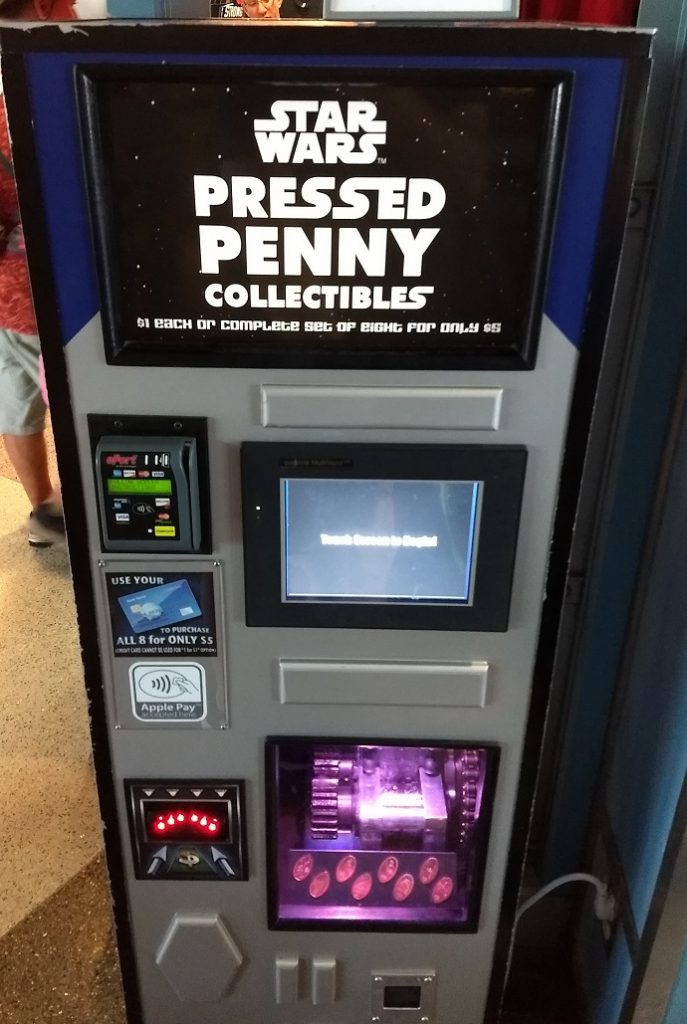 What Hope Is Left?

It may seem pretty bleak, but even in the darkest hours, there’s always a glimmer of hope that things will change for the better. While walking around the Launch Bay Art Gallery, I came across a piece that actually had heart.

Maybe I was just blinded by the overt commercialization of everything else I saw, and the sentimentality made me nostalgic, but I think as long there are people like this artist out there, we may once again see great Star Wars. 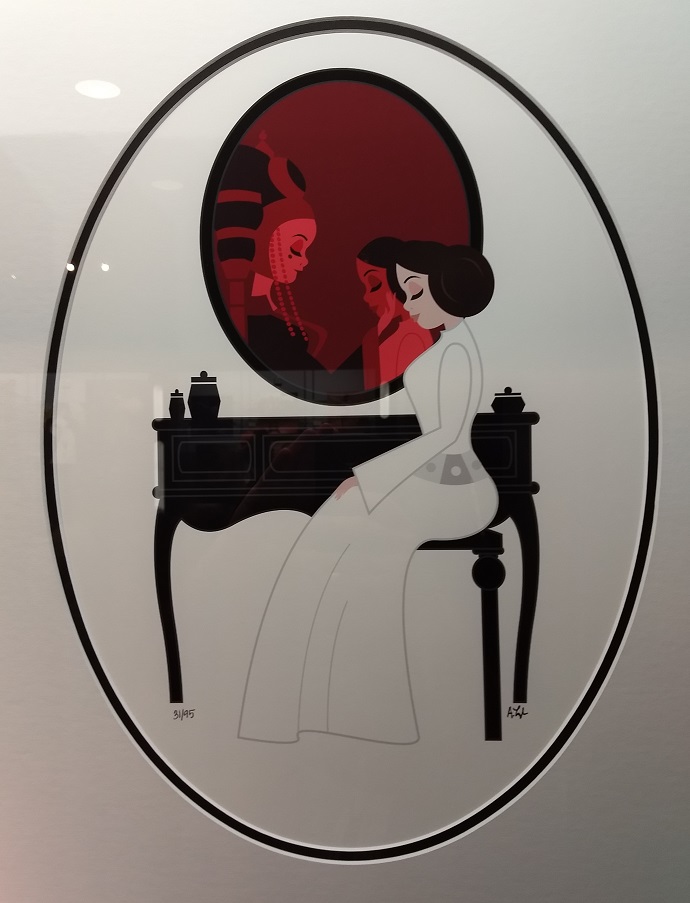 Of course, if there will be a revolution, it will need to start with the customers refusing to buy this crap, and Big Disney is always watching.