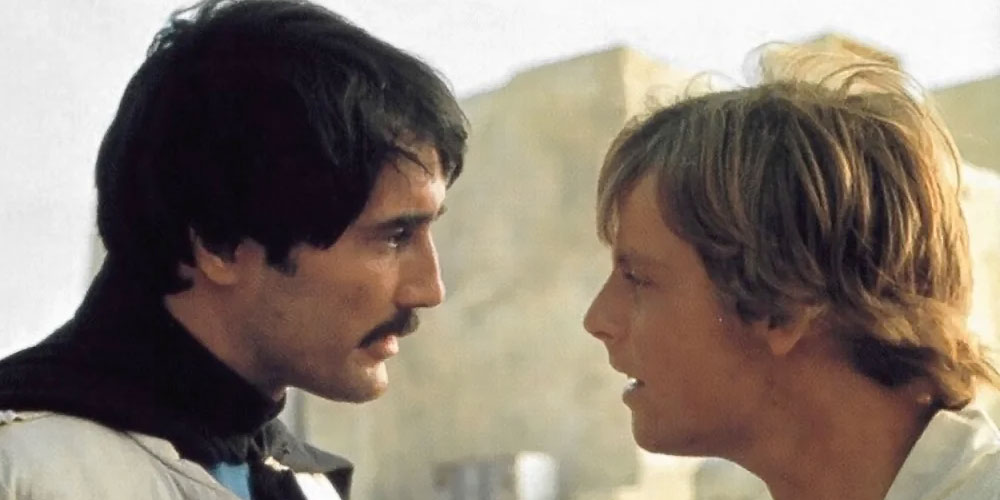 One of the problems with Disney+ is Star Wars. Fans have already seen all the movies a million times and probably own multiple versions of each film. I know I do.

If that’s the case, then how do you get them to sign up and watch something they already have?

Disney’s solution is to get the fans salivating by offering them “unseen” footage and scenes from the original trilogy to get them to bite.

These scenes are unseen if you’re just a casual fan that has never been on YouTube or watched any of the millions of behind the scenes documentaries released by LucasFilm over the years.

All of it is online somewhere.

So as a public service, let’s see what’s new and try to track down what we can before Disney takes it all down.

Some of these clips are from fan recuts that incorporate the final cut of each film.

From A New Hope

…and a recut version of the cantina scene that just changes who shot first… again.

In the Disney+ version of Star Wars Greedo now shouts "MACLUNKEY" before getting shot. This is now my favorite version because why the hell not? MACLUNKEY! #starwars #maclunkey pic.twitter.com/k1XmP8wAZT

From The Empire Strikes Back

Luke and Leia about to get romantic.

From Return of The Jedi

…and Luke making a new lightsaber.

Before The Force Awakens came out, a lot of people claimed this scene was actually leaked footage from Episode VII.

These scenes are just what has been reported to of been added for viewing. If you have an afternoon to waste, you can go on YouTube and find a ton of addition “unseen” content there as well.

Unfortunately, it does not include some of the best BTS stuff, which is Chewbacca speaking English.