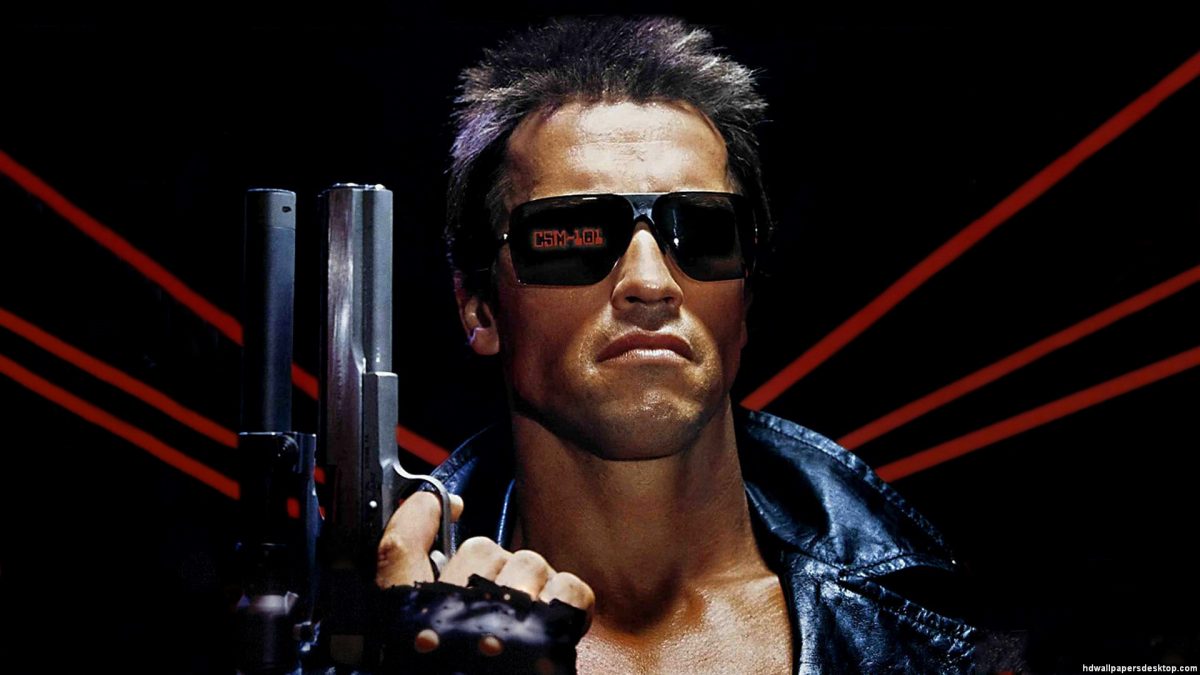 Several studios were interested in James Cameron’s initial script but were hesitant to let the young, as of yet, unproven director helm the project, so passed on it. Cameron was also representing himself, as he’d recently fired his agent for telling him he needed to scrap The Terminator project and work on something better.

To ensure that he would be able to direct the movie, Cameron sold the rights to the script for a single dollar to producer Gale Hurd with the condition that if she wanted to make it into a film, he had to be brought on to direct.

One year after the release of The Terminator, Cameron and Hurd got married.

O.J. Simpson and Lance Henriksen were both considered for the titular role before it was offered to Arnold Schwarzenegger.

Arnold initially didn’t like the idea of playing the villain, having just found success playing the heroic Conan The Barbarian, but eventually agreed.

“Come With Me If You Want To Live!”

Schwarzenegger handled an assortment of guns every day for a month to prepare for the role. During the first two weeks of filming, he practiced weapons stripping and reassembly blindfolded until the motions were automatic, like a machine. He spent days at the shooting range, practicing with different weapons without blinking or looking at them when reloading or cocking. He also had to be ambidextrous.

To make The Terminator seem more unsettling, Schwarzenegger refrained from blinking wherever possible and spent the majority of the film with his skin covered in a thin layer of Vaseline so that his face had a perpetually waxy appearance.

He also tried to minimise any unnecessary movement while playing The Terminator. This efficiency of movement also included scenes where he wasn’t using weapons.

When The Terminator’s hand is getting pummeled by a lead pipe by Kyle Reese, it was Tom Woodruff Jr., who worked special effects, allowing his hand to get the beating of a lifetime. He lost feeling in his fingers and as a reward, Cameron sent him a Christmas card that read, “Merry Christmas. Hope the feeling comes back to your fingers someday.”

The most famous line from the film, “I’ll be back” almost never was. Schwarzenegger stated he had trouble saying “I’ll” and tried to convince Cameron to change the line to “I will be back”. Cameron disagreed.

Schwarzenegger only has 58 spoken words in the movie. Technically, The Terminator says more than Arnold’s 17 sentences, but one is an overdubbed voice of a cop, and the other is in Sarah Connor’s mother’s voice when The Terminator tries to deceive her.

The cop who Schwarzenegger takes the car from was portrayed by William Wisher. Wisher, a friend of Cameron’s, was credited with “additional dialogue” for the film and later co-wrote the sequel with Cameron.

For a long time, and it might still work if you own an Apple II, and you enter “] call -151 *” at the basic prompt, you get The Terminator’s view.

The Terminator was selected by the Library of Congress for preservation in the National Film Registry, being deemed “culturally, historically, or aesthetically significant”.