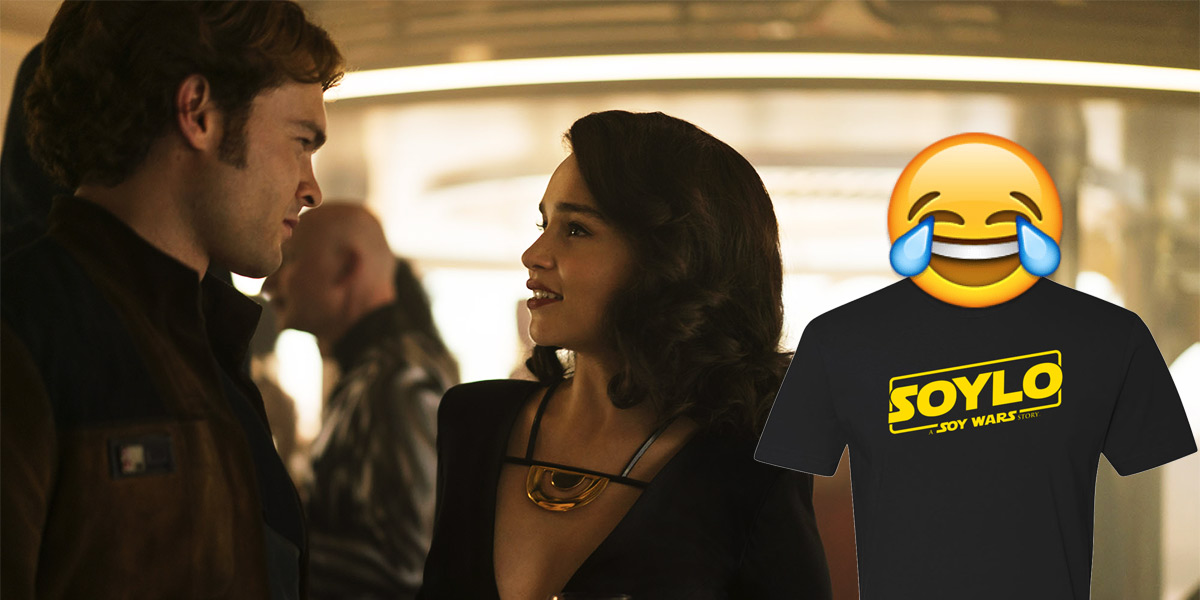 With Solo: A Star Wars Story dropping in 10 days, Disney has its propaganda machine in full hyperdrive to ensure that a troubled production and an awkward promotional rollout doesn’t lead to disappointing numbers at the box office.

And since the premiere last week in Hollywood, the marketing machine seems to have started to put up some real wins on the board, check it out:

Wew. The reason a lot people thought this movie was a terrible idea is that it going to show the growing pains of one of the coolest and most charismatic character in the history of fiction. Everything you feared has come to pass. This is “awkward teen” Solo.

I don’t know what to say about this. Actually, yeah I do. “Presumptuous” is simply a stand-in for “privileged” here.

It looks like this will be another The Last Jedi filled with blundering and acquiescing male characters who are continually deferring to and being corrected the overbearing female characters.

This is not about entertainment, it’s about sending a message.

And yes, you actually heard NuLando call the droid “M’lady.”

We already know what the shill-synths and hive-mind thought about the movie. But what do current and former Disney employees think?

The Han Solo Approves Of NuSolo

Apparently Harrison Ford dropped by a photo shoot and had a heart-to-heart with NuSolo where he expressed his admiration for Ehrenreich’s take on the character.

Well, at least according to NuSolo. Ehrenreich says, “It’s just such a huge deal to have him really genuinely enjoy the film.”

So the BitchDroid, played by the woman who wrote Killing Eve, delivers some of the “funniest moments” in any Star Wars movie?

Coming from a guy who had one of the heroes of The Last Jedi pratfalling like a drunken Cosmos Kramer, this kind of endorsement carries more suspicion then weight.

You know what I don’t see him taking about? Subverting expectations. So maybe there is, dare i say it — “hope”?

Well, some people don’t think so.

Some brave YouTuber, some anonymous hero, made this t-shirt: 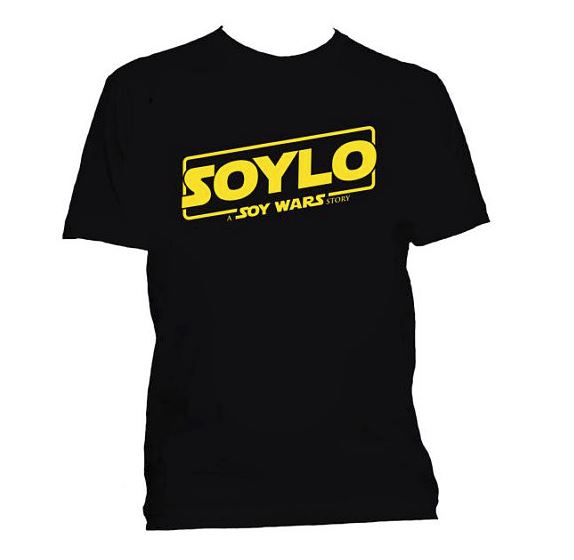 For those who are not #woke, the term “soy” has become synonymous with a man who is weak of character, conviction and physical strength. In other words, a kinder, gentler, less masculine man; a boy-kin, a man-child, a NuMale.

This is because soy, in its unfermented form and specifically soy protein with most of the isoflavones removed, contains the starter compounds — phytoestrogens — that lead to the production of estrogen in the body.

Soy literally turns a man into… something unnatural; which usually manifests in a characteristic that helps us identify soy-eaters in the wild — the disgusting “Soyface”:

I don’t care how many electrons the soy-based media spills trying to quash the truth on this; science doesn’t lie, right? You do Love Fucking Science, right?

It’s All Up To You Now

Get your Solyo t-shirt and check back this evening for our reactions to the first legitimate reviews of Solo: A Star Wars Story.