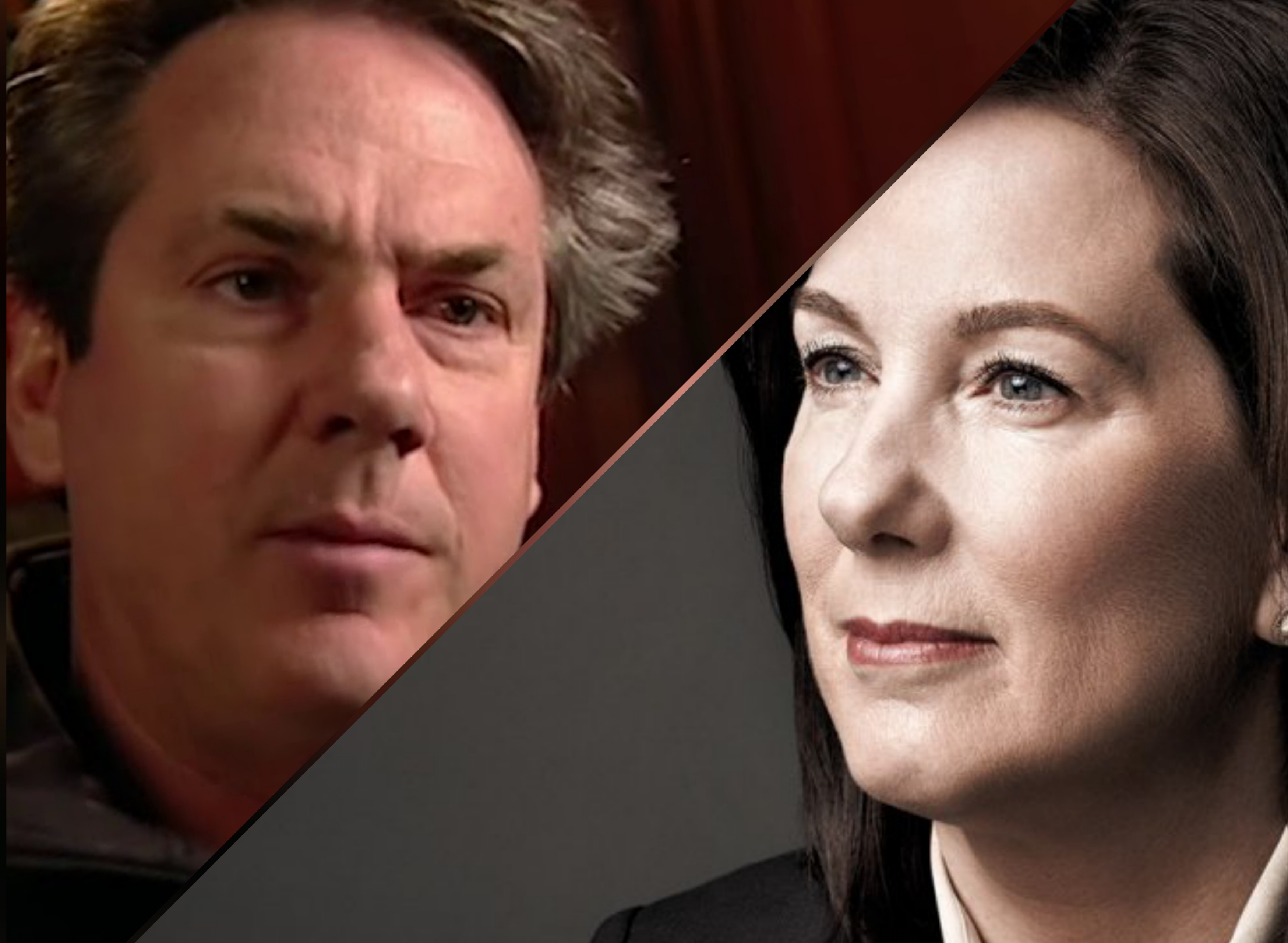 That Kurtz Was Our Last Hope

The matter concerns Kathleen Kennedy and Rick McCallum. The question posed is a seemingly simple one:

Who is the poorer Lucasfilm, Ltd. (LFL) producer?

Obviously, no one could measure up to producer Gary Kurtz in terms of helping to shape the saga, but really.

Here following are the ways in which McCallum and Kennedy put shame on the once-great entertainment name of Star Wars.

A producer in the very truest sense of the word, McCallum joined LFL when production began on The Young Indiana Jones Chronicles. I’ve never seen one of those episodes but I understand that they were quite good.

Yet most famously, or perhaps infamously, McCallum is the man who most directly enabled George Lucas to take a massively misguided, or perhaps unguided, step toward adding episodes to the Star Wars saga.

Here below, McCallum sums up the entirety of the prequel trilogy:

In the video here below, at the 2:10 mark, we hear McCallum’s own thoughts on what a producer is.

As you can see, McCallum has a commanding tone of voice, is well-spoken, quick-witted, and is very direct and sure of himself.

I don’t know of any evidence that McCallum gave Lucas anything other than sympathetic puking and lip service about how great he thought the prequels were. Oh, and he was the heavy for George: kicking ass, taking names, keeping the budget and schedule on point, all so George could realize his Gungans and whiny Jedi.

If anything, Lucas second-guessed himself while McCallum let him stew and tried to figure out the best way to act producerly in the midst of trouble. Feel the pain:

Special thanks to Mr. Plinkett.

However you feel about the prequels, the fact that Star Wars as a brand not only survived them but prospered from them, says more about the timeless brilliance of the original unaltered trilogy than anything else.

A date which will live in — hmmm. I don’t know. The hell with it. At the time, I was thrilled. “More Star Wars movies,” I said to myself. I thought the saga had ended with a long, loud fart sound from 1999 to 2005, but now, redemption was on the horizon!

On that date, George Lucas and Disney CEO Bob Iger announced that Disney would be acquiring LFL and all of its properties for just over $4 billion.

Walking out of the theater at 12:30am on December 15, 2017, to a cold north wind that was so chilling it caused my wife and I to run to our car, I was turning over in my mind how wrong I had been about redemption for the saga.

Kennedy joined LFL in June of 2012, leaving her husband Frank Marshall as the primary leader of their production company.

Corporate lesson, kids: when you see a major shift in upper-level personnel, expect something much larger to change in the very near future.

I’m no FBI agent, nor am I a psychologist, but I recognize body language:

Poor George is slumped over. I know he must be weary of carrying Star Wars and maybe it’s a touch of his well-known guarded personality, but I feel a little bit bad for him here. Look at his hands when he talks about the saga and its pieces. He stirs his hands around like he’s got a 1000-piece jigsaw puzzle that he doesn’t want to work on anymore.

And Kathleen… she’s definitely guarded. She is sitting as far away from George as she can get, all the while a predatory gaze fixed on him. She’s just anxious to take the reins.

All Work And No Play

I suppose Kennedy is right to feel that way. She’s right to want that power. After all, here’s but a sampling of the art she helped create:

That’s a helluva list. We’re talking billions of dollars, some fantastic ideas, a lot of fetched coffee, and for what they’re worth, a few Oscar nominations. She’s no slouch.

Surely, with a record like that, she’s the perfect person to lead LFL and the Star Wars saga into the future. Right?

It Was As If Millions Of Fanboys Cried Out In Terror

The Force Awakens was ok. It had just enough — perhaps too many — Star Wars elements to make it feel like a decent sequel to the original trilogy. If nothing else, it set up a massive amount of dramatic potential: Who the hell is Rey? What will Kylo do next? Who is Snoke and why are Luke and Leia both wary of him?

As we now know, whether you accept it or not, The Last Jedi promptly took a runny shit all over that potential. Fuck that stupid fucking movie and Rian Johnson.

But now, my bigger question is: why would Kathleen Kennedy knowingly allow Rian Johnson to fuck up what should’ve been a $2.5 billion slam dunk? And let’s not even get into Solo: A Star Wars Story.

On second thought, yeah, let’s talk about it. I think it is now abundantly clear that Kathleen Kennedy is out of her depth here. Maybe it’s the grind of running LFL or maybe she’s just been this way all along, but it’s clear that she can’t manage things and push her agenda at the same time.

What Say The People?

I posed this question to my online friends, which happen to be my only friends, but that’s neither here nor there. Who is the worst LFL producer?

Here below are some replies that took me by surprise.

Above I listed but a few of Kennedy’s accomplishments. Here are Capt. Supermarket’s thoughts on that point:

“She didn’t facilitate shit. Every hit on ‘her’ resume she either ‘co-produced’ alongside Spielberg or Marshall (or someone else competent and established) or ‘executive’ produced alongside, well, guess who, mainly…?

McCallum was just a used car salesman by comparison.”

“…knee pad wearing lackey vs arrogant harpie with a confused agenda and contempt for the fans who gave her a living? I’ll take the stooge.”

That’s the second time Kennedy has been called a harpy!

And here is perhaps the most compelling answer I received, from my homie Aldo B.

“I’d say Rick. Why? Well he set the bar very low with the prequels which gave rise to KK. If Rick has created a top notch prequel trilogy I don’t know if KK would be ‘thriving’ now.

So Rick McCallum is the father of this Empire of Dirt.”

That’s very insightful and was something I hadn’t considered.

If the prequels had been better and more well-received, poor George may have been in a better frame of mind and may have made the sequels on his own.

The world will never know. All we know now is heartache.

Nowww Her Failure Is Complete

I have to go with Kennedy, for one simple fact: she chose ideology over mythology.

Gone are the archetypes and standards and heroes and heroines.

Here now are generic painted boards with face holes cut out so anyone can stick their own face through and see themselves looking different without trying to be different.

Also, FUCK RIAN JOHNSON AND WHAT HE TURNED LUKE SKYWALKER INTO.

So now I’d appreciate hearing your own thoughts in the comments below.