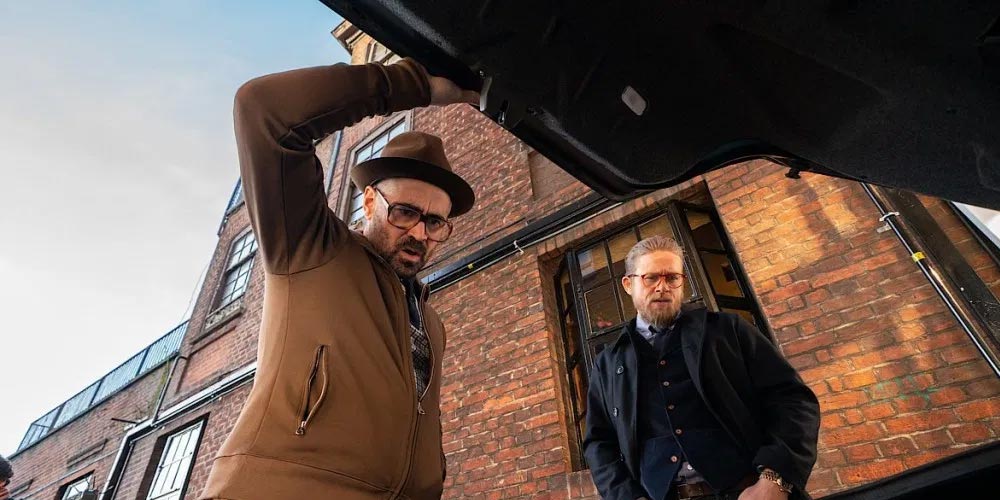 While he’s certainly missed the target a few times, any man who turned out the brilliant Lock, Stock and Two Smoking Barrels, the excellent Snatch and the good — if somewhat routine — Rockarolla deserves the right to make movies in this genre until Civil War II kicks off.

Now, Richie is back with possibly the highest-profile cast ever for one of his Brit-crime capers in The Gentleman:

American expat Mickey Pearson has built a highly profitable marijuana empire in London. When word gets out that he’s looking to cash out of the business forever it triggers plots, schemes, bribery and blackmail in an attempt to steal his domain out from under him.

I can’t say that I like the look of it. It’s the same look that Rian Johnson’s Knives Out and Matthew Vaugn’s The King’s Man both have.

What do you call this cinematography style?

Corinthian leather? I know one of our Big Brains in the comments will know.

I much prefer the gritty, oversaturated way that Lock, Stock and Snatch were shot.

And what’s with stealing Vincent’s line from Collateral?

Still, this great lineup of European Mad Lads plus Professor Magic Matt and Snake Eyes means that this one is going to get a first-run viewing from me.

The Gentleman is coming soon to what I assume is going to be theaters.