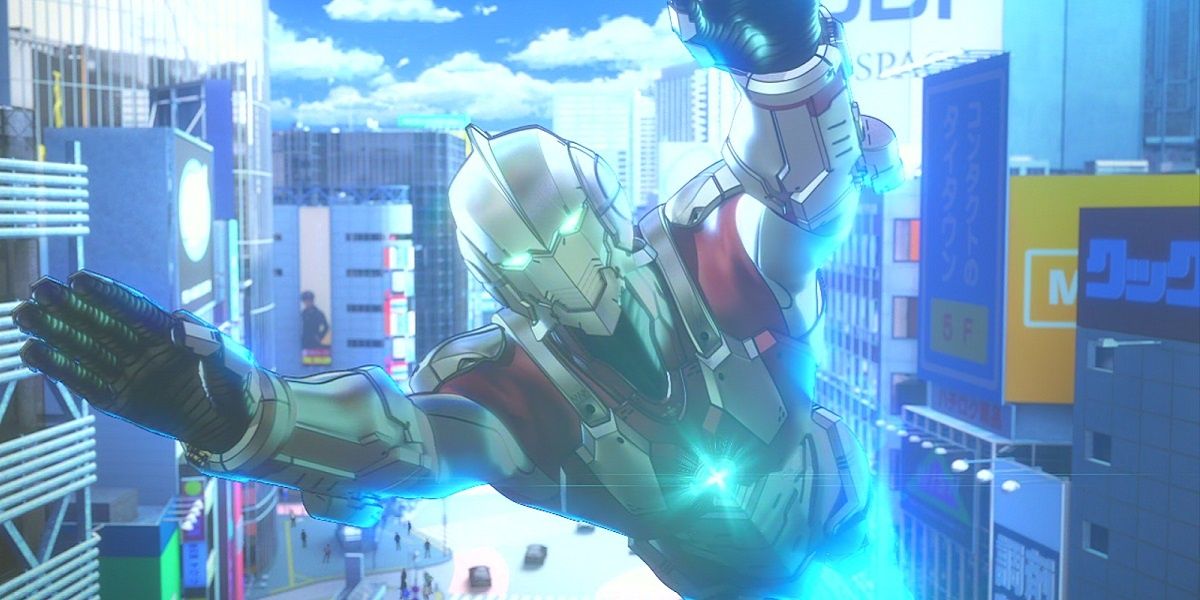 Netflix’s animated Ultraman serves as a sequel and a reboot of the long running series. It acts as a direct sequel to the 1966 Japanese television show of the same name and ignores all subsequent series, establishing a new continuity.

Based on the first part of the ongoing manga by Eiichi Shimizu and artist Tomohiro Shimoguchi, the story also draws from some of the later live action shows. It’s done in a way that does not require any prior series knowledge. While it can appeal to newcomers, it has plenty of nods for the longtime fan.

The Return of Ultraman

After Ultraman left Earth in the original series his human host, Shin Hayata was physically altered, giving him enhanced strength and power.

While Hayata lost his memory of his time as Ultraman in the last episode of the orignal series, it gets rekindled when an alien threat appears. Hayata joins the now secret SSSP (the Science Patrol of the original series) to help combat the returning alien invaders.

Hayata’s power is also passed to his young son, Shinjiro. After quick time jump, Shinjiro is presented as a high school student, and the focus of the series shifts to him as the protagonist.

Without going into real spoilers, the main story basically involves Shinjiro deciding to become, and then learning how to be Ultraman.

It is standard origin fare is some respects, but Shijiro retains a level of immaturity that a hero would normally overcome in the first act of a comperable story. It makes him a believable high school kid in the a fantastic situation.

A love interest with an up-and-coming pop star idol is teased, but it ends up being more than just straight forward or perfunctory. This is all mixed in with a serial killer plot and larger issues with various aliens hiding on Earth.

Long time fans will likely be able to anticipate some things, but there are also new twists on characters, names and designs from the past.

Bringing Ultraman Down to Size

The idea of making an Ultraman series without the giant hero and monsters seems contradictory. Despite that major radical departure it ends up a satisfying continuation of the legacy while shaking up the formula.

Recent Ultra Series entries will show the host character “inside Ultraman” while transformed, to make the action more relatable. But there never really is a sense of danger, losing just means transforming back to human form. Having the character in a suit raises the stakes of battle and makes it more personal.

In general CG anime doesn’t have the appeal of traditional 2D and for this series it sometimes comes across like a video game cut-scene. However, the action and fight scenes are very well done.

Obviously, animation allows for some of the aliens to move and express themselves better than traditional man-in-suit techniques. The action feels very much in the spirit of the original.

Three Minutes are Up!

Overall, the series is quite enjoyable. The story has a nice arc for Shinjiro. The manga is still ongoing, so there is plenty of story left to tell. If there is another season it will be nice to see some of other characters fleshed out.

The only real problem with the story was the idea that Hayata never spoke to his son about the powers he and his son shared. Also, it’s hard to buy that somehow Shinjiro would learn to hide his power all by himself. Maybe some of it could be partially waived as cultural, but it feels off.

The one major nitpick is that the subtitles are way too edgy. The slightest rude Japanese is needlessly translated into much harsher English profanity. It’s off-putting because the Ultraman brand has always been something that is pretty kid friendly. The show is certainly more mature in theme and visuals than some entries in the Ultra Series, but the unnecessary F-bombs in the subtitles are jarring.

A minor aside is that it would have been nice to have Susumu Kurobe and Masanari Nihei reprise their roles for the voices of Shin Hayata and Mitsuhiro Ide from the original series. The consolation is that the show utilizes original sound effects of the original series to hit those nostalgia buttons.

Again, the show has just the right amount of flourishes from the old show while still being a fresh new take on the property. Here’s hoping that more seasons will follow.