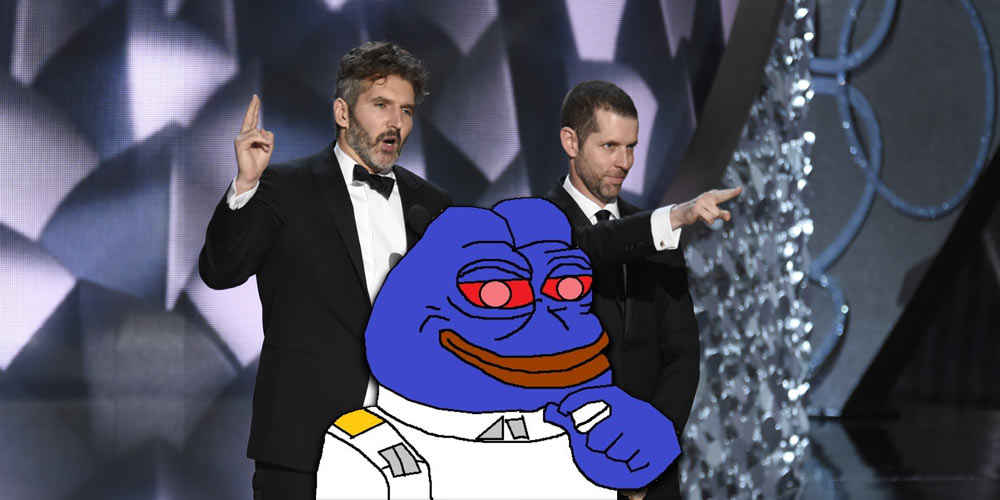 Variety has confirmed what Film Goblin has been speculating for some time: David Benioff and D.B. Weiss will not be writing, directing or producing a Star Wars trilogy.

In February 2018, it was announced that the pair, who successfully adapted G.R.R. Martin’s obscure fantasy novels into the smash hit Game Of Thrones, would be given a three-movie cycle.

The first entry of their trilogy, which was to be completely separate from the main Star Wars storyline, now referred to as The Skywalker Saga, was scheduled for a December 16, 2022 released.

All of this was before Game Of Thrones disastrous final season and subsequent fan backlash.

It was also before they said some really, really dumb shit in a moderated discussion at the Austin Film Festival over the weekend: 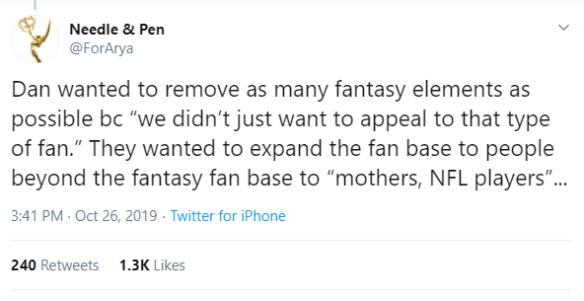 They went on and on about how they didn’t really like the fantasy genre and how they wanted to make it modern, about power, politics and sex as opposed to swords, wights and dragons.

Seriously, check it out for yourself.

A truly bizarre betrayal, but not really a surprise, because for these two guys, the fantasy genre was never great:

What a bunch of fucking phonies. Even I didn’t see their hidden hatred.

Did reaction to the sloppy, rushed Game Of Thrones ending lead to the termination?

Not according to Bob Iger, who gave the boys a massive vote of confidence even after the media shills and cheerleaders abandoned the show.

Did the duo become toxthic after the boneheaded incident in Austin?

Since when did Lucasfilm or Disney care about pissing off the fans?

Or was it all just PR to keep the Star Wars brand afloat until its lagging fortunes — and dying public interest — could be revived by the triple stim-packs of Kevin Feige, controlled leaks and a new trailer?

In any case, everyone is lying, all the time, especially these double douches.

Via a statement, the pair did like Film Goblin and just blamed everything on Netflix!

“We love Star Wars. When George Lucas built it, he built us too.”

This actually might be true, because, like Lucas, they also turned out to be hack-frauds who didn’t understand the IP they were working on.

“Getting to talk about Star Wars with him and the current Star Wars team was the thrill of a lifetime, and we will always be indebted to the saga that changed everything.”

Why is everyone now so intent on pretending that Lucas is creatively involved with Star Wars when it was made apparent from the beginning that the Witch Queen Kennedy and her coven banned him from participating?

“But there are only so many hours in the day, and we felt we could not do justice to both Star Wars and our Netflix projects. So we are regretfully stepping away.”

If one already had a contract for three movies with Lucasfilm how can one sign another contract with Netflix, Disney’s main rival, that prevents one from fulfilling the commitments of the first contract?

You can’t. Again, everyone in this business is a liar so act accordingly.

The only thing this really means is that Kathy is out, Kevin is in. 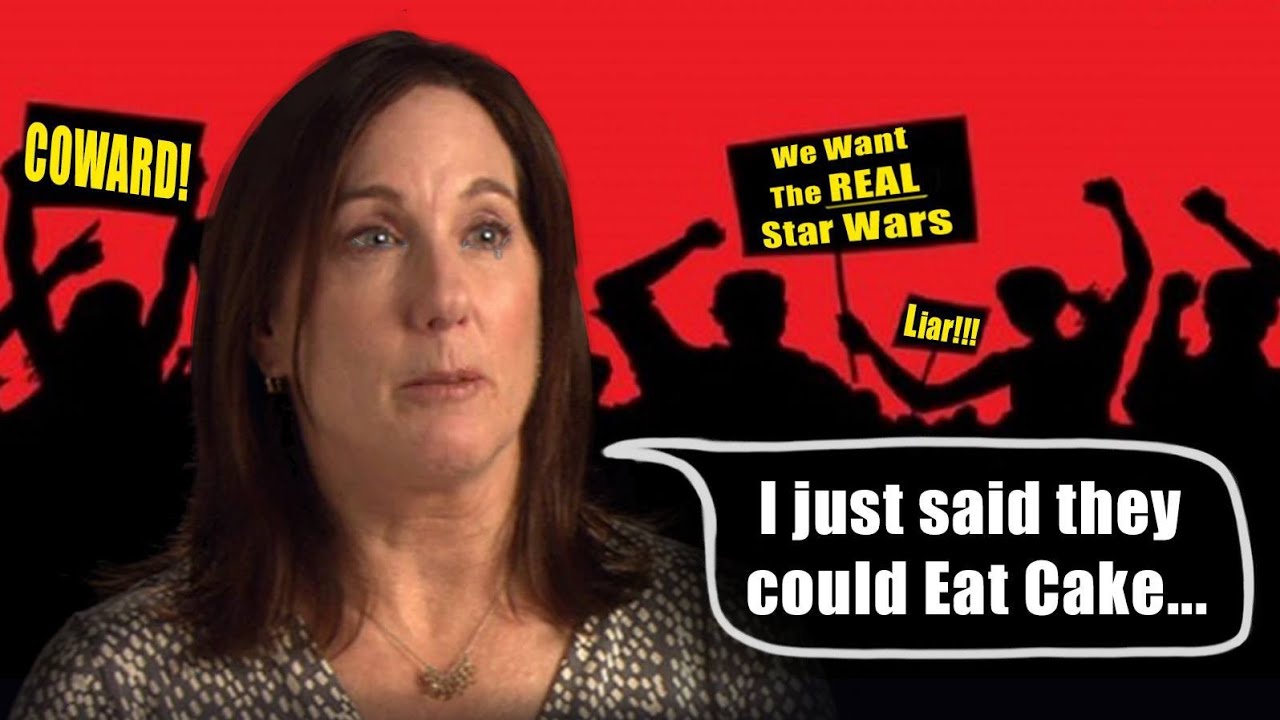 But let’s ask her what she thinks while she’s still in charge over there:

“David Benioff and Dan Weiss are incredible storytellers. We hope to include them in the journey forward when they are able to step away from their busy schedule to focus on Star Wars.”

Keep checking back with Film Goblin for all your genre entertainment news.

We deliver our opinions on Hollywood movies, shows, games and headlines without the spin of the billion-dollar corporations that are ruining our beloved hobbies, franchises and intellectual properties.