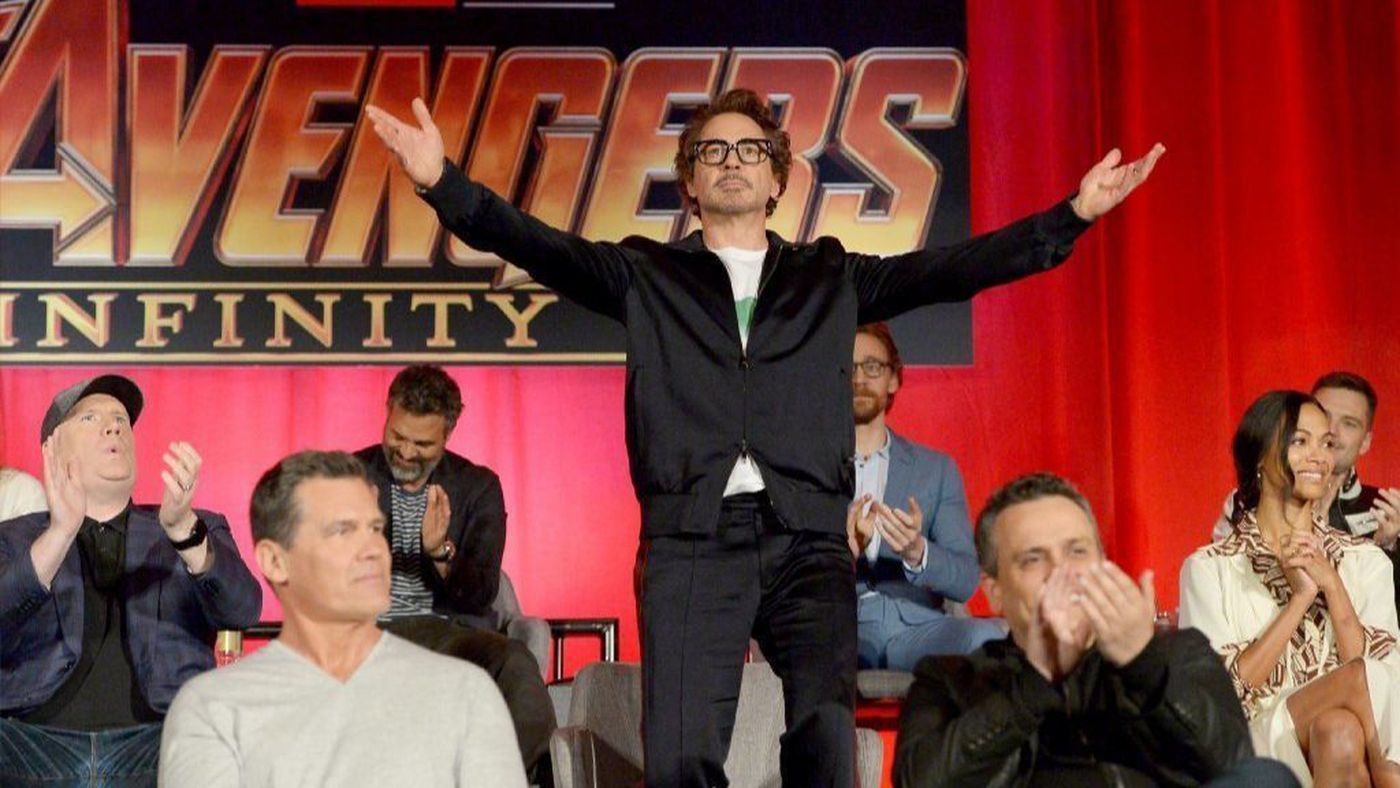 It’s finally landed. The movie 10 years in the making. The movie with 72 speaking roles. The movie that is tracking to destroy all known box office records. Except worldwide total because nothing can beat Avatar; fight me on that one in the comments if you want.

And people are reacting! Or rather, everyone is losing their minds and coming out of their shoes to have the most hyper-ventilating, hyperbolic tweet about this movie. So let see what they are saying:

A legit, unironic “OMG” from a woman that’s in the movie. Ballsy. Or shameless.

For those who are uninitiated, this next dude directed Dr. Strange; but we are initiated aren’t we, Scott? Members of the League of Shillers!

Speaking of being in league, let’s see what the professional comicbook “nerds” and fanboys have to say about 20 of their favorite super-heroes coming together to fight another world-ending CGI annihilation.

I am overwhelmed. The movie is epic beyond compare. LOVED it. My legs are still shaking. It’s a gigantic @Marvel masterpiece. So much to say but I’ll stay Silent Bob til Monday so as not to slip in spoilers. Suffice to say it’s gonna be a looooong year until @Avengers 4… pic.twitter.com/aHnsgj5MK0

Guis, his legs were shaking. Are you sure that wasn’t another blowout?

But wait a minute… “a loooong year”? So we’re getting the next Avengers movie in a year? How in the hell come nobody at Film Goblin knew that?

Jaw on ground. You are not ready for 'Avengers: Infinity War'. All you have to know is AVOID ALL SPOILERS! Seriously. Go in knowing as little as possible. The @Russo_Brothers did the impossible. Wow. pic.twitter.com/noKZ5cQWdc

“Jaw on floor.” Hmmm, I wonder what his reaction was when the second plane went into the second tower. Where do you go higher in your reaction-stack from “Jaw on floor”?

Just in case you’re not getting it, here is another Collider gui:

Here we have someone telling us to go ahead and just buy tickets to two showings RNG (right now, guis!) because one viewing is not enough:

Buy a ticket for a second viewing of #AvengersInfinityWar now. The movie delivers, it's huge, and no one in your theater is going to be able to sit quietly through this one. Expect the unexpected. pic.twitter.com/8eobaAYrSF

It’s almost as if these people make a living off of generating interest in these movies!

All right, we heard from the trogue-feeders; let’s see what the legit critics have to say about Avengers: May Peace Be Upon It:

I saw #AvengersInfinityWar earlier tonight and I can say that it delivers. There's a lot of really fun character interactions, some cool action moments (Thor's powers, Iron Man's suit), and a few powerful emotional beats. Most of the humor is ?? Also Captain America is ? pic.twitter.com/WoZNPDpGXk

Although she had neither tremors nor did her jaw dislocate, she seems to think it’s a pretty good movie.

And here is another one saying “Watch it twice!”

Another thing: I've been reviewing films for decades now, and I have never heard an audience react to the end of a film like the #InfinityWar audience reacted tonight. It was an astonishing experience. (And it's another reason I want to see the film again in a packed house.)

Uh oh, oh no… that kind of reaction can mean only one thing: an awesome post-credits stinger, right?

#InfinityWar is everything you want, nothing you expect. It’s funny, surprising, dark, filled with delightful interplay between characters never seen on screen before. I know many filmmakers say they are trying to make a sequel in the vein of Empire Strikes Back, this succeeds.

Fucking Empire Strikes Back? You mean The Last Jedi wasn’t?

#AvengersInfinityWar: Despite some truly thrilling moments, feels like less than the sum of its parts. A definite step down after that epic run of GotGV2 / Spidey / Thor 3 / Black Panther, but what else did I expect?

Eh, some girl from Mashable. Who cares what she thinks anyway? But is it possible that it might not be Avengers: King Of The Jews? After all, why is it still embargoed over at Rotten Tomatoes?

I’ve left every Marvel movie with a sense of where the franchise was going. The strong “Avengers: Infinity War” is the first time where I’m utterly perplexed about what’s next. There were audible gasps at the NYC screening. pic.twitter.com/xouqNzh7ps

I’m not too sure how legit of a film review I’m going to get from CNN.

#InfinityWar may be the most expensive Hollywood movie ever designed to mess with its audience. People sure are going to sit through a lot of credits!

This guy is from IndieWire, so this seems like a bonafide opinion.

AVENGERS: INFINITY WAR is basically CAPTAIN AMERICA: CIVIL WAR times 20, except with less hero-on-hero fighting. I think people who loved the airport fight in CIVIL WAR like I did will go nuts for this film, and people who were bored will be 20 times as bored here. #InfinityWar

Well, it’s really hard to tell what we’re getting ourselves into with this movie.